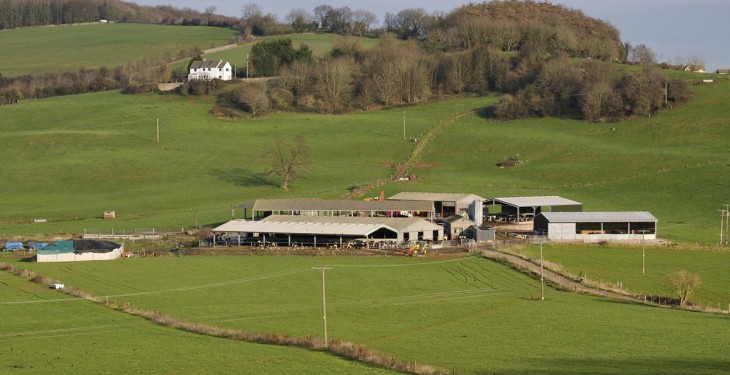 Over the past 12 months, the Department of Agriculture has announced an array of schemes many of which offer generous farm building grants.

A significant amount of money has been allocated to farm building grants and we’ve detailed some of the key schemes for farmers, from those aimed at young farmers, to dairying to old farm buildings.

Details of the new grants for young farmers, which cover 60% of farm investment, was announced last year.

The young farmer grants come under the Young Farmer Capital Investment Scheme, is the first of the new Targeted Modernisation Schemes (TAMS II). 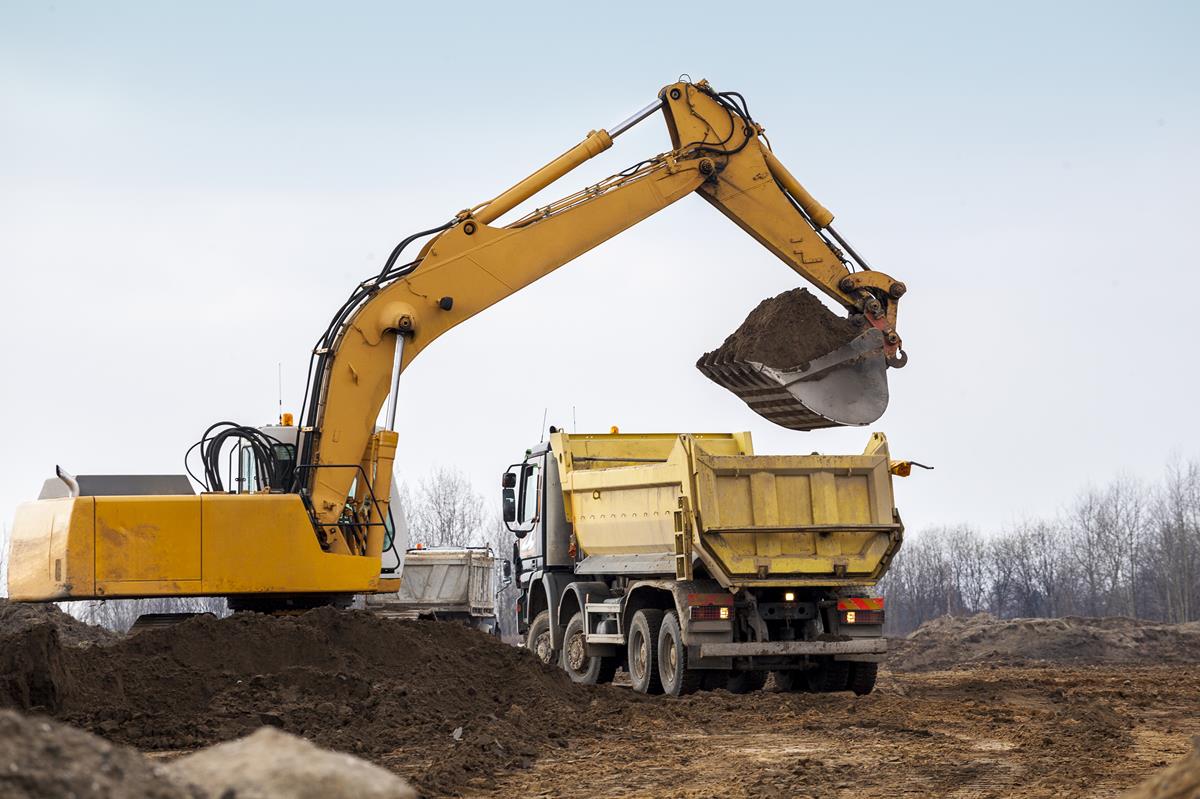 An indicative allocation of €120m has been made available to young farmers under the terms of the new Scheme over the full RDP period.

See if you are eligible for the scheme

See a full list of eligible investments under the scheme.

The new TAMS II Dairy Equipment Scheme, which is the second of the new Targeted Modernisation Schemes (TAMS II) to be launched under the new Rural Development Programme 2014-2020, is now open. 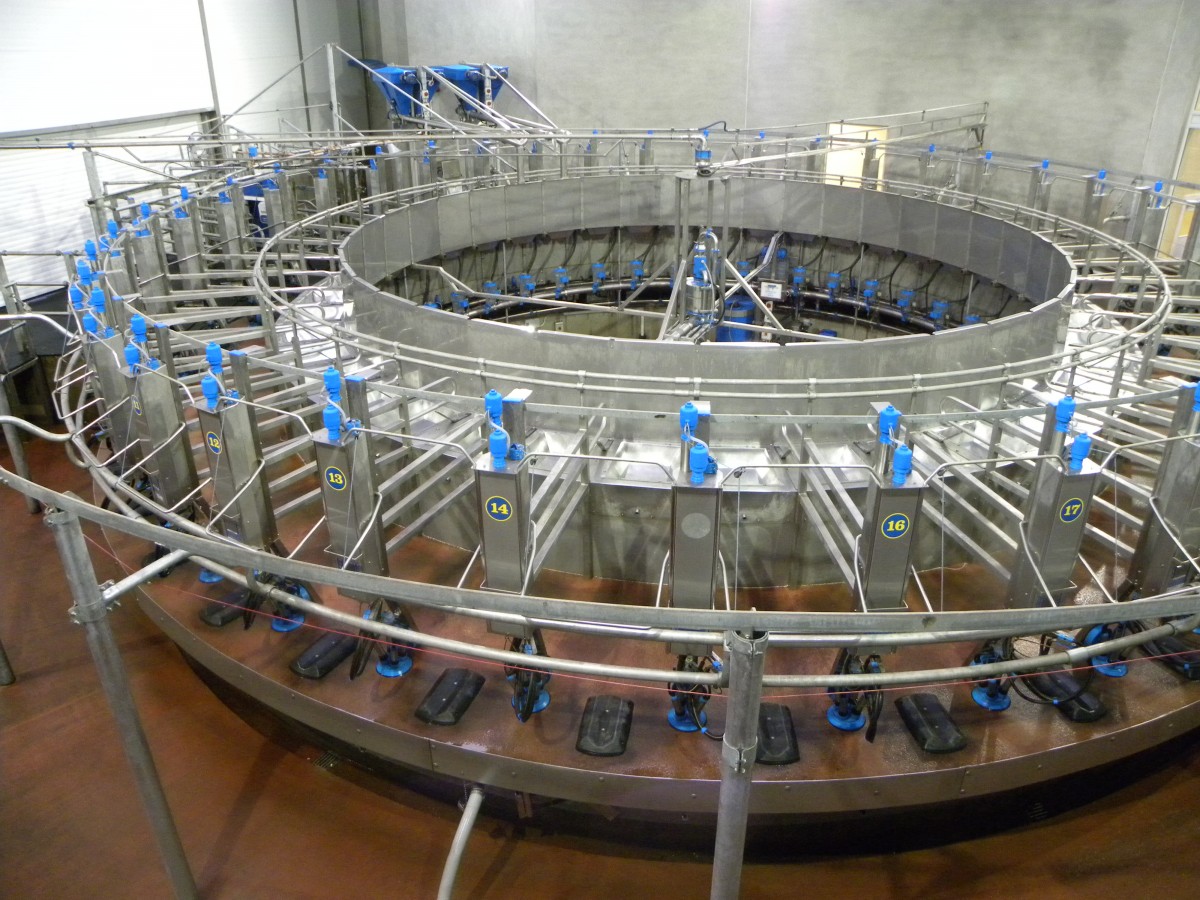 The Dairy Equipment Scheme is open to all farmers who meet the general eligibility criteria, offering a standard rate of aid of 40%.

The specific areas of investment will include milking machines, milk cooling and storage equipment, water heating and in-parlour feeding systems.

Are you eligible for the Dairy Equipment scheme

The Animal Welfare, Safety and Nutrient Storage Scheme is also included under TAMS II and includes a large variety of investments for farmers.

Eligible investments range from the construction of new animal housing, the provision of nutrient storage facilities and the ever-important safety elements. 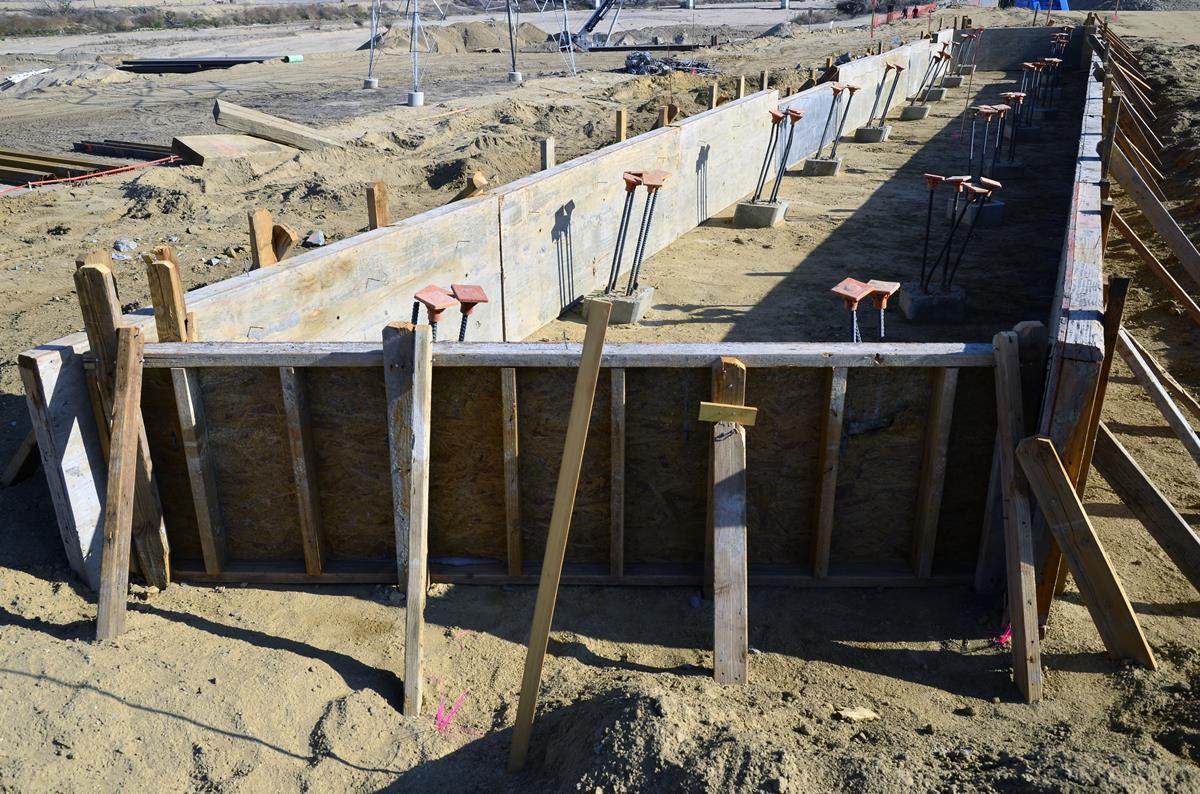 Grant aid is available under the scheme at a standard rate of 40%. 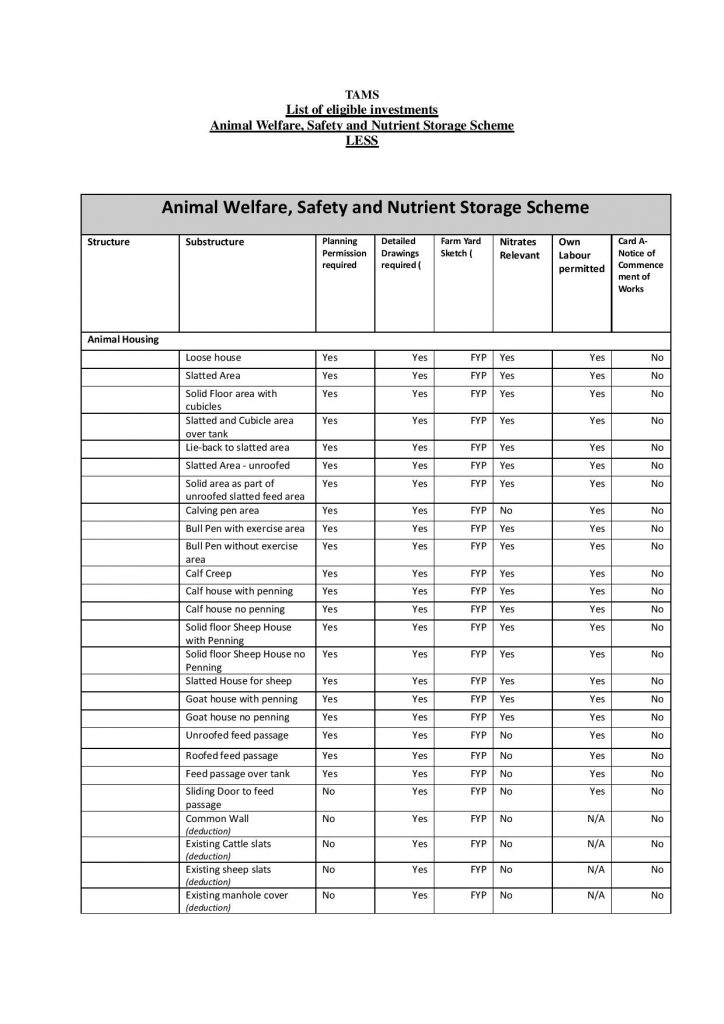 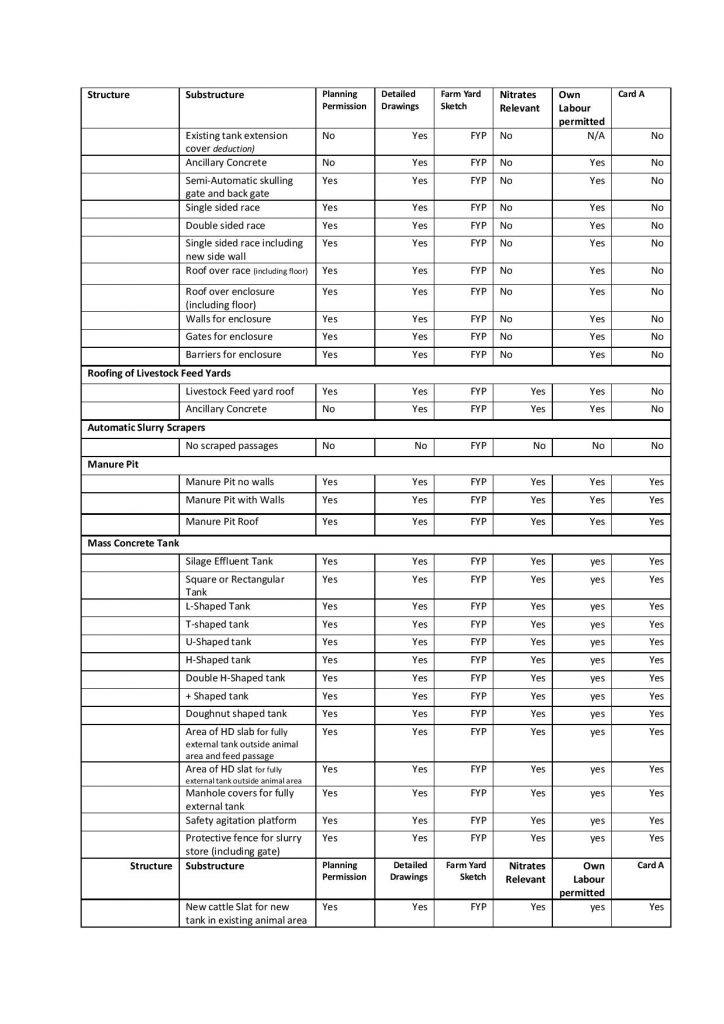 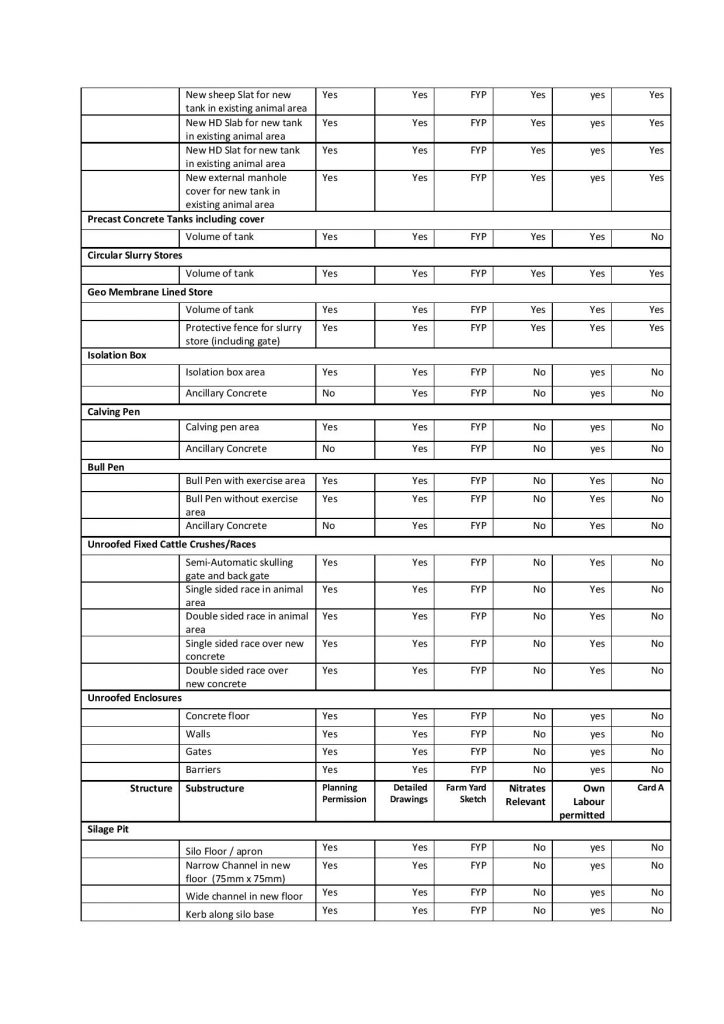 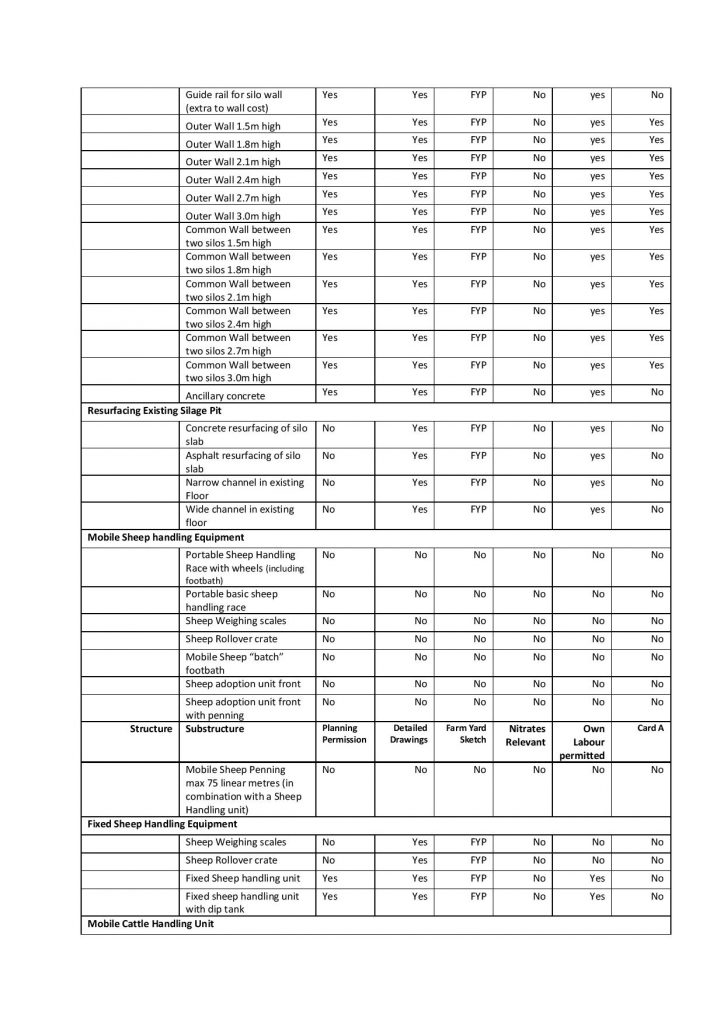 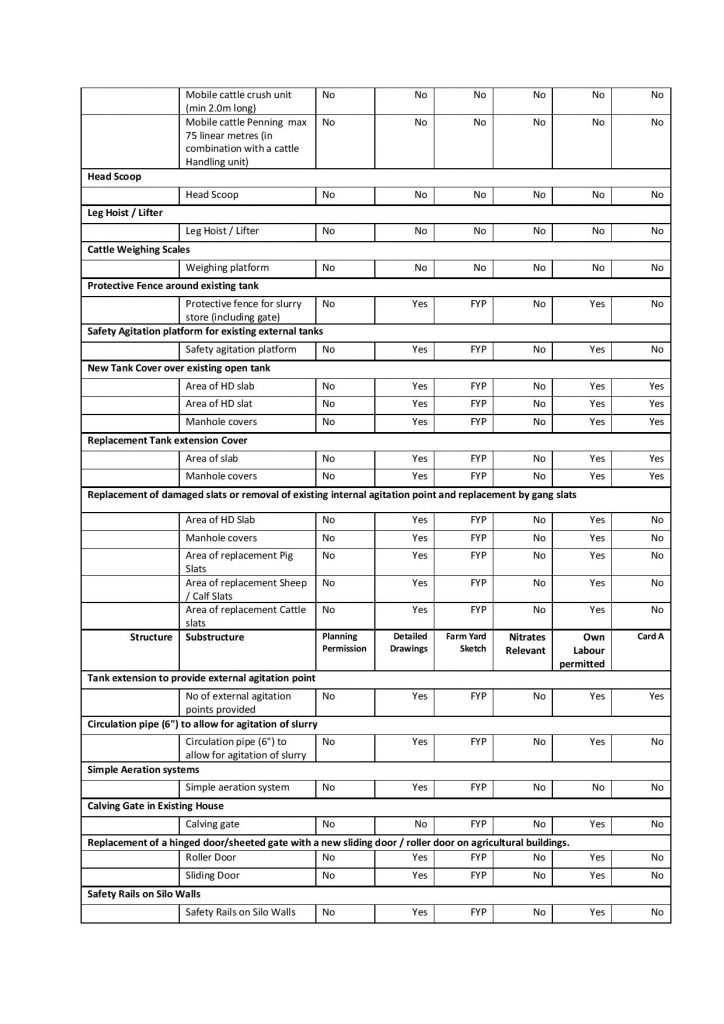 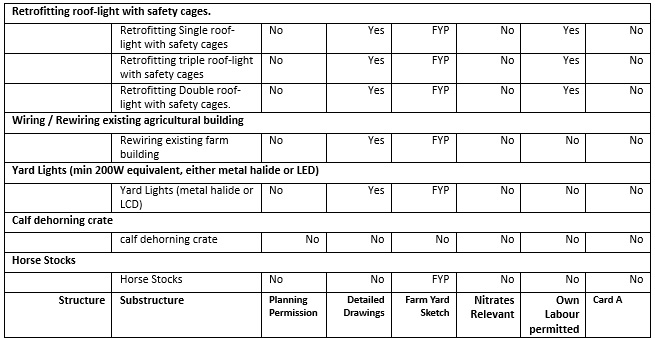 A new scheme to grant-aid the conservation of traditional farm buildings on GLAS farms, was announced in recent weeks. 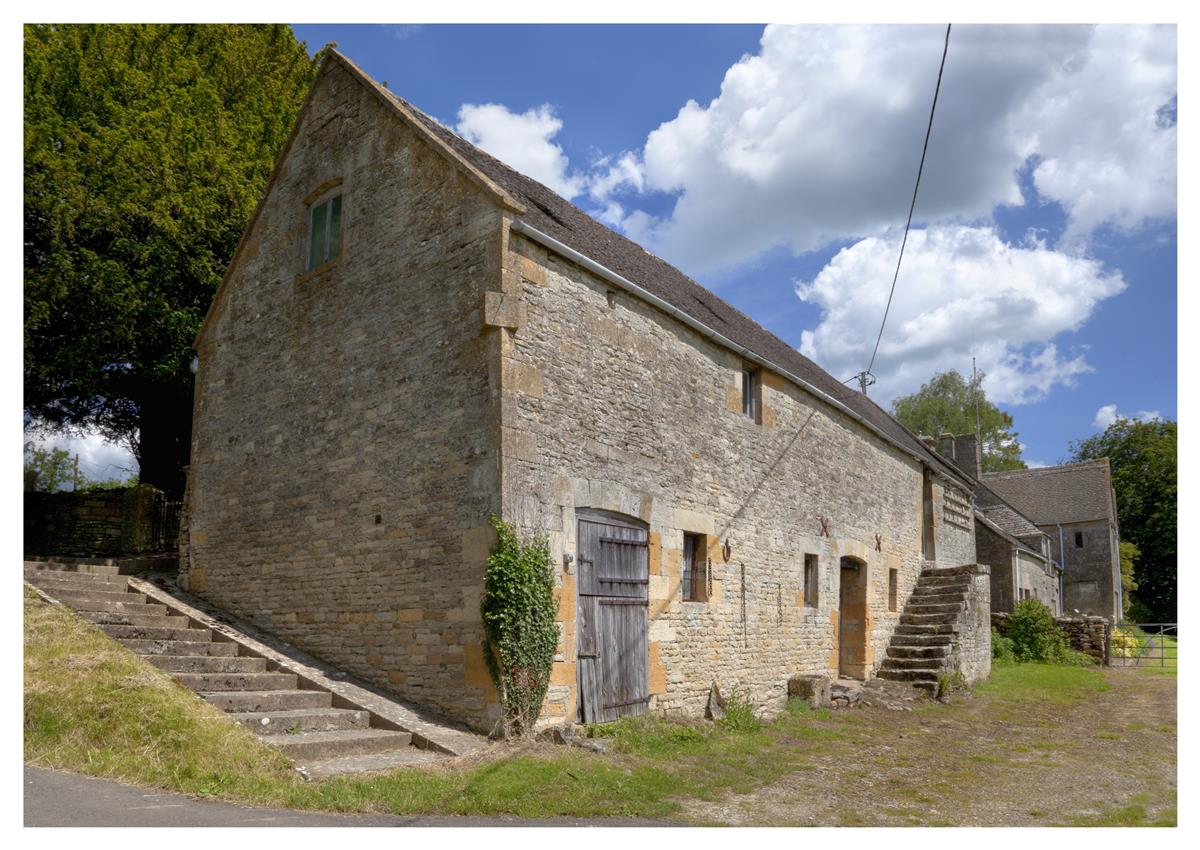 GLAS is the agri-environment scheme for Irish farmers, to which nearly 40,000 farmers have already signed-up, and this new element to that scheme will help ensure that small traditional farm buildings and other structures, which are of significant cultural and heritage value, are restored and conserved for renewed practical agricultural use.

The Organics Capital Investment Scheme will offer a grant aid of 40% while eligible young organic farmers can avail of a 60% rate. 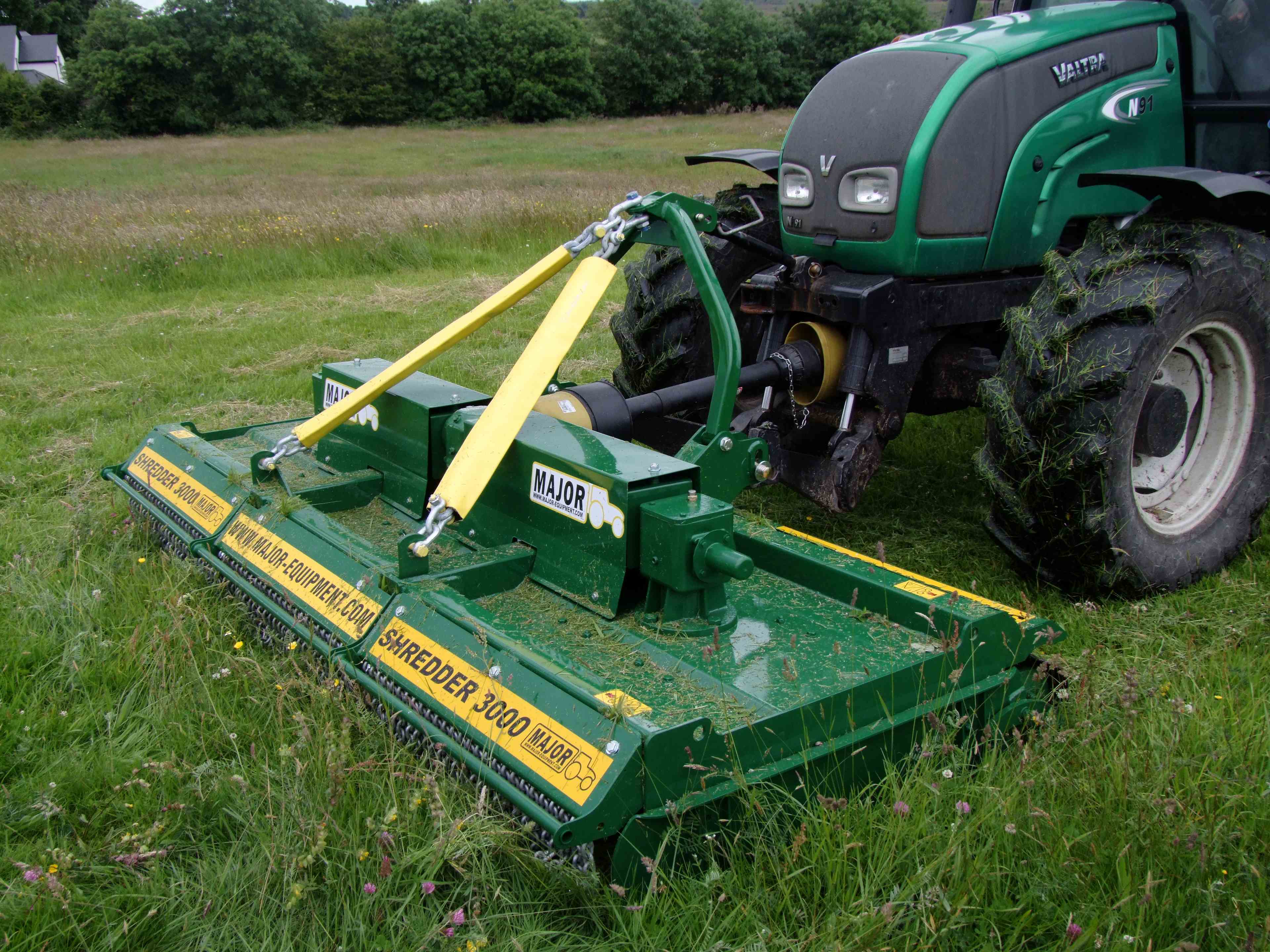 A large array investments are eligible under the Organics Capital Investment Scheme.