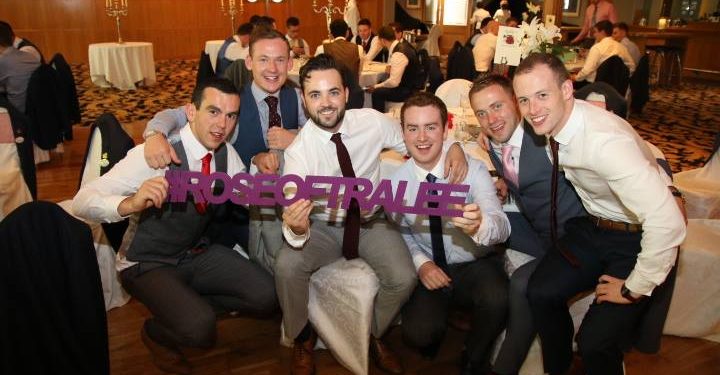 Some of the Rose of Tralee Escorts from 2016

The Rose of Tralee International Festival is looking for young farmers to apply to become Rose Escorts for this year’s festival.

Applications to become a Rose Escort are now being taken, with the deadline set at Thursday, March 16.

Men between the ages of 21 and 31 are encouraged to apply and Rose Escort Programme Director Colm Croffy believes men from farming backgrounds have qualities that would make them ideal Rose Escorts.

“There is always a great mix of lads involved every year, but at least 10% of the Rose Escorts would be from a farming or rural background.

“Lads from a farming background wouldn’t be shy, they have great social skills and are polite, generally.

Conversational skills honed in the mart or from calling to farm gates means there is no social setting that would spook them.

Over the years there have plenty of Rose Escorts who came from a farming background or who have worked in the agri-sector, Croffy said.

“There has been lads from Macra na Feirme, full-time farmers, lads who worked in agri-business, lads from Teagasc or students who work on the family farm at the weekend who have been Rose Escorts.

“In some cases, the guys from a farming or rural background have a bit more stamina than those from the city and can find it easier to keep up with the hectic pace of the festival,” he added.

The festival experience was brilliant, according to Joe Butler from Inniskeen in Co. Monaghan was one of the Rose Escorts in 2016.

“It’s funny going into such a large group where you all just click and get on. Of course there was a few jokes among the farmers that the city lads didn’t get.

Being a farmer you’re used to the long hours, early mornings and spending most of the day on your feet.

Butler, who works for Teagasc as an Educational Officer in Ballyhaise Agricultural College in Co. Cavan, encouraged any young farmer thinking of applying to go for it.

“It was an absolutely brilliant experience. The craic was 90 and you make friends for life during the festival,” he said.

A €25 fee is required as part of the application process, while accepted applications will also have to make a €1,500 subscription to the festival which can be obtained through sponsorship or fundraising.

Applicants must be Irish, or have Irish origins, and must never have been married. These applicants will have to attend an interview weekend and following this the chosen Rose Escorts will take part in a bootcamp weekend.

In 2016, the number of Rose Escorts needed for the festival increased from 32 to 65 due to changes in the format of the festival.

The Rose of Tralee International Festival is scheduled to get underway on Wednesday, August 16. 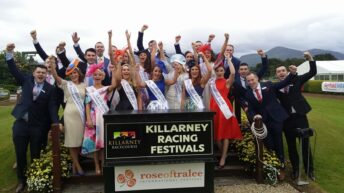 Meet three of the Rose of Tralee Escorts with road frontage 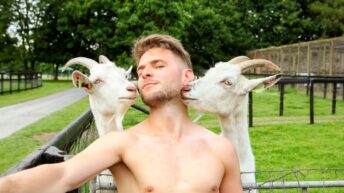 Valentine’s Day: 7 realities of going out with a farmer