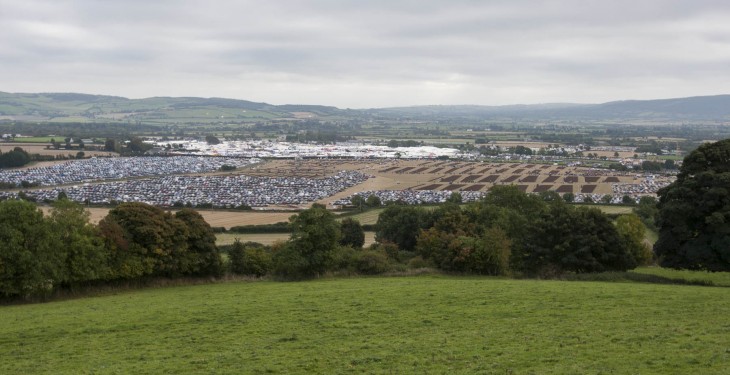 September was the month of the Ploughing. There were smiles and excitement as Minister for Agriculture Simon Coveney launched the 2013 National Ploughing Championship, which took place in Ratheniska, Stradbally, Co Laois in the last week of September and it saw a record attendance of 228,000 people. Catch up on all its activities here.

This month also saw the IFA presidential candidates have their first debate, which was a question and answers debate between Jer Bergin and Eddie Downey at the Young Farmer of the Year celebrations. The Macra na Feirme accolade went to Cork’s John Buckley.

Leading food ingredients company Kerrygold  celebrated 40 years of success in Germany in September. Despite a challenging economy, with weak consumer sentiment, it pushed the Irish brand to become the No 1 brand for butter in Germany.

The minister also announced that the 2013 Disadvantaged Areas Scheme would be paid out on week commencing 22 September. The payment became a hot topic over the autumn with farmers seeking payment.

Big world news this month, the largest milk powder dryer at New Zealand giant Fonterra’s Darfield site kicked into gear producing its first batches of whole milk powder that will be exported to more than 20 markets worldwide including the Middle East, China and Southeast Asia.

Sad news in September was the death of Sean MacConnell. Tributes poured in for the man who was widely seen as the authoritative voice of Irish agriculture. Minister Coveney said at the time: “Sean was a major contributor to Irish journalism. He was a constant at every agricultural event, and will be sorely missed by all members of the greater agriculture family. My sympathies, as well as those of the many officials in my department who knew him, go to his wife and family.”

Concerning news for the suckler sector was confirmed in September with, calf births on the decline for 2013 compared to last year. Over the past few years, births had been steadily increasing, with registrations rising by almost 100,000 head (+5.0 per cent) in 2011, followed by a further increase of 115,000 head (+5.5 per cent) last year. However, analysis of the Department of Agriculture’s Animal Identification and Movement database revealed a fall in registrations in comparison with 2012 levels.

The impact of adverse weather on suckler beef profitability was highlighted at the Teagasc, Derrypatrick Open Day in September. The extreme weather of summer 2012, exacerbated by the prolonged indoor winter feeding period of 2012/13, was evident in the live weight and financial performance of the Derrypatrick suckler beef herd it found.

More worrying news in September was the confirmation of 96 ash dieback outbreaks. Just under 100 ash dieback outbreaks in locations across Ireland have been confirmed by the Department of Agriculture.Of these, 11 were confirmed since July of this year. Three of these most recent confirmations were in forestry plantations, one was in a horticultural nursery, one was located on a farm and the remaining six were in roadside plantings.

And a great food and technology debate took place between Darina Allen and Teagasc’s senior GM research officer Dr Ewen Mullins at the Grow It Yourself Gathering in Waterford. AgriLand reported live from the debates. Here’s a recap.  Darina Allen calls for caution on GM Irish foods and Too early to say if GM is viable option for Irish agriculture, Teagasc.