Wood pigeon shooting to be permitted during summer months 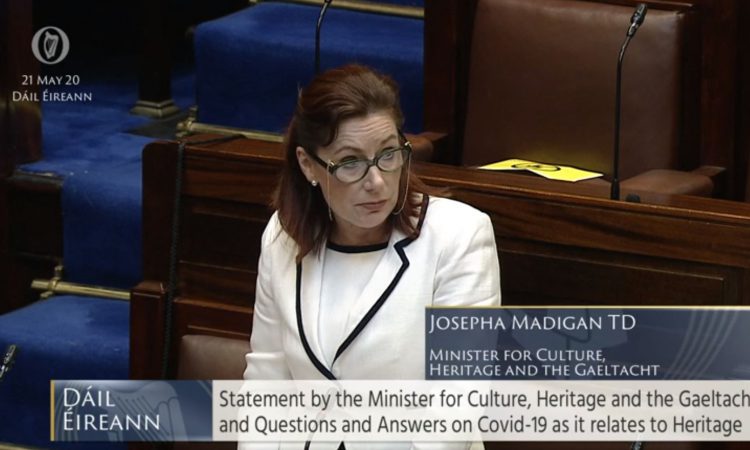 The shooting of wood pigeons by land owners will be permitted during the summer months after all, after the Minister for Culture, Heritage and the Gaeltacht changed her stance on the matter.

This follows criticism from several quarters following Minister Josepha Madigan’s initial decision last week to not allow the derogation for shooting wood pigeons over the summer.

Speaking in the Dáil yesterday, Thursday, May 21, Minister Madigan said: “There was scientific advice given to me by my officials who proposed removing the wood pigeon [from the derogation], as they suggested that there is limited evidence to suggest that they cause serious damage to crops.

However, there have been serious concerns raised by deputies and other stakeholders to me about the exclusion of the wood pigeon [from the derogation] and the damage to crop yield, including damage to crops that makes them difficult to harvest.

“As a result, the status quo is being reinstated for the wood pigeon this year, so lethal means will be permissible by land owners in June, July and August to prevent crop damage,” Minister Madigan confirmed.

In another Dáil session later yesterday evening, it was confirmed that the Health and Safety Authority (HSA) began inspecting workplaces in relation to Covid-19 this week, with meat plants among the 240 inspections carried out since last Monday, May 18.

This was confirmed by Heather Humphreys, the Minister for Business, Enterprise and Innovation – the minister who is responsible for the HSA – during a session of the Dáil this evening, Thursday, May 21.

However, Minister Humphreys did not confirm how many of those 240 workplaces are meat plants, despite being pushed by Sinn Féin’s TD Brian Stanley.