The Beef Plan Movement has issued a statement in which it has acknowledged the efforts of its members throughout the year in “supporting change”.

Dermot O’Brien, the group’s spokesperson, issued the statement to thank its members who “helped to bring about change in our beef industry in 2019”.

“The Beef Plan Movement admits that without the dedication of its members, the organisation would not be where it is at today,” O’Brien said.

He also highlighted the various actions by Beef Plan’s members throughout the year, including the beef factory gate protests in the late summer, as well as various other demonstrations.

That sequence of events, coupled with the tireless lobbying of volunteer members, earned Beef Plan official recognition as a farm organisation. The need for change and, moreover, the necessity for a medium to stand up as a voice for beef farmers began to be developed and be heard.

“The Beef Sector Agreement led to the establishment of the Beef Market Taskforce, a forum where stakeholder accountability is queried and questioned on a continual basis. Why has this come to be? It is all down to the hard work of farmers – farmers who want rural traditions and social networks in rural Ireland to be maintained,” O’Brien outlined.

The Beef Plan spokesperson also confirmed that elections for the group will take place early in the new year, with an update on this set to be provided in January.

In the same statement, Beef Plan stressed the importance of recognising the issue of mental health in the farming community this time of year.

The movement attributed these issues to the financial burden on some farmers, particularly over recent years.

“We are very conscious of farmers suffering depression and anxiety at Christmas. It’s the main time of the year for it…particularly for those who struggle to pay bills,” O’Brien noted.

“We recognise the difficulties of the last few years and the financial strains on farmers. We also acknowledge that help is out there and anyone who needs help should avail of the following words: ‘Often the talking through of a problem will reveal the answers to solving it,'” the Beef Plan spokesperson concluded. 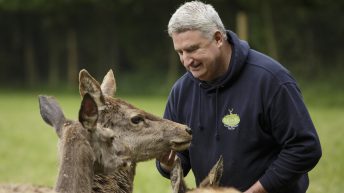