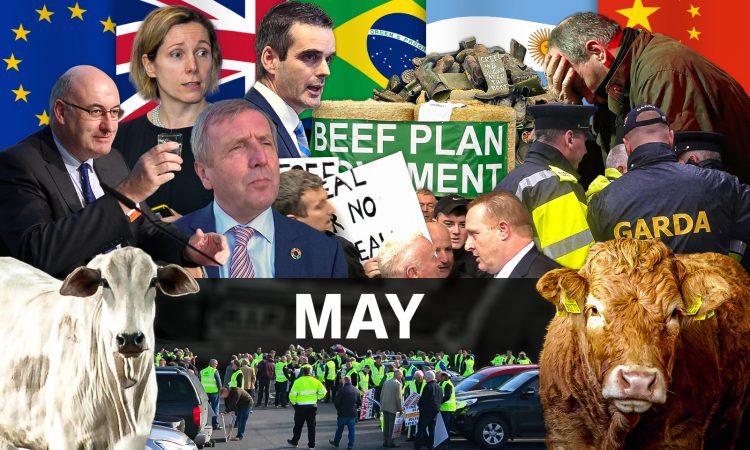 It started with an Aberdeen Angus bull roaming the streets of Cork’s city centre.

He was a rebel with a cause.

Under the Irish Farmers’ Association (IFA) banner, more than 1,000 beef farmers and a dozen tractors gathered that day outside city hall – amidst a strong Garda presence – to disrupt a cabinet meeting headed up by Taoiseach, Leo Varadkar.

Their message: “The time for talking is over – the beef sector is on its knees.”

Meanwhile, security at Cherbourg Port was also beefed up as a man was arrested on suspicion of cruelty to calves following the emergence of a disturbing video online. The footage was subsequently widely condemned by the department and farm organisations here in Ireland.

Almost 1,000 people attended the protest where they marched behind a coffin set up to represent the “imminent death of the suckler and beef industry”. 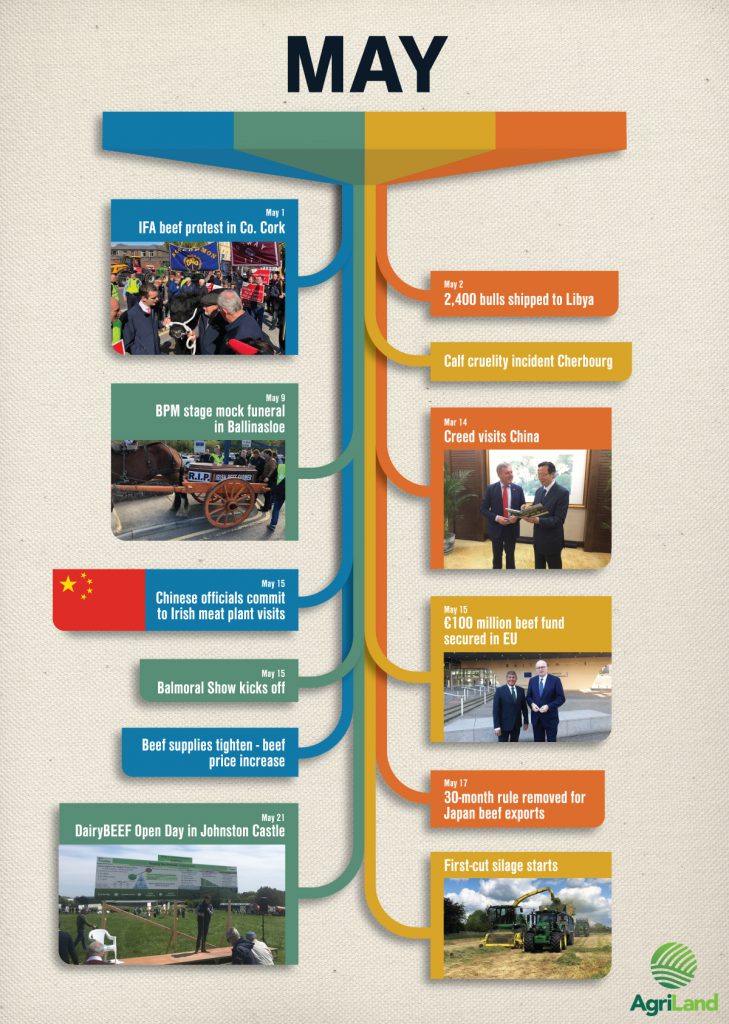 Meanwhile, Chinese authorities confirmed intentions to visit Irish beef plants in August, in a bid to inspect and approve more processors to export to the country.

On the live exports front, more bulls were shipped to Libya – bringing the total year-to-date figure to just over 4,200 head.

Additionally, calf exports started to wind down, with the Netherlands taking the lion’s share.

Big news also emerged from Brussels where a fund of €100 million was secured – backed by the commission and the Irish Government – to specifically support struggling beef farmers, who were also continuing to grapple with Brexit insecurity.

But the Beef Exceptional Aid Scheme (BEAM) came with a significant catch – each eligible participant had to reduce organic nitrogen per herd by 5%.

Throughout the month of May beef prices gathered some much-needed upwards momentum.

Some more good news emerged on the beef export front as the 30-month age restriction was removed for beef exports to Japan.

Finally, similar to the beef trade, mart managers reported an increase in farmer buyers around the ringside. Weanling prices were relatively strong with a good demand for forward cows. 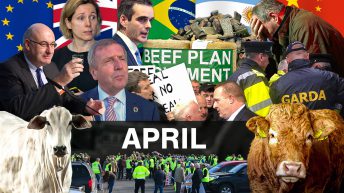