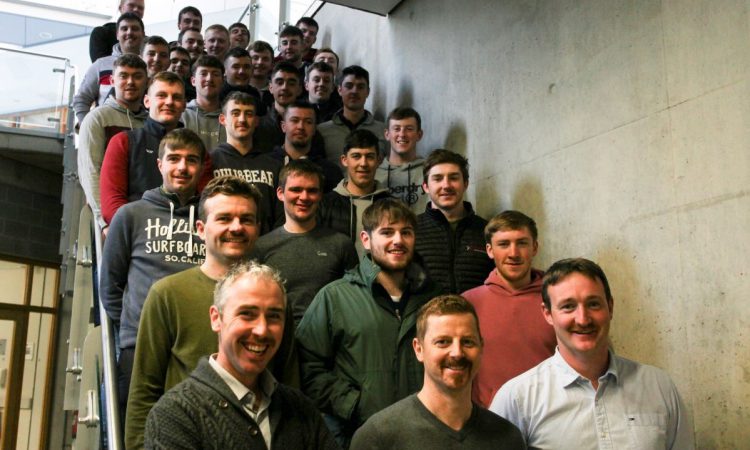 It’s a close moustache shave for a lecturer at Waterford Institute of Technology (WIT) who has has organised a Movember event with the agriculture and ag science students in the college – dubbed ‘WIT Ag Movember’.

“The support has been fantastic right across WIT and the team’s family and friends. So far we have raised over €8,500,” Bill explained.

“People can donate through moteam.co/wit-ag-movember and choose what lecturer or student they would like to support.

It’s all a part of making students and people in the wider community aware of prostate and testicular cancer and men’s mental health issues.

“The students organised a fundraising event on Monday, November 25, in Kitty Kiernan’s pub, 40 Barrack Street, Waterford, and raised over €1,700.”

Prizes were donated by: Glanbia Agribusiness; Red Mills; Centra, WIT; Vikings GAA, WIT; and many others, the lecturer explained.

“Currently we are the 15th team in the country so hopefully we can move up that table by next Monday, December 2 at 11:00am when we will hold a moustache shave event in WIT to raise our final funds for the team,” Bill said.

I have a friend who is going through prostate cancer treatment at the moment and I have had friends who have suffered from mental health issues over the years. So this event and team is making the students aware of what people are maybe going through and how support is available.

“The funds raised are towards research to help tackle prostate and testicular cancer and men’s mental health issues.”

Daniel O’Sullivan, one of the students participating in the fundraising campaign, said the money raised will be well used in improving men’s physical and mental health.

“The proceeds will go to men’s health awareness, both mentally and physically, with the aim of reducing men dying prematurely by 25% by 2030.

As we know, awareness like this is extremely important – especially for farmers who have to cope constantly with unforeseen stress.

“As farmers, our health and wellbeing is not always prioritised as much as it should be, but this initiative can help improve that,” Daniel said. 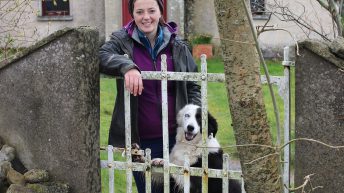 ‘We have an enormous responsibility in the way that we farm’