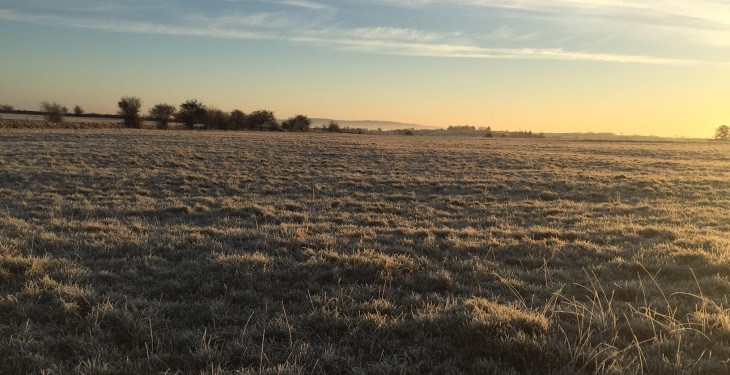 There will be cold conditions over the weekend, with sharp frosts, sleet and snow in places, according to Met Eireann.

Today (Friday) will be a cold and breezy day with a brisk northwest wind, it said.

There will be sunny spells and widespread heavy showers occurring through the day, turning wintry on higher ground later, according to Met Eireann.

There will be highest temperature of just 5 to 9 degrees Celsius, with Met Eireann stating the coldest weather will be in the north and east.

Tonight (Friday) will be a cold night with further showers and some will be wintry, especially in Ulster and north Connacht and on higher ground elsewhere, it said.

There will be a blustery northwest to north breeze but still temperatures falling to around zero with a sharp frost and the danger of icy patches on roads, according to Met Eireann.

Looking to the weekend, Met Eireann has said that Saturday will be a cold and breezy day, with some wintry showers in the north.

Cloud will thicken in the west and some showery rain or sleet will develop there during the day and there will be afternoon temperatures of 4 or 5 degrees in many areas, but possibly 8 or 9 degrees on western coasts, it said.

Met Eireann has said that it will be cold on Saturday night with frost developing and that frost will become sharp or severe in some midland and eastern areas as winds fall off light.

Sunday will be a cold, bright day with lighter northerly breezes, it said.

Many places will be dry on Sunday Met Eireann has said but a few coastal showers are likely in parts of the north and east.

There will be afternoon highs of 5 to 8 degrees on Sunday and it will be cold and frosty overnight, it said.

Looking to next week, Met Eireann has said that it will be rather cold but mostly dry on Monday with winds backing west and later southwest.

Latest indications from Met Eireann suggest that rain will spread eastwards from the Atlantic overnight.

Tuesday and Wednesday with be less cold with mostly west or southwest breezes and frosts are less likely, it said.