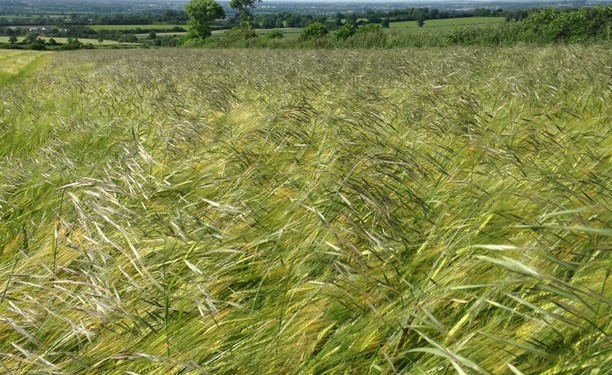 Sterile Brome grass has the potential to have a detrimental effect on the growing of winter barley in Ireland, according to Glanbia tillage specialist David Leahy.

“This is because we have no available chemistry at our disposal when it comes to tacking this specific grass weed problem in winter barley,” he said.

“There are herbicide options for Sterile Brome in winter wheat and other crops, but not barley. As a consequence, specific cultivation and crop management procedures must be adopted, which will allow tillage farmers get to grips with the ever increasing Sterile Brome challenge in Ireland’s second most important cereal crop.”

Leahy indicated that the brome problem may have been brought into Ireland by way of contaminated barley seed imported from the UK.

“Brome seed germinates in the autumn and will, initially, be visible in hedgerows. Over time, plants will spread out to headlands and from there to the remaining areas of fields,” he said.

“If this problem is not addressed, the brome issue has the potential to become the equivalent of the blackgrass nightmare that is now apparent in UK wheat crops.”

From a cultivation point of view Leahy encourages the deep ploughing of fields that have been ear marked for winter barley.

“Seeds will fail to emerge if they are placed eight inches or more below the soil surface. But this may not be possible on headlands,” he said.

“In such instances the creation of a stale seedbed is recommended with emerging brome seedlings sprayed off with glyphosate.

“In fields with badly infected headlands, I strongly advise that these areas should be harvested at the very end. If the combine cuts the headlands first, then the potential of spreading the brome seeds throughout the entire cropping area increases greatly.”

Commenting on the recent publicity, highlighting glyphosate as a potential carcinogen, Leahy said that the Irish tillage sector would lose out badly if the use of the herbicide were to be banned.

“I can understand why the Soil Association in the UK is calling on tillage farmers not to pre spray milling wheat crops with the chemical this harvest.

“But the reality is that Irish farmers have no Plan B when it comes to using a proven broad spectrum herbicide.”