Video: How to prevent sheep lameness with foot trimming and bathing 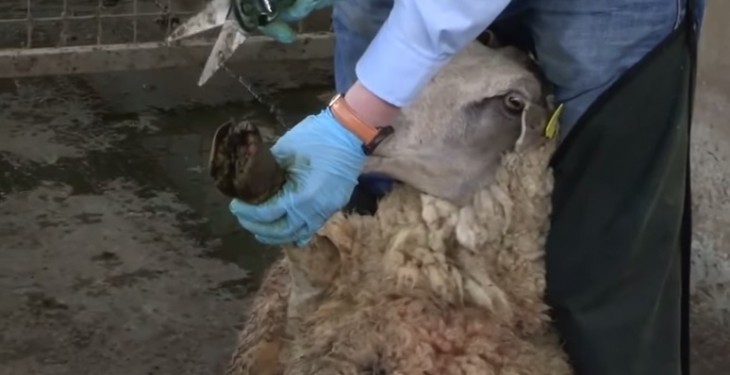 Recent sheep trails have shown that routine foot trimming should be avoided, as it can lead to higher cases of lameness in a sheep flock, according to Tom Coll, a Teagasc sheep specialist.

Lameness can be caused by three infectious disease; scald, footroot and CODD. It can be spread within the flock from sheep-to-sheep and hoof-to-hoof, Tom said.

He said that in general cases a healthy hoof shouldn’t be trimmed as this can lead to infections from bacteria being spread by contact from another hoof or the by the shears.

According to Tom, when trimming of the hoof is required, farmers should ensure that they disinfect the shears not just between sheep, but also between trimming the hoofs of each sheep.

He also said that footbathing is crucial to prevent and control scald within the flock and he recommends making up a bath using 10% zinc sulphide.

Mix the 12kg in buckets of water until it dissolves and pour it evenly into the footbath.

It is important to ensure that the sheep do no run or walk straight through the footpath. This, he said, would mean that the sheep only spend about four seconds in the solution and they should stand in the footbath for three-four minutes.

He also recommended that the sheep have a clean concrete area to stand on when they come through the footpath, and this allows them

The sheep, he said, should be allowed stand on the concrete for about an hour, so the hoofs can dry off. 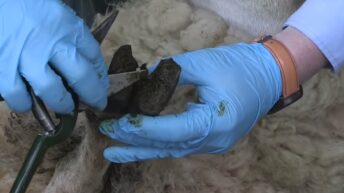 Video: How to spot and treat scald and footrot in sheep