No restriction on using imported bulls under genomics scheme 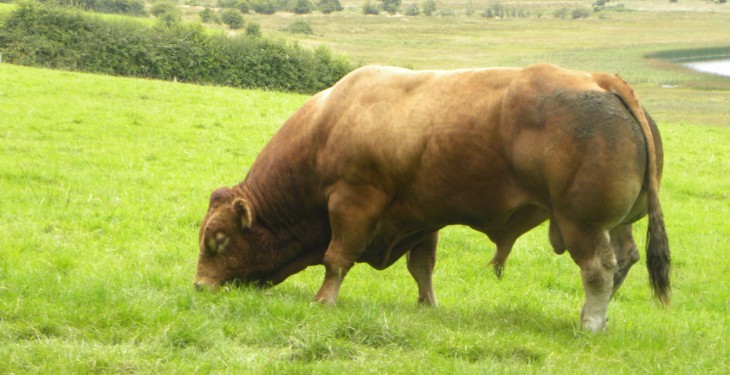 There is no restriction on using imported sires under the new Beef Data and Genomics Programme provided they receive a 4 or 5 star rating from the ICBF, the Minister for Agriculture Simon Coveney has said.

He was responding to the concerns of pedigree breeders raised by Galway TD Sean Kyne that the rules of the scheme limit the possibility of importation of foreign bulls to help improve the genetics of the Irish pedigree herd will indeed cause stagnation in the Irish herd.

However, the Minister assured him that there is no restriction on using imported sires under the scheme provided they receive a 4 or 5 star rating from the ICBF.

He said the ICBF calculates a euro star evaluation for imported sires based on their foreign data so that they can be utilised under the scheme and the ICBF is engaging with its counterparts in other countries with a view to increasing access to the genotypes and the relevant data used in these evaluations.

The Minster also said the approach used for assigning this rating is in line with that used for all other bulls under the eurostar rating system and it is important that any rating is based on objective, scientific criteria which the ICBF can justify to each and every farmer using such bulls.

He added that the ICBF can provide an indication of the likely euro star rating to be given to such bulls in advance of importation into Ireland and I would urge pedigree breeders to avail of the services of the ICBF in this regard.

Furthermore, he said the fact that 20% of the AI used can come from other types of bulls also gives scope for pedigree breeders that wish to use some outcross sires that do not meet the criteria of the scheme.

The Minister also said that there is a very wide range of AI bulls available for pedigree beef breeding that are 4 or 5 stars on either the replacement or terminal index.

He said the ICBF recently completed its listing of recommended sires for bull breeders involved in the Gene Ireland maternal beef breeding program.

In total, he outlined there are some 164 bulls in that catalogue of which 151 (92%) are 4 or 5 stars on either the replacement or terminal index within or across breeds.