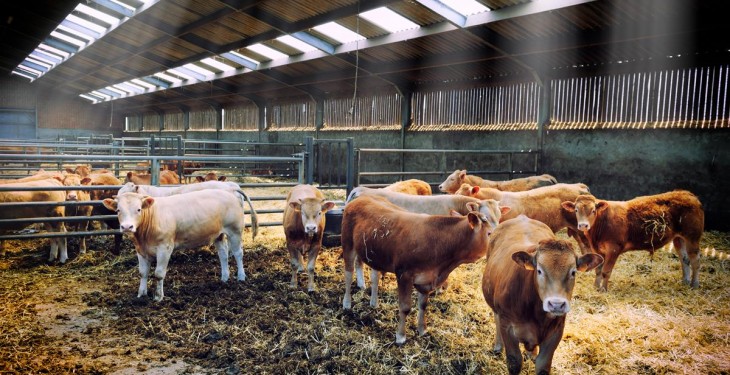 Beef finishers will struggle to breakeven this winter due to high store costs and low factory prices, recent figures from Teagasc have shown.

As part of the Finishing Cattle this Winter Seminar in Kilkenny on Tuesday, Teagasc’s Aidan Murray presented figures which will make for tough reading for beef finishers.

Murray, a Teagasc Beef Specialist, revealed figures which show that steer finishers will require €4.44/kg to breakeven, while heifer finishers will need €4.61/kg to cover the costs of producing that animal.

This prices are significantly higher than the current quotes being offered to farmers, as most beef plants are operating off a base price of €3.70-3.75/kg for steers and €3.80-3.85/kg for heifers.

Murray explained that the budgets were carried out using concentrate costs of €245/t and silage costs of €25/t, while the fixed costs ranged from 25-45c/kg depending on the finishing system.

The Teagasc Beef Specialist presented a budget to the 300 strong crowd in attendance that winter finishers would need at least €4.44/kg to breakeven this winter from a store steer-to-beef finishing enterprise.

Murray said that this steer would need to return in the region of €1,665 at slaughter at a carcass weight of 375kg to cover all the costs associated with this system.

And, taking into account variable and fixed costs which are calculated at €329 and €85 respectively, the farmer would need a beef price of €4.44/kg to cover costs under this production system.

In the budget, he looked at the breakeven price needed to take a 430kg store heifer to finish over a 140 day period (ADG of 0.9kg per day) using high quality silage and concentrates.

For this system of production to be viable, he said, the farmer would need a beef price of €4.61/kg to breakeven on a 259kg carcass.

Murray also showed that light bull finishers will need a beef price of at least €4.05/kg to breakeven this year, when a weanling bull (320kg) is bought and brought to a finishing carcass weight of 346kg.

The system Murray spoke about involved buying in a weanling bull at a store cost of €813 (€2.54/kg) and selling for a finished price of just over €1,400 to breakeven.

The system, which is aims to maximise the amount of concentrates in the diet of the bull, is dependent on the animal gaining at less 1.25kg/day, he said.

The non-purchase costs associated with this system stand at €588, coming from variable, fixed and interest charges.

Looking at the under 16 month bull production system which might be a more typical bull finishing system on Irish farms, he said a beef price of €4.32/kg was need to breakeven due to the higher level of concentrate input.

Murray explained that the young bull would be purchased at 420kg at a cost of €991 and would be finished over 180 day period to produce a carcass weight of 385kg.

The budgeted non-purchase costs of running this system will be €672 and the slaughter value of the animal would have to be €1,663 to break even to clear the costs of producing this animal.

Despite the figures showing that beef finishers will struggle to breakeven this year, Murray said that efficiency is hugely important.

He said that a 0.2kg/day increase in liveweight gain will knock 16c/kg of the breakeven steer price, 21c/kg of the heifer price and 20c/kg off the young bull finishing systems breakeven price.

“Getting extra performance will have a significant impact. The big gains are to be got in terms of efficiency,” he said.

Paying €10/t less for a tonne of meal across all the systems will also see the breakeven price reduce by 1-5c/kg, he said.

“The meal cost does have an effect but it is not the big player in relation to where you going to gain on breakeven price when  it comes to finishing.

“Store price is something that we don’t have a lot of control over, but every +/-10c/kg will have an effect of 8-15c/kg on the steer system, 10c/kg on the heifer systems and about 10-12c/kg on the bull systems,” he said. 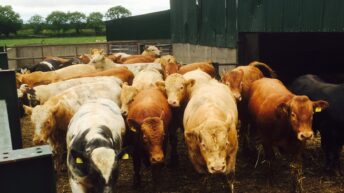 What does the future hold for Irish cattle numbers?

Beef factories refute claims that they have short-changed farmers