The first meeting of the new Brexit Consultative Committee established by the Minister for Agriculture, Michael Creed in the wake of the UK’s Brexit vote, took place last week.

As part of Minister Creed’s overall contingency planning for Brexit, he has established the ‘Consultative Committee’ of stakeholders to ensure a full exchange of information as the negotiations proceed.

The consultative committee will have its first meeting later this week and comprises a host of high profile figures from the sector spanning all areas from primary producers to exporters. 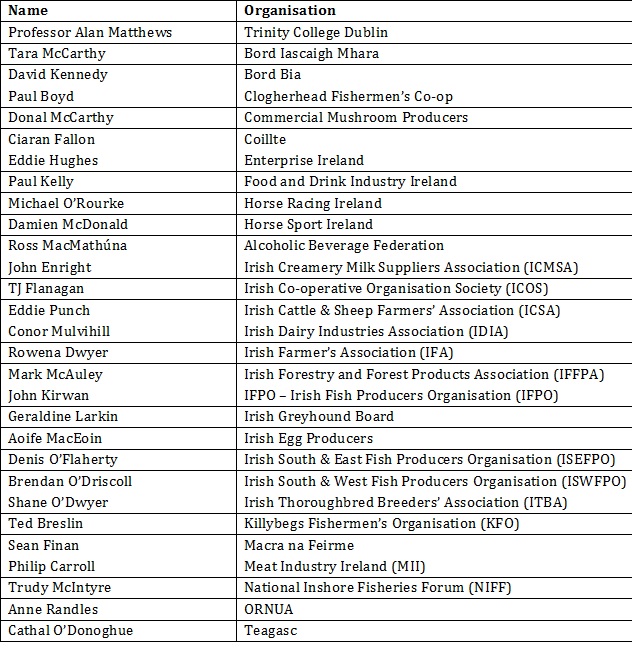 It is understood the first meeting of the Committee was dominated by the exchange rate volatility caused by the uncertain environment, and the Minister welcomed the opportunity the meeting afforded to agencies such as Bord Bia and Enterprise Ireland to update stakeholders on the steps they are taking to assist traders in managing that volatility and in reducing their exposure to the UK market.

The Committee also discussed other challenges that are likely to emerge from the exit process, including in relation to trade and tariff issues, controls and certification requirements, regulatory standards and the EU budget.

Speaking after the first meeting, the Minister recalled the considerable work that has been done to date and emphasised the value of ongoing engagement with the sector.

“I believe that the most effective way to deal with the many challenges that we in the Irish agri-food and fisheries sector will face following the result of the UK referendum is to work together as closely as we can to identify issues of importance to us, and to agree on how these issues might best be addressed.

“My Department has already been working with the sector in considering the areas in which the greatest risks may arise, and the Consultative Committee will help us to take that work forward by facilitating regular discussion and analysis as the negotiations evolve.”

The Minister commented in particular on the need for a calm and measured approach, noting that the future EU-UK relationship will ultimately depend on the outcome of the exit negotiations and that these negotiations are unlikely to formally get under way for some time.

The Minister stressed the ongoing nature of the Committee’s work. He said while the UK deliberates on its next steps, Ireland must use the time at its disposal to best effect so that it can position itself to present the best case and achieve the best outcome for the Irish agri-food and fisheries sector from these negotiations.

“Today marked a very useful and positive starting point and I look forward to the Consultative Committee playing a central role in this process over the coming period,” he said.