Why there’s one tractor this Co. Antrim dealer will never sell

While dozens of tractors and machinery might come and go every month from Co. Antrim agricultural machinery dealer Hunter Kane’s yard, there’s one tractor the family will never sell.

Taking centre-stage among hundreds of thousands of pounds’ worth of the latest agri kit, sits an unassuming star attraction – the very first new tractor ever sold by the firm’s founder Hunter Kane.

The family business, which is now in its third generation, began around 55 years ago when farmer Hunter Kane decided to sell his diggers.

Hunter put a few ads in the local paper and the rest was history – realising he had a talent for sales and an interest in farm machinery, he started the business on his own at around 21 years of age.

Hunter said: “I kept bits and pieces in the yard and local farmers came and bought from me and it has just grown from there.

“At one point I had a picture of 50 second-hand combines all in this yard.”

One of Hunter’s fondest memories of dealing was successfully bidding for 50 Nuffield tractors and a job lot of parts when the factory closed.

The tractors were popular locally and allowed him to continue to grow the business. In buying the parts it also meant he was able to support his customers with their purchases.

However, the real secret to the business’ success, Hunter explained, was keeping an eye on new technology, keeping his word and giving his customers good support.

“There is no point dealing in lies,” he said. “It will get you nowhere.”

Eventually Kane’s reputation preceded him to the point where he could make bids on machinery in England without even viewing it – an impressive feat in a pre-internet age. 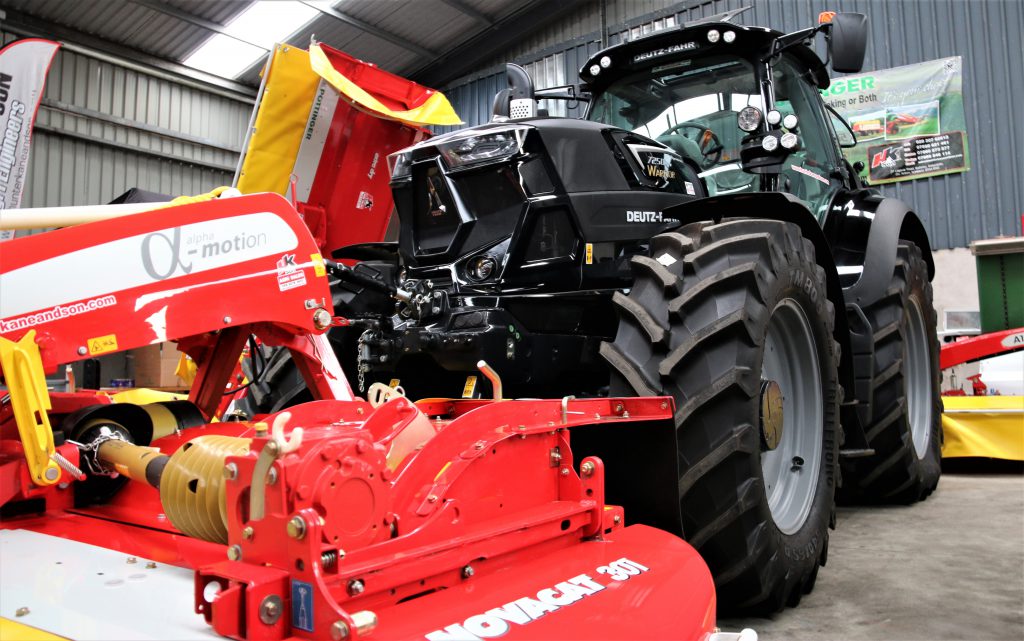 Today the business is booming, employing 14 people and acting as an official dealer for several major machinery brands.

Son Uel takes the reins and grandson Joshua – who is around the same age his grandfather was when he founded the business – also helps out.

Meanwhile, the farming side of the business is now run by Hunter’s other son, Charles.

Over the years, the family has been a dealer for Nuffield, British Leyland and New Holland – among others.

The first Nuffield, which was the first new tractor sold by Hunter well over 50 years ago, was traded in for a bigger replacement and kept by the Kane family ever since.

It was first bought by Robert Lyttle from Kells whose family is still counted among the firm’s customers.

At one point the team of staff decided to restore the vintage gem to its former glory.

Uel later added a 26-year-old Pottinger wagon. Prior to Uel buying the machine it had been actively used on farms for 35 years. Today it sits side-by-side with one of the latest wagons on the market.