“When we stand on soil we’re standing on the rooftop to another world.”

Dr. Christine Jones gave the attendance at the BioFarm 2019 conference an insight into that world yesterday, November 5.

She described how fungi, bacteria and plants have their own social network below that rooftop and those plants support each other where there is plant diversity and a mix of different fungi and bacteria.

The Australian researcher used a common phrase to give attendees some idea of the numbers involved when talking about all these microbes: “One teaspoon of healthy soil contains more microbes than all the humans on earth.”

Christine believes that plant diversity and a healthy soil microbiome play a key role in producing a healthy plant and combating problems such as plant diseases and nutrient deficiencies on farms.

For example, when asked about the acidic soils here in Ireland she stated that: “Lime is a band aid solution. Lime is not the solution. Microbial diversity is the answer.”

She continued on to say that calcium is one of the most common elements in the soil and can become more available with more microbial activity. Christine described the practice of applying lime as treating a symptom. 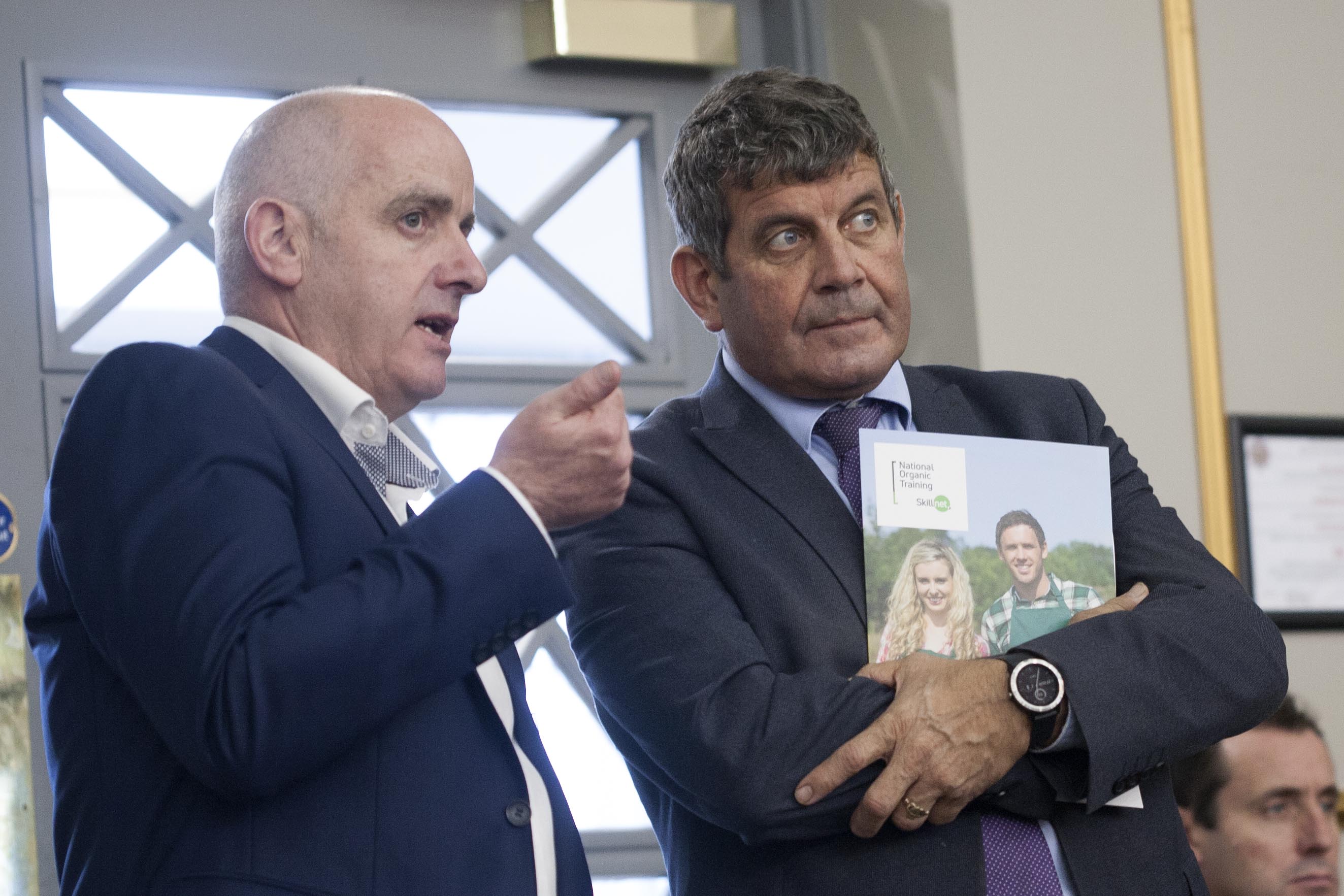 However, she also commented that artificial fertiliser use and chemical application leads to microbes losing their place in this network. “We take away the job of the microbes,” Christine commented.

By supplying those things [artificial fertiliser] we are interfering hugely with the communication between plants and the soil.

A simple way of finding out how healthy your soil is and how much microbial activity is there is by pulling up a plant. For example, if you pull up an oat plant and the main root is clear to see it’s not a good sign. The roots should be surrounded by soil and mycelium.

If you can see the roots then they’re not performing.

“A healthy and diverse range of microbes around the plant can protect it from disease as plants are healthier and have easier access to the nutrients they need.

“Applying artificial fertiliser can lead to soil microbes being lost in their own environment without a job to do.”

Christine described how plants and fungi communicate with each other. She described how mycorrhizal fungi decide where nutrients go and that a diversity in plants – like in multi-species swards – results in plants of different strengths and weaknesses providing support for each other.

For example, one plant may survive better in drought, while another might cope better in wet weather. The fungi distribute nutrients where they are needed.

According to Christine, excessive use of nitrogen and phosphorus fertilisers has caused:

Christine added that where the microbe population is reduced the plants susceptibility to pests and diseases is increased; this therefore can result in the application of insecticides or fungicides.

Tillage focus: 'You can start small. You don't have to start big'