What food are young GAA players encouraged to get five servings of a day? 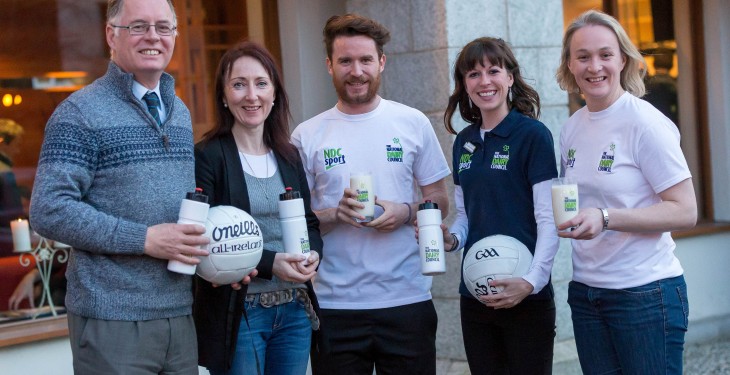 The importance of dairy intake in young GAA players was highlighted at a recent seminar on sports nutrition hosted by The National Dairy Council (NDC) and Leinster GAA in Bunclody, Co. Wexford.

Football coaches from the under 14 Feile na nGael programme took part in the seminar as part of the NDC Sport Programme.

Noreen Roche, the sports dietician for the Kilkenny Senior Hurling team since 1998, said that the food pyramid guidelines are particularly relevant for this player age group and that it recommends five daily servings from the ‘milk, yogurt and cheese’ group for those aged nine-18 years.

Roche, who has also worked with several other inter county football teams, said that results of research from Loughborough and Northumbria Universities and the growing body of scientific research points to the role that milk can play in a number of aspects of sports nutrition.

“Specific areas of focus include the effectiveness of skimmed milk as a re-hydration drink after sports, in addition to research highlighting the beneficial role of milk and milk-based products in recovery from exercise-induced muscle damage,” she said.

Shane Flanagan, Provincial Games Manager from Leinster GAA said that there is no doubt that learning about nutrition can help young people on the pitch for training and matches.

“We see the education of sports coaches about sports nutrition as an important step in helping our players to be prepared to play to the best of their ability on their teams but also to encourage healthy eating habits in the long term,” he said.

Roche said that excess loss of fluid impairs performance and rehydration is a key priority of recovery. To avoid dehydration she said to begin training fully hydrated and to continue drinking fluids, such as milk, after training. She also advised young players to include five daily servings of dairy.

Roche was joined by Wexford goalkeeper Mary Rose Kelly and Wexford footballer Ben Brosnan who spoke about their training, fitness and dietary tips.