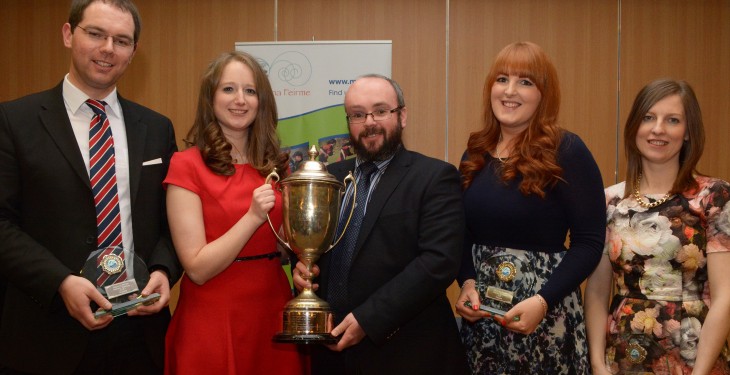 Carrigaline proposed the motion “That the state must invest more to support Rural Ireland” and the team have now won a place on the annual prizewinners trip which takes place next October, the organisation says.

Kieran O’Dowd, Macra National President, presented the trophy and said that debating is a fantastic skill to have in life  and that it is one which is emphasised in Macra as it enhances members’ leadership skills and personal development.

This is the second time that Carrigaline Macra has won the national final of the competition, it first won the title in 2008.

The day-long event took place at the University of Limerick recently where 26 teams from around the country took part, the organisation says.

Kieran O’Dowd also presented the trophies and medals on the day. He said that basketball continues to be a popular sport in Macra, by building team spirit; improving fitness and providing a social outlet.

“Being active is crucial for health and wellbeing and Macra, along with the National Dairy Council, are keen to emphasise the benefits of both exercise and healthy eating. Drinking a glass of skimmed milk after taking part in sports is a great way to rehydrate as a number of research studies indicated,” he said.