What do Limousin cattle, Belclare ewes and Irish hen parties have in common? 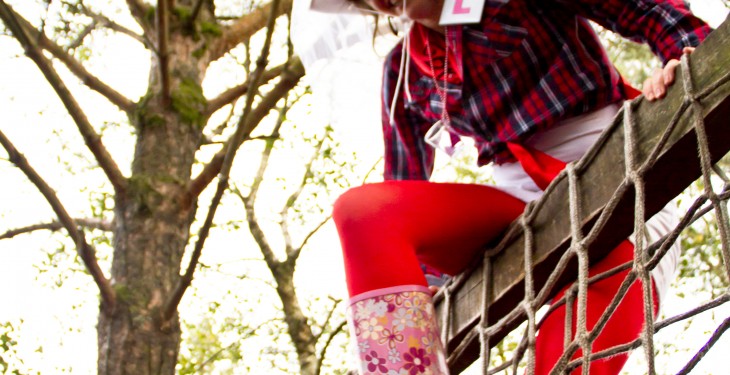 IN FOCUS: Based outside of Navan Co Meath Causey Farm manages to strike a balance between a mixed working farm and playing host to curious schoolchildren, weary office workers and lively hens parties.

The working farm incorporates a range of activities that include breeding limousin-cross cattle, which they sell at around two years old.

The Murtaghs also breed Belclare ewes that lamb in springtime and are sold mainly to the French market, during the summer.

While many Irish farms have diversified into creating their own produce on-site the Murtaghs saw an interesting gap in the market and are now a popular tourist attraction for ‘staycation’ enthusiasts to groups from much further afield.

Deirdre Murtagh of Causey Farm explains the motivation behind the move. “Initially it was the reducing farm incomes as a result of the BSE crisis that prompted us to consider diversifying. We started with primary school tours in 1998 and we have added other ideas gradually as we went along.”

For schools and summer camps Causey puts on a mix of fun activities with an educational angle. In addition many a hen has been put through her paces milking cows and attempting to wade through a swamp of mud to touch the ‘fertility tree’. International Groups are given a unique insight into Irish culture in the form of set dancing and bodhran playing.

The ‘more the merrier’ is a family motto for the Murtagh family. Causey Farm is very much a family affair with Tom and Lily Murtagh, grandparents to 18 children, still living on the farm and involved in the unique operation. The couple’s eight grownup children ensure that all elements of both the working farm and Causey Farm run smoothly.

Deirdre illustrates the can-do attitude the Murtagh’s posses when asked about balancing time between the two farms.

“Actually they work very well together. The busy times on the farm, such as lambing are usually quiet times for the tourism side of things. Also working on the farm, it can be quite isolating, but with the constant visitors here, that is not likely to happen,” she said.

A quick glance at the Causey Farm Facebook and its clear that social media is a key element of the farm’s success with more than 12,000 Likes and an engaging array of photos and comments.

According to Deirdre: “We find social media most active around our Halloween and Christmas events. It seems that when people get talking on Facebook, it certainly encourages people to book. It is like instant very powerful word-of-mouth marketing.”

With the summer coming to close Causey Farm is looking ahead to the mid-term break.

“We are really looking forward to Halloween. Farmaphobia, our scary event for adults and teenagers has become very successful and it is always a challenge to up the ante every year. We are planning Contagion, a full scale high-security, interactive research lab, which has been compromised by a Zombie outbreak and victims have to find their way out. Something to muse over when counting the cattle,” said Deirdre.