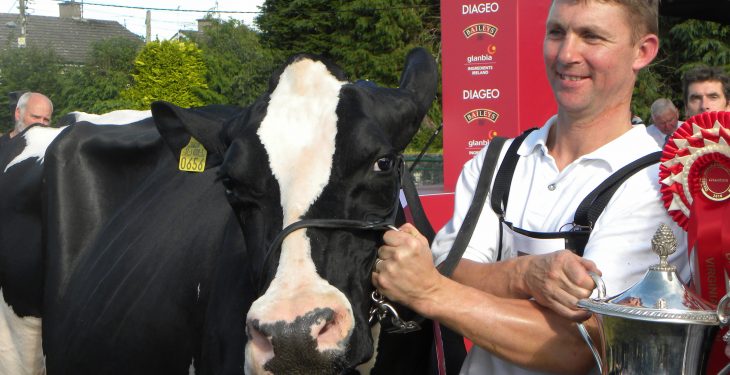 The competition to find Ireland’s finest Holstein Friesian dairy cow took place among record breaking crowds at the 75th running of the annual show in Cavan.

Speaking following his win, Jones said that the cow is no stranger to the show ring and she has already won the Emerald Expo in Virginia and the was Reserve Champion in Balmoral.

Along with being a champion in the show ring, the cow also plays an integral role in the Co. Wexford farmer’s herd of 60 cows.

The Diageo Baileys Dairy Cow of the Year competition was judged by Kevin Wilson, a dairy farmer milking over 400 cows in Cumbria in England.

He awarded the Reserve title to a cow owned by Liam and Sandra Murphy from Evergreen Lodge, Fenagh, Co. Carlow.

The cow, Evergreen Duplex Ebony, is a daughter of Mesland duplex and produced over 10,080kg of milk and 681kg of fat and protein. 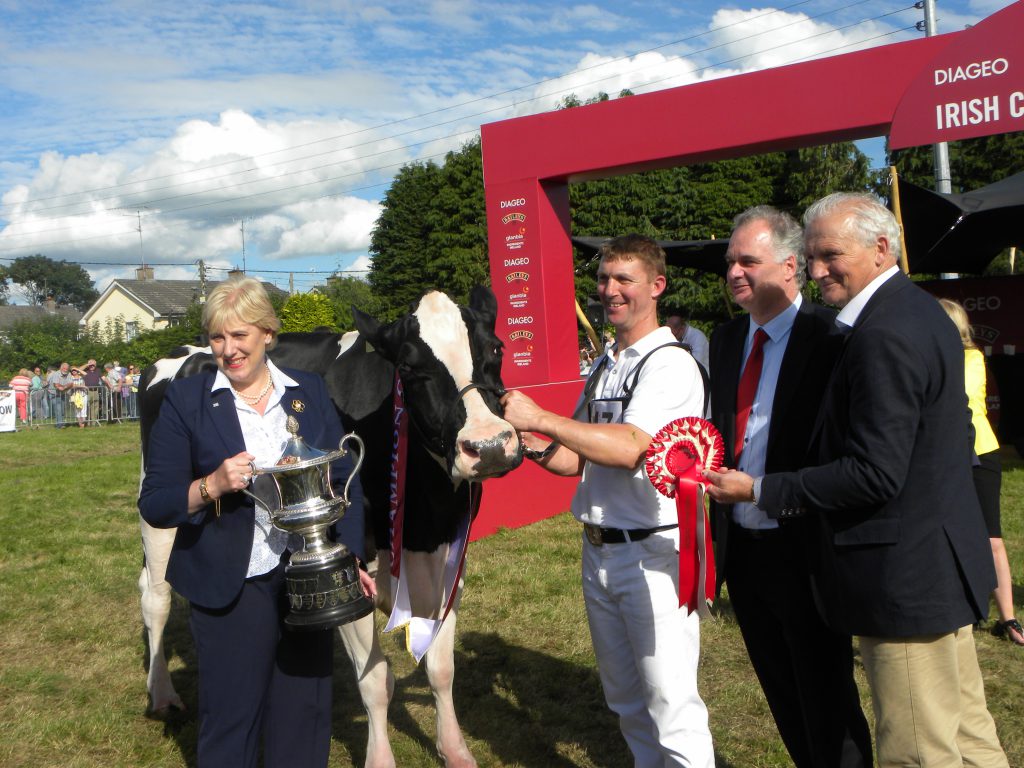 Speaking at the event, Corbally praised all the entrants for the calibre of pedigree cows on show and he congratulated the Virginia Show on its 75th anniversary.