‘We’re still not out of the woods yet’ 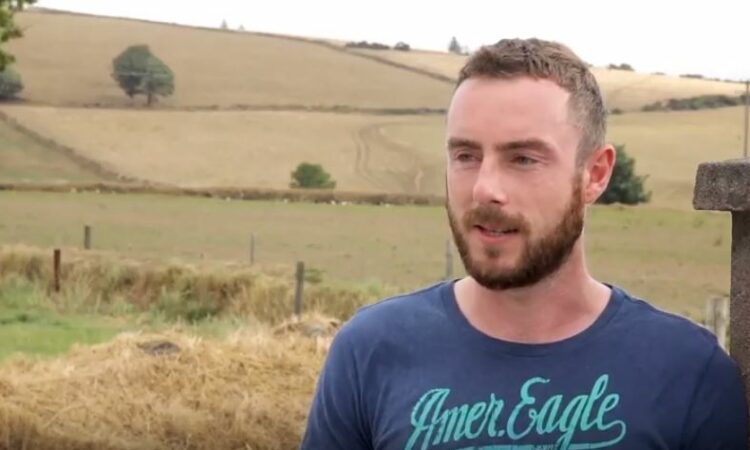 Despite conditions having improved of late, farmers in the south and east of the country “are still not out of the woods yet“, according to dairy farmer Shane Fitzgerald.

Drought conditions experienced this summer halted grass growth and forced farmers, especially those located in the south and east of Ireland, to feed fodder that they had saved in preparation for the winter ahead.

It also meant that farmers had to increase their use of concentrates in order to stretch their fodder and grass supplies.

Fitzgerald, who won the Teagasc/FBD Student of the Year award in 2017, currently milks about 180 cows on the family farm near Portlaw in Co. Waterford.

Also Read: I took a break from dairy farming and returned more motivated than ever

The young dairy farmer featured on the premiere episode of AgriLand’s new digital show FarmLand. He spoke about the difficulties he was faced with this summer due to the prolonged spell of dry weather.

However, rainfall in recent weeks has meant that grass growth in the area has received a boost of late.

Once the rain returned, Fitzgerald decided to hold the cows in one paddock for nine or 10 days – feeding silage and concentrates – in order to build up stocks of grass.

Because of this, he was able to take some of the paddocks out of the rotation to top up one of the silage pits – given that the family carry out all of their own silage-harvesting work.

Speaking to AgriLand, Fitzgerald said: “We have 50ac of silage yet to cut. We would be hoping to cut it in the next few days or so, depending on the weather.

“We want to strike a balance between making sure we have enough fodder saved for the winter and ensuring that we have enough grass later in the year for heifers; we don’t want to be chasing our tails.

You’re constantly watching the weather and the nights are getting colder now. We’ll just have to play it by ear. We would like just enough rain to keep the grass growing and no more, but you don’t always get what you want in this life.

“We also have 20ac of maize to harvest,” the young farmer explained.

In preparation for next winter, Fitzgerald has also secured some bales of both barley and wheaten straw. As long as the silage and maize harvest goes well, the Waterford farmer is optimistic that he will have enough fodder to get through the winter period.

‘The drought is probably harder on the farmer’

Looking back on the past few weeks, Fitzgerald indicated that there were some positives.

He noted that the breeding season has been very successful on the farm, given that the herd had been so well fed during the drought conditions.

With the vast majority of the cows and heifers now scanned in calf, the young farmer hopes that he will have greater flexibility in the spring when it comes to choosing which cows to cull or sell on.

Concluding, Fitzgerald said: “The drought conditions are probably harder on the farmer than the cows, whereas wet weather is probably tougher on the cows.”