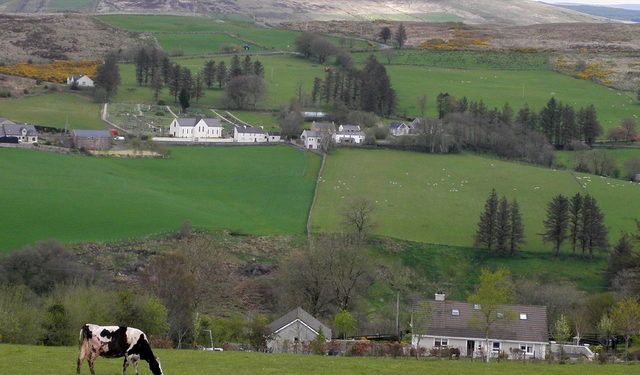 A climate crisis is unfolding and the state must decarbonise and transition in a way that is not only sustainable but also fair, equitable and deliverable for the communities which stand to be most affected.

The state cannot merely have a managed transition – Ireland needs one that is equitable and takes account of the obligations of the state; the responsibilities of employers; and the need to protect the most vulnerable.

These were the sentiments expressed by Fianna Fáil’s deputy Robert Troy during a discussion on the Just Transition (Worker and Community Environmental Rights) Bill 2018: Second Stage [Private Members] which took place during Dáil proceedings last week.

Deputy Troy also pointed out that Fianna Fáil is extremely concerned at the announcements by the ESB and Bord na Móna of major job losses at the Moneypoint coal plant and peat-fired plants.

He also highlighted that the recent An Bord Pleanála decision regarding the operations of the west Offaly power station was “also putting more jobs at risk”.

The Fianna Fáil TD for Longford/Westmeath went on to say that Ireland needed “a proactive, inclusive and equitable approach” when it came to Just Transition.

It must prioritise social justice and the welfare of all affected employees, families and towns.

He continued: “Permitting an unjust transition and ignoring the real concerns of workers and communities risks undermining public trust and impeding climate action.

Troy went on to point out that a socially fair transition was “crucial” to ensuring a politically feasible transition.

This will be challenging but nowhere near as challenging as facing the economic and social consequences of failing to act.

He added: “We also have to avoid any approach that creates a false dichotomy between protecting communities, on the one hand, and necessary climate action, on the other.

“Ideally we should not need this legislation.

“The Government could and should establish such a body today. We are discussing this bill because of knowing neglect and an absence of joined-up thinking.

An effective Just Transition strategy requires local and bottom-up participation by everybody affected.

“There are very clear legal obligations on the state to facilitate public participation in decision-making.

“These must be closely followed – Fianna Fáil is clear that communities must not be left on their own to manage the impacts and I welcome that the bill seeks to address this.”

‘Real questions need to be asked over BEAM spending’ – Healy