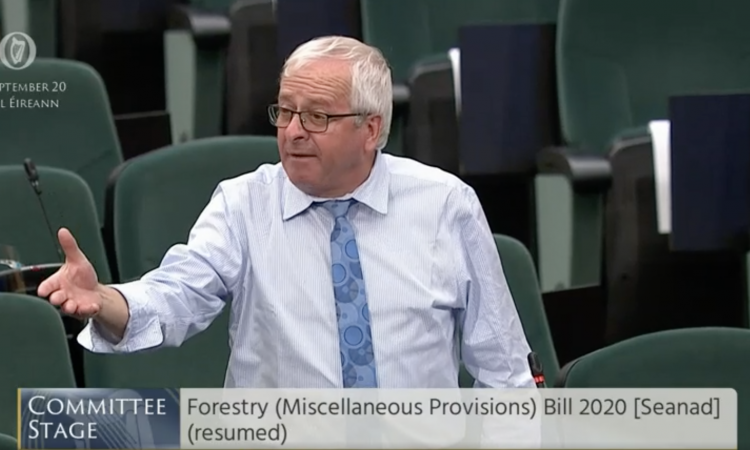 “We cannot build and sort out our housing crisis in any way if we have not the timber to make the roofs,” independent TD Mattie McGrath says. “We cannot make them with rushes or bloody thatch like they had 200 years ago.”

In the Dáil yesterday (Wednesday, September 30), TD Michael Fitzmaurice proposed an amendment to the Forestry (Miscellaneous Provisions) Bill 2020 that under the legislation, the forestry appeals committee would be obliged to give a decision within eight weeks and, if there is an oral appeal, that this appeal would be completely processed within three months of the original appeal being made.

However, Minister of State Pippa Hackett said it is “not appropriate to put into the bill a time limit on the issuance of decisions”.

The bill later passed through the Dáil.

However, independent TD Mattie McGrath has heavily criticised the ‘super junior’ minister’s bill, particularly the rejection of the time limit, saying that “this is so sad, the government has no intention of making this work”.

‘The Green Party will be banished from government again’

Deputy McGrath was one of eight who voted against the passing of the bill last night. He said:

“The minister is only trying to cod us but she is codding herself. It is herself she is harming.

The Green Party will be banished from government again. They will come back in 10 years’ time again and produce another Programme for Government with some other fellows who are willing to take them in.

“They do not understand – the minister of state is a farmer from rural Ireland. While I do not know the density of forestry in Co. Offaly, I believe they have a fair bit of it and the minister should understand this.”

The deputy said what Hackett, along with the Green Party, is doing is “poppycock”, “nonsense” and “blackguarding”.

He continued: “The backlogs are there for all the harvesters, all the fellows with the replanting, the forwarders, the hauliers and the mills. Above all, one will not have the finished product for one’s presses, wardrobes or anything, or even the roof.

“Where are we going? Kindergarten children would not come up with this kind of baloney. It is merely an effort to let on that the minister is doing something and to fool the people.

Deputy McGrath says that the last time the Green Party was in power, it “destroyed coursing and anything to do with rural pursuits”.

What have they got against rural Ireland? We want to live.

“We do not have gold and silver but we have forestry and agriculture. We have arable land. I am from the Golden Vale, with some of the best land in the country, but we have the mountains that need to be planted and used as well.” 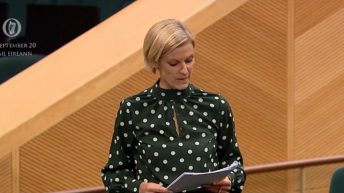