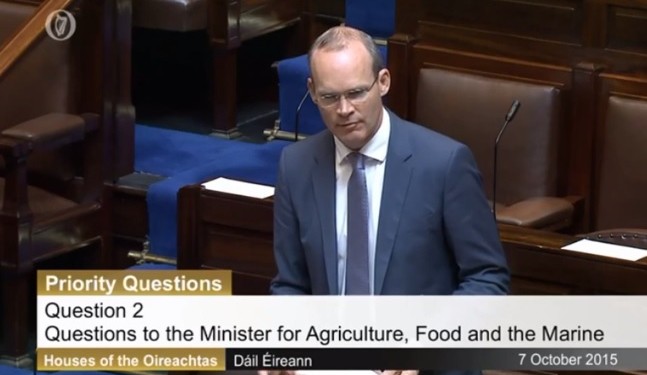 The controversy over the decision by the Department of Agriculture that a prosecution is not warranted in relation to possible milk quota irregularities involving a large Glanbia milk supplier and Clongowes Wood school hit the floor of the Dail today.

In response to a question tabled by Sinn Fein TD Martin Ferris the Minister for Agriculture said he was concerned about the details of the case and as soon has he heard about it, he initiated an investigation straight away.

He said all superlevies, due have been paid in full and there has been no financial loss to either to the Exchequer, to farmers or to the EU.

In January 2014 of this year, the Department received information alleging non-compliances by the supplier and Glanbia with the Regulations governing the milk quota regime.

The Minister said at the time that he regards it as “critically important” that Milk Quota Regulations are upheld in full, and against the background outlined above.