John Deere has unveiled its new generation R Series front loaders, which will replace the current H Series models for use with mid-size tractors.

The front loaders are also easy to attach and remove and provide smooth, fast and precise handling.

This new line of front loaders has been specifically designed for John Deere Stage IV tractors, but will still be compatible with older Stage IIIA and Stage IIIB tractor ranges, the manufacturer said.

This new R Series is particularly aimed at livestock customers.

According to John Deere, the first of three digits reflects the loader’s tractor series compatibility, and is followed by two digits indicating loader size plus a letter which reflects the specification level.

Advertisement
Thus, a 623R loader is compatible with a 6M or 6R Series tractor in the mid-horsepower range, with premium specifications.

Adopting the advanced styling of John Deere’s new 6R and 6M Stage IV tractors, the R Series front loaders feature curved booms and enhanced side and front visibility, including optimal positioning of the loader lights for better integration with the tractor design.

The front loaders will be available from November 2015, the R Series loaders feature a new Z-Kinematic design with relocated pivoting points on the boom, new bushes and an increased roll-back angle to provide up to 10% higher lift capacity.

They will be delivered as standard with new mounting frames and an automatic mast latch which allows the front loader to connect to the tractor with a fast, easy ‘click and go’ action. Buckets and tools can also be just as easily attached from the tractor cab using the implement latch.

There is a choice of levelling options from a non-self-levelling version to a mechanical or hydraulic self-levelling system, to meet individual customer needs.

As an extra option, John Deere’s unique RTP Plus return-to-position technology represents state-of-the-art levelling accuracy for all types of implement, according to the company. 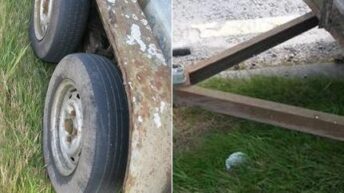 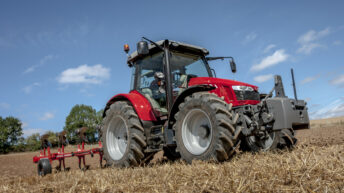