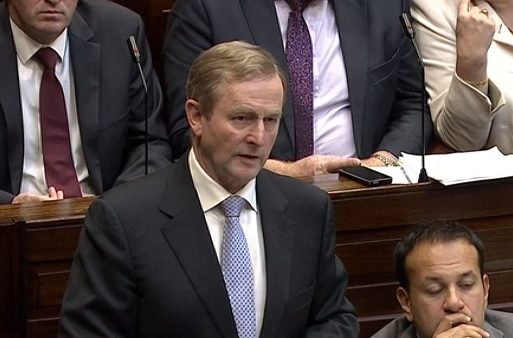 An Taoiseach, Enda Kenny came in for significant criticism in the Dail this week over the Departments handling of the roll-out of the second phase of the GLAS scheme.

Recently it was revealed that some of the most popular measures in GLAS 1 will not be available for the second tranche which is set to open within weeks.

The move will most likely impact significantly on the attractiveness of the new scheme to the ‘average’ Irish farmer i.e drystock farmers with no commonage, SAC/SPA, rare breeds etc.

“Or will he introduce separate schemes for two neighbours with the same acreage that will create a difference of €1,500?”

In response the Taoiseach said on the basis of the 27,000 applications that were submitted, the Department of Agriculture, Food and the Marine has indicated that farmers will have already met or exceeded RDP targets for low-input permanent pasture, protection of water courses, laying hedgerows, planting of new hedgerows, planting of traditional orchards.

He said GLAS differs from other schemes and has adopted a very different targeted approach here.

“In answer to Deputy Fitzmaurice’s question, there is no reduction to the average payment that a farmer can receive and achieve under GLAS.

“Farmers and advisers have the potential to maximise the payment for each individual farmer when they are drawing up the individual’s application and to achieve a payment of up to €5,000 under the scheme,” he said.