A Cork sheep farmer arrived home on Monday (June 22) to find seven of his pedigree Zwartble ewes and a ram dead after a dog attack.

Tim Kelleher, the son of ICSA Suckler Chairman Dermot Kelleher, left his home at 6pm last Monday to draw bales for a neighbour and when he returned home at 11pm he came across the dead sheep.

Kelleher estimates that the deaths of the pedigree Zwartbles will set him back at least “€5,000 or €6,000” and the sheep were a key component of his Clashflock Zwartbles breeding stock.

“The ram would be worth nearly €1,000 on its own. I had one ewe killed in the two weeks previous; her neck had been chewed.

“It’s a rippling effect. Three of the ewes killed were three generations; a grandmother ewe, her daughter and the granddaughter.”

It took me the best of five years breeding to get them lines and I can’t replace them, I’ll never get it back.

“I was building this up for years and it was all just taken out from under my feet. It’s heartbreaking.”

Kelleher explained how valuable pedigree Zwartbles can be; last year he bid €1,000 for a ewe lamb at sale last year.

Six months ago he had up to 80 sheep however he made the decision to get rid of commercial ewes and just focus on pedigree sheep.

Kelleher left his farm last Monday with 30 pedigree ewes and when he came home that number was down to 23, however, a number of ewes were also injured.

“Another ewe was attacked, I don’t know if she’ll go or not, and another two ewes are injured,” Kelleher said.

Following the attackICSA Sheep Chairman John Brooks has urged dog-owners to be responsible with their animals and ensure that that they are secure at all times.

“All dogs, from cherished family pets to prized working dogs, can potentially cause serious distress and damage if they are not kept under control.

“Sheep are completely defenceless, and it is absolutely vital that we do all we can to protect them from attack,” Brooks said.

The ICSA Sheep Chairman is calling on all dog owners to ensure that they do their duty and keep their dogs under control at all times to avoid these horrible scenes. 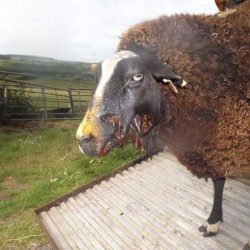 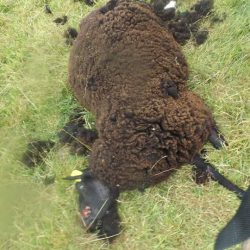 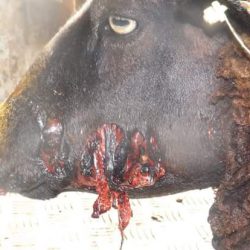 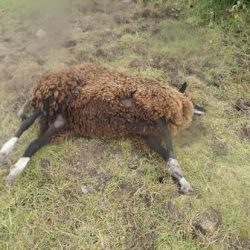 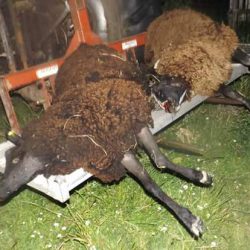 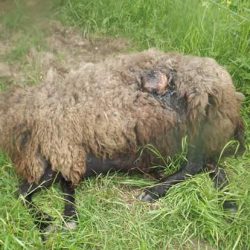 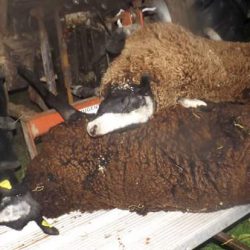