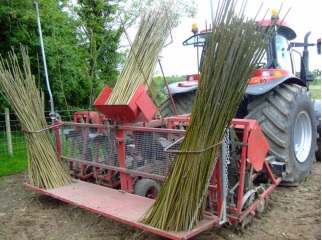 Only four applications were made this year to the Department of Agriculture’s dedicated scheme to support bio-energy crops and due to the poor uptake the Department is reviewing the future of the Scheme.

The Department has had a Bio-Energy Establishment Scheme in place since 2007, and this Scheme specifically provides support for the establishment of willow and miscanthus plantations.

The Scheme has been variously funded at different times solely by the Exchequer or by a combination of national and EU funds.

At present, the scheme is wholly Exchequer-funded.

The Minister for Agriculture Simon Coveney outlined that the 2015 Scheme focuses exclusively on the growing of willow and provides establishment grants to farmers of up to 40% of the crop establishment costs subject to a maximum grant of €1,040/ha.

He said in the light of disappointing take-up in recent years, and in response to submissions from the sector, the eligible area for planting was increased substantially from 30 hectares to 50 hectares under the 2015 scheme.

Despite this, he said interest in the scheme remains very low with just four applications this year for a total of 145 hectares of willow, much of which he said is not expected to proceed.

The Minister said in the circumstances, the Department is now reviewing its options for the future.