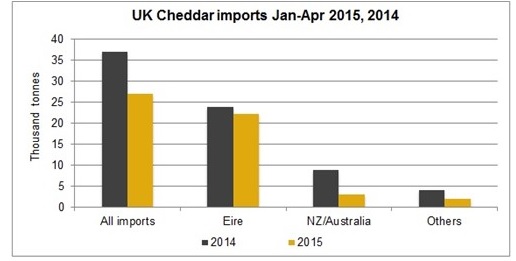 The figures from the Agriculture & Horticulture Development Board (AHDB) in the UK show that UK imports of cheddar totalled 9,084t for April, down on the same month a year earlier by 494t (-5.2%).

Overall, cumulative imports of speciality cheese were up by 2,786t (2.3%) compared to the same period in 2014 for dairy produce.

Imports originating from Ireland were up by 3,901t (49.3%). Irish milk deliveries increased by 4% in the first four months of 2015 as the end of milk quotas was in sight, with April seeing a jump in deliveries of 14%. 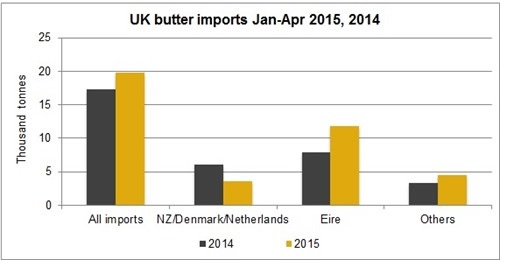