At this year’s Agritechnica show, Strautmann launched a new generation of its Giga-Vitesse CFS silage wagons.

Strautmann has a significant following for its wagons here in Ireland; the Giga-Vitesse range is seen as its big, contractor-spec offering.

Apart from established features such as the CFS feed-in system, the latest Giga-Vitesse has some new developments – such as a new rotor design and a wider pick-up.

The camless pick-up, with six V-shaped tine rows, is equipped with plastic strippers – to prevent early tine wear and for smoother running.

The pick-up width has increased to 2.25m.

This, says the manufacturer, will enable the machines to “pick up even the widest swathes without any problems”. 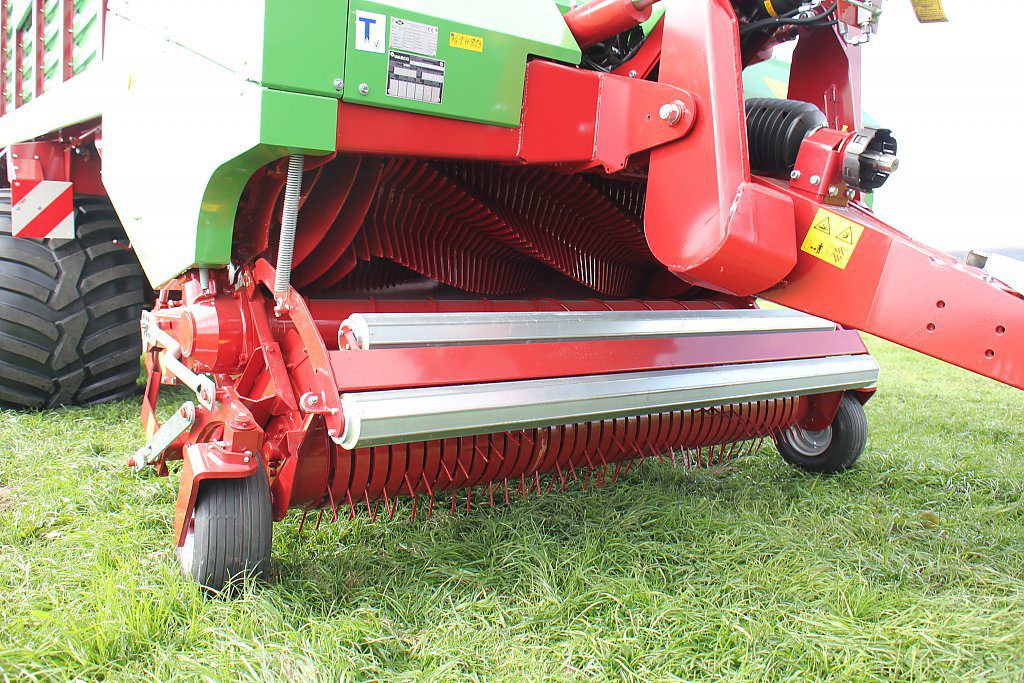 The guide wheels do not have to be retracted, but can remain in position during road travel. Furthermore, the height adjustment of the guide wheels has been made easier, so that the operating height of the pick-up can be adjusted quicker.

The existing CFS roller, which is designed to improve grass flow – and is now a well-known feature of Strautmann forage wagons – works behind the pick-up. With eight helical tine rows, the latest rotor conveys the material into the cargo space across a width of 1.6m.

Additional 6mm-thick auger flights are integrated into the rotor on each side. They convey the material from the pick-up inwards – to the rotor tines.

The rotor drive has also been updated. On the right-hand side, an oil-bath gearbox transmits tractor power to a planetary gear-set – integrated in the rotor. This, says Strautmann, means that speed is only reduced directly in front of the rotor, which “prevents high torque in much of the the power-train”.

As standard equipment, the existing Field Operator 120 control terminal is used to operate the machine. The Field Operator 130, which makes operation easier thanks to a colour display and an automatic drawbar system, is available as an optional extra.

Both operating options are ISOBUS compatible.

The Irish importer is IAM, which is based in Kilkenny.

A 'world's first' from Strautmann: A diet feeder that needs no driver