Currently, it’s estimated that about 7.8t/ha (dry matter) is utilised nationally on dairy farms; there’s the potential to increase this figure to 10t/ha.

However, as it stands, the rate of progression is slow and utilisation is only increasing by approximately 0.2t/ha/year.

For farmers to achieve the 10t/ha target, it’s important to recognise that improvements in soil fertility, grazing infrastructure and the level of reseeding are crucial.

However, to achieve greater change in the level of grass utilised, farmers will need to up-skill their grazing management practices and change their mindset when it comes to investment.

On this, Teagasc’s Joe Patton said: “It always strikes me when we ask farmers the question about their investments, straight away a lot of peoples’ minds go to steel, concrete and machinery.

How many of us actually include phosphorous, lime and grazing infrastructure when we count up how much money we’ve spent over the past 10 years?

“Capital spend is seen as yard infrastructure and we really need to start putting a figure on what we need to spend from a grazing and grazing infrastructure point of view.”

Touching on soil fertility in the Cavan region, the dairy specialsit added: “There are about 330,000ac of grassland dedicated to milk production in this region.

A conservative estimate on the spend is needed – at farm level – on soil fertility alone it would be close to €120 million. This puts into context the scale of investment that is required.

“We are not looking at a situation where we just want to throw money at the problem; we need to invest in skills and knowledge as well.”

Teagasc’s John Maher also told the delegates of the importance of growing more grass from a profitability point of view.

“When you analyse the data that’s there over the last number of years, on dairy farms across the country, every additional tonne of grass eaten will increase profit by – on average – €180/ha.

“Grass has a big role to play in the profitability of the systems that we practice in terms of dairy farming and that’s why we have such a focus on it; it has enormous potential to increase profit on farms.

We need to get more grass grown and eaten.

The dairy specialist added that farmers should be aiming for at least 10 grazings per annum; this will equate to approximately 14t/ha of grass grown or 10t/ha utilised.

“10 grazings is achievable as long as we put an emphasis on achieving six grazings during the mid-season (mid-April to mid-August).

However, he said: “If soil fertility is not right, it will hinder grass production and ryegrass performance – something a lot of people forget about.” 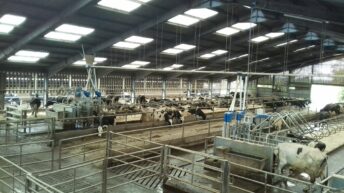 How Dutch innovation is beating heifer ‘bullying’ at a UK college 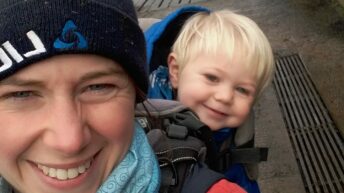