The European Commission’s Management Committee agreed on the proposals to introduce the aid package designed to support market stabilisation across the EU’s dairy sector.

Today’s agreement puts in place the legal framework for the exceptional adjustment aid to milk producers and a package for the provision of aid for milk production reduction.

This step paves the way for their adoption by the Commission College in early September.

Exceptional Aid to milk producers and farmers in other livestock sectors

This is a €350m package with individual Member State allocations for them to undertake measures which best reflect their national circumstances.Ireland has been allocated €11.1m

This proposal will fund aid to farmers who agree to temporarily reduce their milk output at a level of 14c/L.

The budget for this scheme is €150m and there are no individual Member State allocations.

An extension of the intervention period for Skimmed Milk Powder to the end of January 2017 and the next period beginning immediately after.

The announcement was welcomed by the Minister for Agriculture, Food and the Marine, Michael Creed.

Minister Creed said the finalisation of these proposals is very welcome and the process of implementation can start at a national level.

I have engaged intensively with Commissioner Hogan and Agriculture Ministers from other EU member States before and after the July Council which agreed this €500m package and am delighted with the outcome and what it means for Irish farmers.

“Volatility in dairy markets is a global, EU and Irish problem, for which there is no single silver bullet,” he said.

The Minister added that the solutions to have emerged at EU level and today’s commitments will be of great assistance.

“These supports build on previous measures implemented at both EU and national level, including the €26.4m in targeted direct aid payments to dairy farmers, and the advance payment of some €1.2 billion in 2015 BPS payments.

“Advance payments are also planned for this October, and this will be of significant assistance in easing cashflow concerns on farms.

“I am also very pleased to see that intervention for SMP has been extended.

“This sends a very important signal to the market place that the Commission will continue to deploy market support tools when this is necessary,” he said.

Minister Creed concluded by saying that the focus now turns to implementing these measures at a national level.

Some Irish dairy farmers may wish to avail of the aid to temporarily curb production and my Department will continue to engage with stakeholders including co-ops and farm organisations now on how best to implement this.

“Likewise, the €11m direct aid package offers an opportunity to deliver a meaningful measure which can assist farmers.

“The priority must be to deliver a measure which achieves value for money while offering structural assistance to farmers in helping to tackle ongoing liquidity issues.

“My Department will be consulting with stakeholders and I expect to be making further announcements on both of these measures in the very near future,” he said. 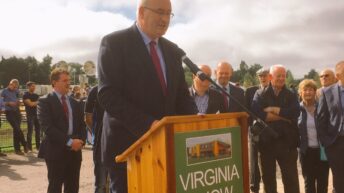