Video: Why this dairy farmer chose a dribble bar over a trailing shoe 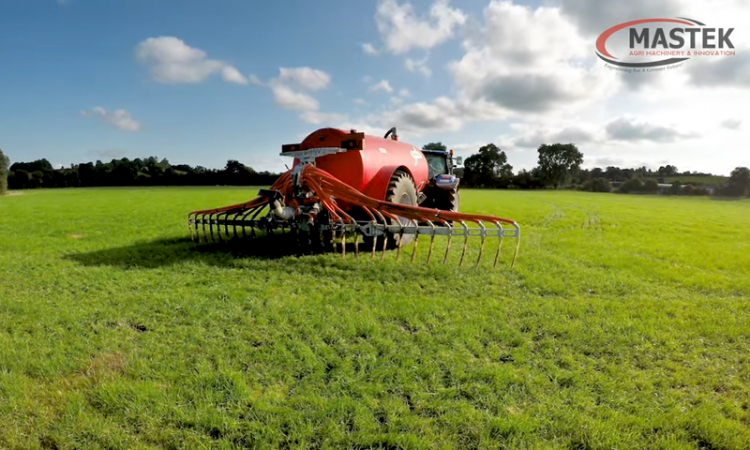 As part of his well-run dairy enterprise, Darren uses a 7.5m Mastek Professional Universal Dribble Bar (PUDB). Here; he explains why he chose this over a trailing shoe.

Opting for a Mastek 7.5m PUDB

What were your reasons for purchasing a dribble bar instead of a trailing shoe?

I had a very fresh Redrock tanker. A trailing shoe was not eligible as a retro-fit under the Targeted Agriculture Modernisation Schemes (TAMS) II Low Emissions Slurry Spreading (LESS). The dribble bar was acceptable as a retro-fit, with a grant of up to 60%.

The price of the dribble bar was much lower than the trailing shoe and, after examining the slurry spread with both type of machines, I noticed that the trailing shoe was not much better – unless you’re spreading on long grass. In my opinion, the additional expense was pointless. 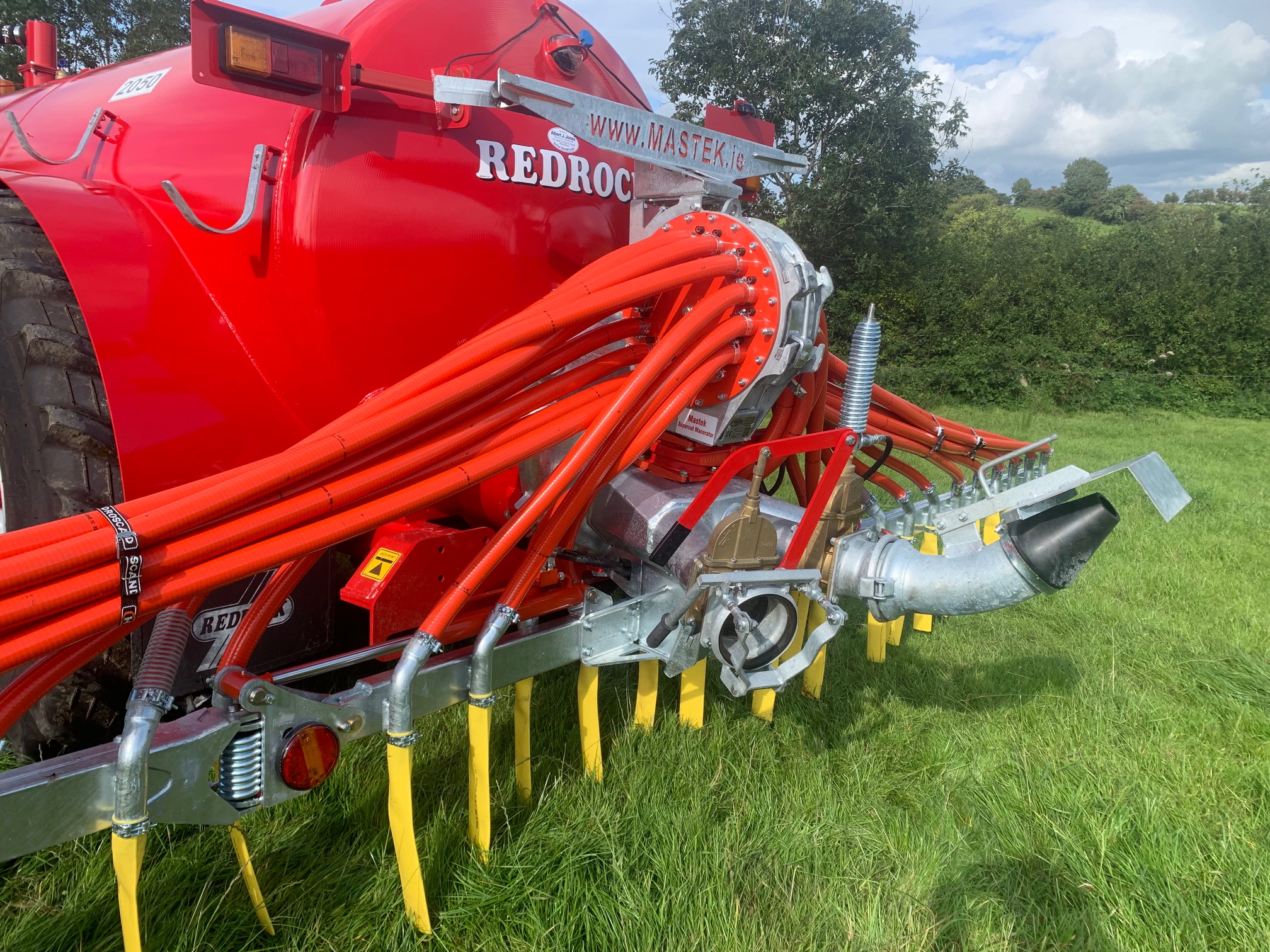 Moreover, the Mastek PUDB weighs less than 440kg, so it’s possible to get out to spread in the fields much earlier – without doing damaging.

The Mastek PUDB is also much simpler…and it’s faster to use than a trailing shoe.

Why did you go for a Mastek-built unit?

The first reason was because my brother Barry – an agricultural contractor – has been using a Mastek dribble bar as part of his umbilical system for a number of years.

He works for a lot of farmers; he encounters thick slurry with fibres from round bales; sometimes there are even pieces of plastic and wood in the slurry. Despite this, he’s never had any problems or blockages. That, I’d say, is thanks to Mastek’s SuperCut macerator.

When spreading in the field, because of the simple lay-flat hose, there is very little grass contamination. When the cows come back to the paddocks, they can eat all the grass. 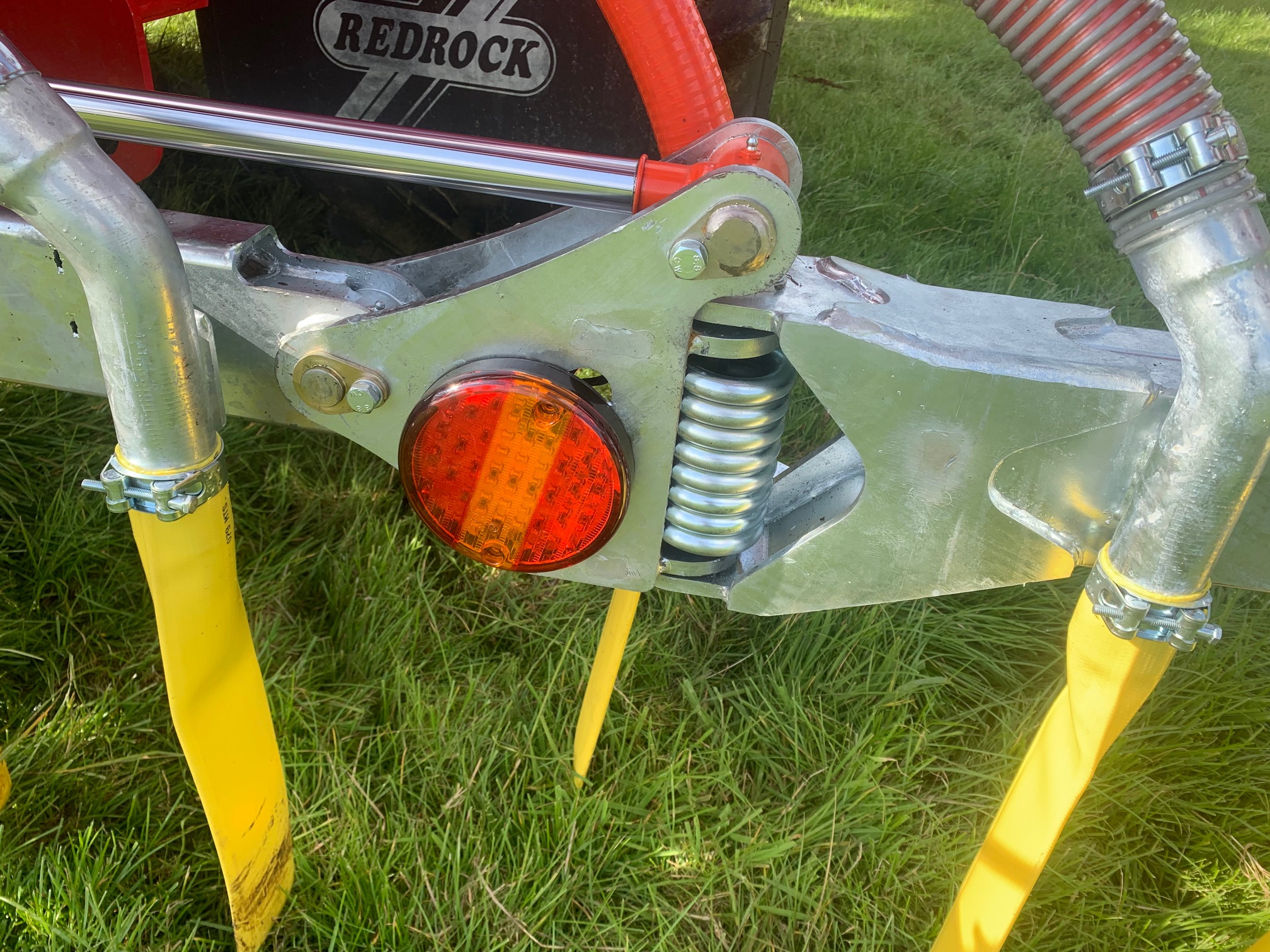 It’s also worth bearing in mind that we live close to Emyvale town. Thanks to the dribble bar, nobody even knows when we’re spreading slurry anymore – because there’s practically no smell.

The machine is so easy to use – even down to putting on the suction hose. It’s as easy as if you had no dribble bar attached – unlike other systems I’ve seen, where it’s so awkward to even put the hose on.

When you go to the field to start spreading, after you let the booms down, you only have to flick a switch to turn on the SuperCut macerator. When you’re finished spreading, and you want close the boom, you just flick the switch the other way. Because it always gets turned off, the blades are protected.

I also find the spring-loaded breakaway a fantastic job; it means I can spread in close to an electric fence post, without damaging it or the machine.

When I first started to use the machine I had to travel twice as fast to cover the same amount of ground as a splash-plate; that was very difficult on some of our hilly paddocks.

But, after speaking to the guys in Mastek, they supplied me with a ‘Flow Reducer’ which brought the machine back to splash-plate speed. It’s made everything safer.

Like most farmers, I was nervous enough about using a dribble bar – because of concerns about the extra weight [in the field] and the potential for blockages.

But – I have to say – the Mastek PUDB is one of the best and easiest-to-use machines I’ve ever had. That, along with the big savings on fertiliser, mean it’s a no-brainer.