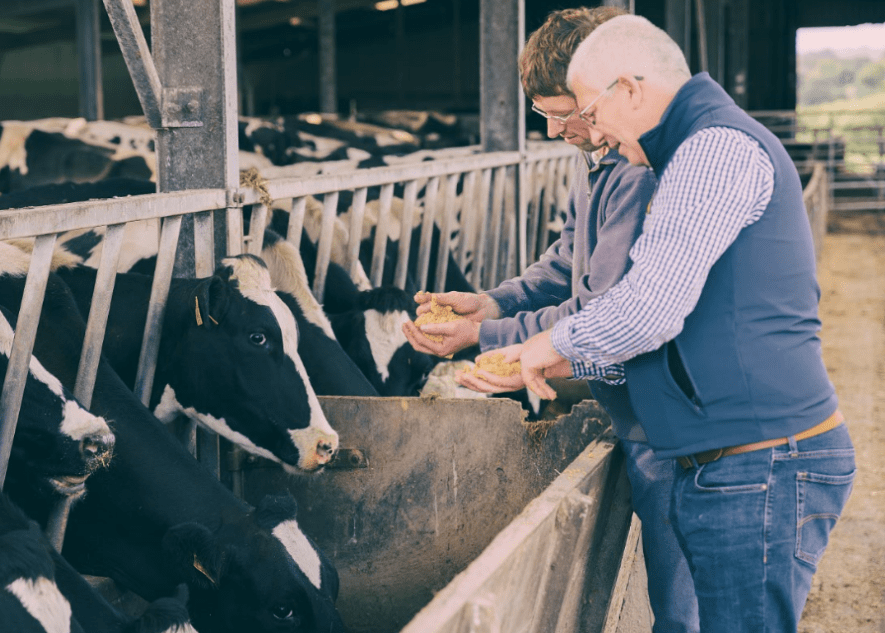 In order to fill their winter-milk contract with their local Co-op, they are milking 110 high-yielding Holstein Friesian cows under a spring and autumn-calving system.

Over the last number of years, the challenge for the Buttimers has been to make the most of their farm output from a limited grazing platform. Due to high stocking rates, the Buttimers need to buffer feed – at certain times – throughout the grazing season.

“With the type of cow we have here and a limited grazing area, our focus is to keep the diet right for these cows in order for them to reach their potential,” Alan explained.

We need to achieve this in a way that allows us to cost effectively get more milk from the same number of cows.

In late 2015, Tom and Alan started working with Specialist Nutrition’s Pat Coakley in a bid to unlock their cow’s potential. The diets of the cows was changed and, in particular, Eornagold was introduced. As a result, milk output increased.

With the same number of cows, the Buttimers have been able to increase the average yield from 2015 to 2016 by nearly 20%, while maintaining milk solid levels.

Alan continued: “By focusing on the herd’s overall nutrition throughout the season, we have really seen a response.”

The Buttimers needed to ensure that they could sustainably increase milk volumes, while maintaining the same number of cows.

By working closely with Coakley, they recognised that there was an opportunity to fine-tune their feeding programme in order to get more from their existing herd.

With this in mind – in autumn 2015 – they began to use a combination of Eornagold, maize silage, treated grain and soya. They alternated the mix depending on grass growth rates to ensure sufficient daily dry matter intake levels. 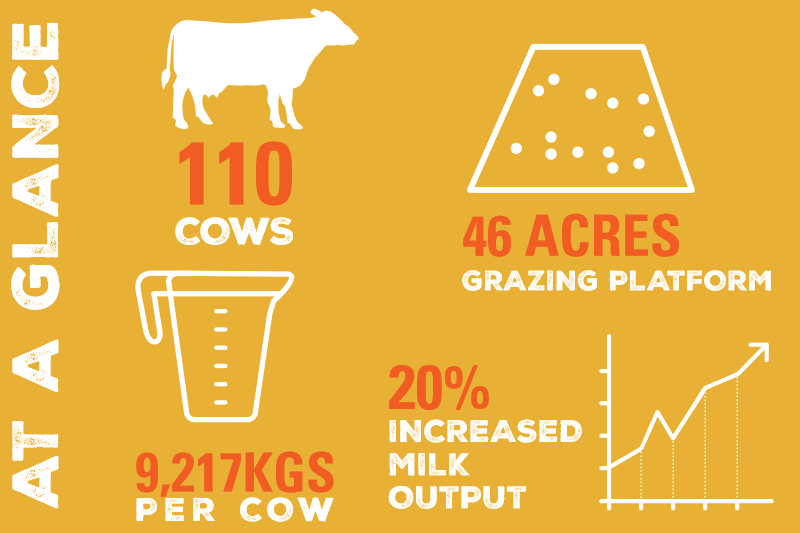 Eornagold is a by-product from the alcohol industry. It is used as a buffer feed at certain times of the year to balance the cows protein.

Pat Coakley said: “Eornagold is high in protein – with 28% crude protein. It is also a good source of energy. It has the added advantage of being a very palatable feed.

It also binds well with other ingredients in a diet-feeder; resulting in reduced sorting at the feed face.

Alan added: “We find that when we start feeding Eornagold, it increases the cows’ intake and they respond with more output.”

The Buttimers introduce Eornagold at the shoulders of the year and during the winter months. These are periods when they are buffer feeding at high levels. 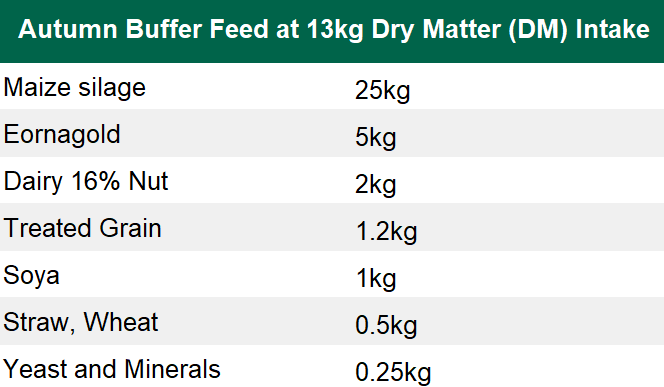 Coakley continued: “Eornagold included at these key times of the year increases the energy density of the diet. It maintains yield and builds condition on stale cows.

In the autumn, the freshly calved cows have improved intake levels that are needed for a productive early lactation.

One of the key challenges facing the Buttimers – in their ambition to unlock the farms true potential – was the limited grazing platform available to them.

While they have a total land base of 172ac, much of this land is inaccessible for the dairy cows due insufficient infrastructure and a river close by.

With a stocking rate of 2.4LU/ac on their grazing platform, Tom and Alan had to seek out alternative feeding solutions in order to optimise their grassland management approach.

Another reason why the Buttimers introduced Eornagold was to ensure that the milking platform did not get over-grazed.

“Our grazing land is limited. However, it is an important resource for us. We’re very careful not to poach land during wet spells, especially at the shoulders of the grazing season. This would affect our grass regrowth,” explained Alan.

Introducing Eornagold at key times of the year has allowed us to carefully manage our grassland.

In order for Tom and Alan’s farm to reach its true potential and increase profitability, they needed to unlock the full potential that existed within the herd and the land.

With the advice they received from Specialist Nutrition, along with introducing Eornagold into their animals’ diet, they’ve been able to achieve this. While pitting Eornagold has given them peace of mind in knowing that they have a reliable source of feed, all while driving their farm profits in a sustainable way. 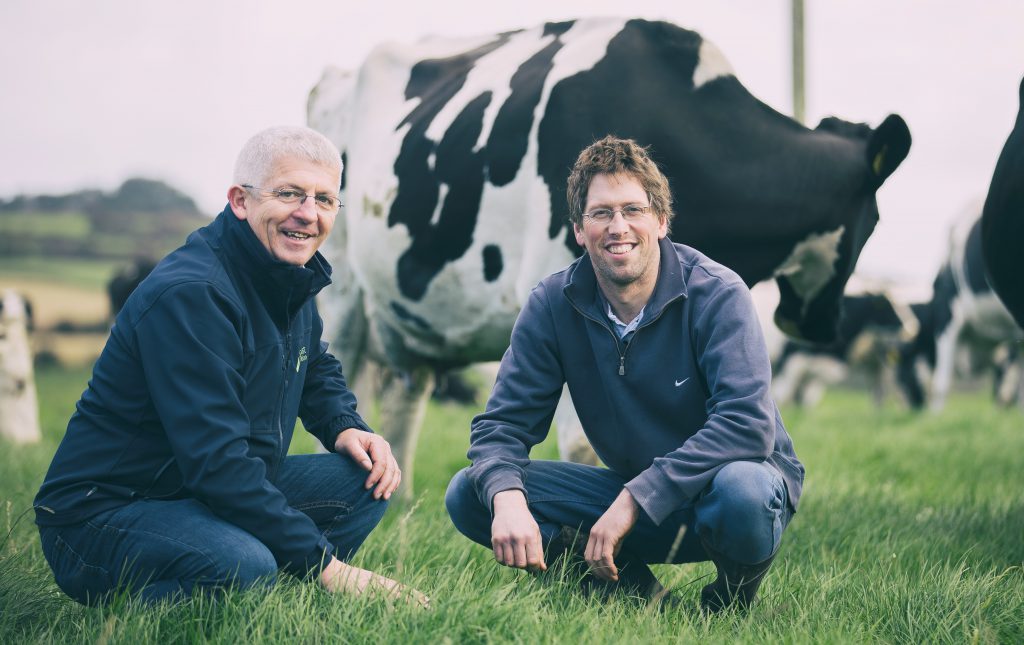 “Working with Specialist Nutrition and using Eornagold has meant we’ve been able to make progress and we’re getting closer to reaching the full potential of our farm. This feels like a job well done,” Alan concluded.

Specialist Nutrition offers a wide range of moist feeds; by-products from the alcohol industry; and animal feed solutions for both dairy cows and beef cattle.

To speak to Specialist Nutrition for further product information or for a consultation call Conor Quinlan at: 086-1064198; or email: [email protected]. Click here to find out more