Video: Toyota turns on the style with ‘Tonka’ Hilux 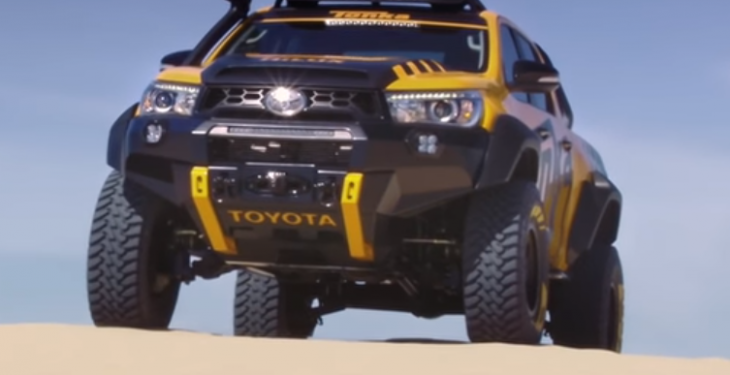 Toyota has created a full-scale Tonka “toy” out of its iconic Hilux pick-up in Australia, making what would be a truly excellent farm vehicle in the process.

The Hilux Tonka Concept was developed by Toyota Australia to help celebrate the Hilux becoming Austalia’s best-selling vehicle in 2016.

Other reported factors in its development include marking both the 80th year since Toyota’s incorporation, and the 70th year since the founding of the famous toy brand Tonka. 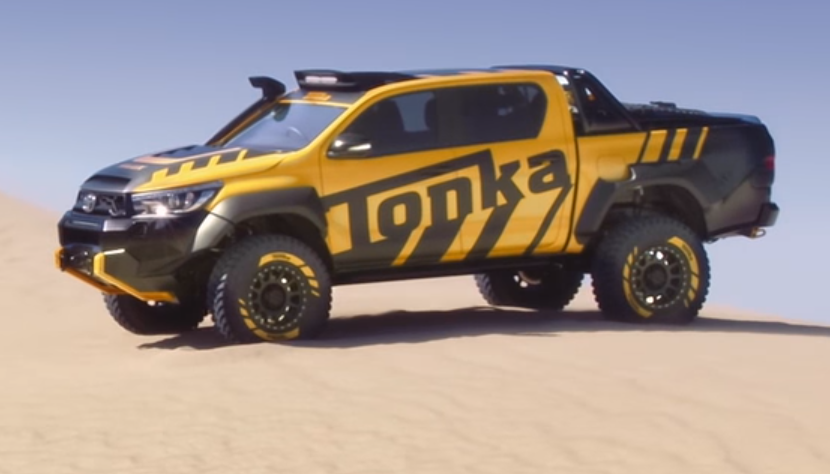 The concept was designed, built and tested by Toyota Australia’s product planning and development division.

The aim is to invoke nostalgic memories among people of Tonka’s toy trucks. These children’s toys are used for playing in sandpits and have been popular for decades – even here in Ireland.

Decked out with flashy black-and-yellow paintwork, beneath the decor is a top-of-the-range production-spec Hilux – an SR5 double-cab with a 2.8L, 4-cylinder turbocharged diesel engine.

A 6mm-thick alloy plate protects the sump and other vital parts underneath the vehicle (while the paint-job might not suit all farmers, the guard plate certainly would).

In the load deck, a removable tubular frame keeps various extra equipment secure. The frame is home to fuel cans, a fire extinguisher, storage boxes and a high-lift jack, as well as an axe and shovel.

Toyota adjusted the ride height of the standard Hilux by raising it 150mm to add even more ground clearance. The suspension has been reinforced to deal with any type of terrain. Herding cattle or sheep up a mountain would be no problem with one of these… 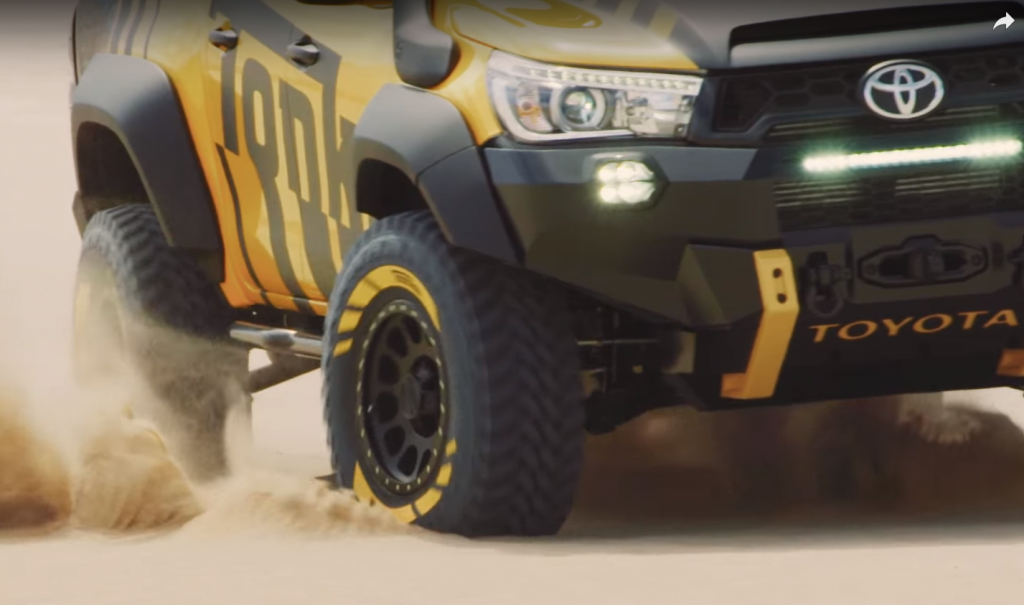 The modified ‘ute’ (utility vehicle), as Australians would call it, has 35in-high tyres with a reinforced nudge bar on the front, along with an LED light-bar on top.

Unfortunately, the ‘Tonka’ Hilux will remain a concept and is not available to buy, so there won’t be any on farms just yet. However, in Australia, the concept vehicle is currently on tour in Queensland for the months of May and June.

For a standard Toyota Hilux, prices in Ireland start from €29,250 for single-cab models, and €36,500 for double-cabs (both including VAT). 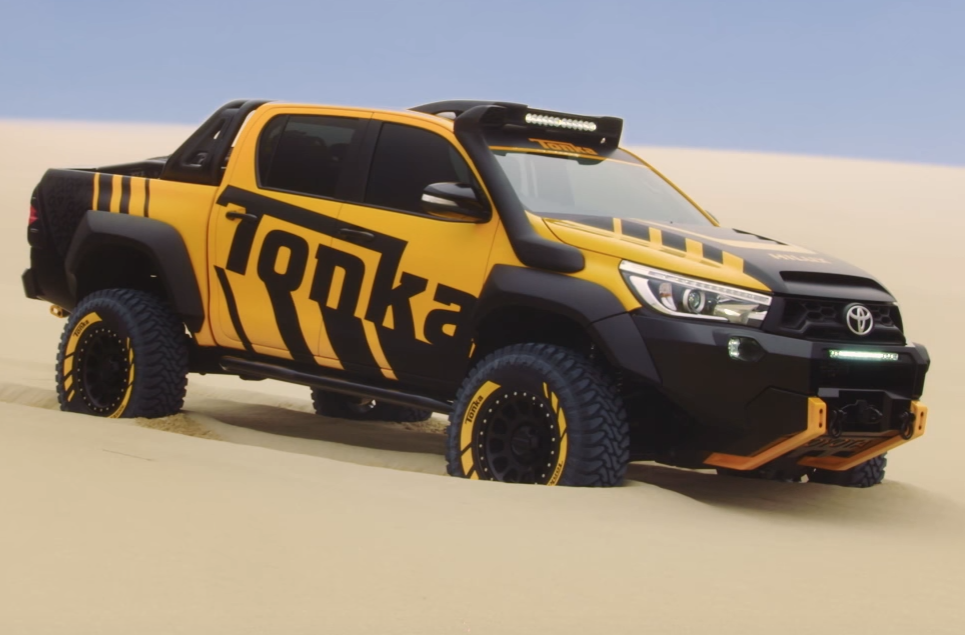 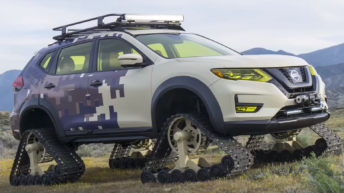