Video: The summer silage season in full swing across Ireland 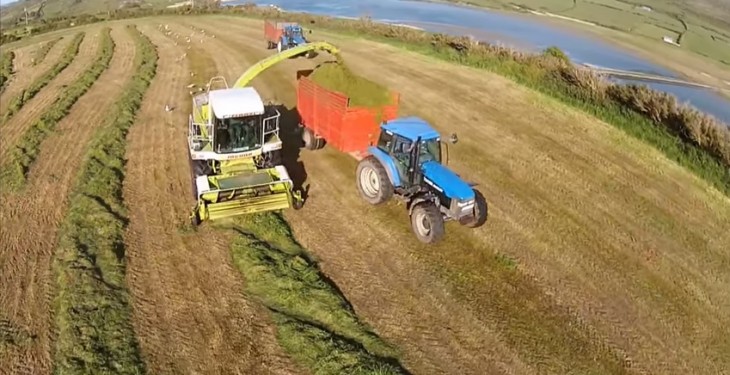 Silage making is continuing across the country and with good weather promised again next week, grass-cutting looks set to continue.

Robbie Ingram, from Templemore, Co. Tipperary, has been filming silage making and everything that goes with it over the past number of weeks.

Filmed all over the country from Malin Head in Co. Donegal to Tipperary and Kilkenny, his video ‘Silage Season on Irish Farms’ covers the cutting of grass to slurry spreading.

This is Robbie’s first farming video, but previously he has filmed car racing and landscaping videos.

Robbie isn’t from a farming background, he’s in car sales, but he has always been into photography.

“I’ve always been into photography, I only do it part-time and you have to be different with it nowadays. I’m about 12 months into droning now.

“I filmed it over the past six to eight weeks and there’s five or six farms in the video,” he said.

The video has the soundtrack of farming song ‘Hit the Diff’ by Marty Mone.

Starting off with tractors and forage harvesters cutting grass, the video goes on to show the collecting of grass and turning the grass.

Dumping grass in the pit with loading shovels ready to compact the grass and baling feature in the video with Class balers.

Pink bales will be a familiar sight to some people over the summer, the bale wrap is in aid of the Irish Cancer Society, and they are also included in this video.