Producing wool is ‘too expensive’ so farmer turns to Easycare sheep 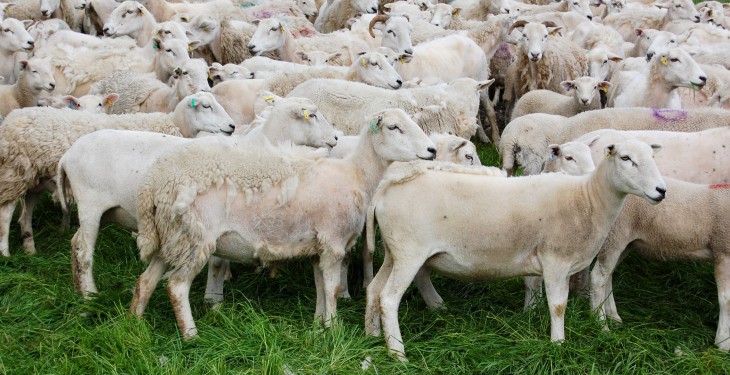 Shearing sheep hasn’t been a paying proposition for the past number of years, according to Co. Antrim sheep farmer Campbell Tweed.

“This is one of the reasons why I decided to go down the road of keeping Easycare bloodlines,” he said.

“The animals have the ability to naturally shed their wool. But other factors also came into play when I decided to move away from the Blackface ewes that would have been the traditional mainstay of the farm.

“These include the ability of Easycare ewes to lamb outdoors with little or no assistance, their excellent mothering abilities and the production, for the most part, of R grade lambs from flocks that are offered only grazed grass and silage.”

Tweed runs a flock of 2750 ewes on his upland farm just north of Larne, lambing in April. All the animals are performance recorded throughout the year.

“Last year only half a per cent of our ewes needed assistance at lambing,” he said.

“Easycare mothers have an excellent supply of milk with most able to rear twin and triplet lambs without difficulty. In a normal year we will have lambs ready for market at around 19.5 kilos carcass weight by the end of August. Ewes with twins are stocked at a rate of six per acre: the equivalent stocking rate for those with singles is ten.

“Lambs will be drafted on a continuing basis from September onwards with grazed grass the sole feed source.”

Easycare ewes will start to shed their wool around the middle of May. They fall into three categories: bare, scruffy and rough.

“Bare sheep will lose all of their wool. Those in the other two categories will hold on to their wool to varying degrees. We will clip those sheep that retain a high proportion of their fleeces,” said Tweed.

“Last year, we only treated a total of 20 ewes for fly strike.”

The Easycare breed can trace its origins back to the mid-1960s when Wiltshire Horn and Welsh Mountain sheep were initially crossed. The Wiltshire is a naturally self-shedding breed type. Easycare numbers are increasing significantly throughout Ireland at the present time, according to Campbell Tweed.