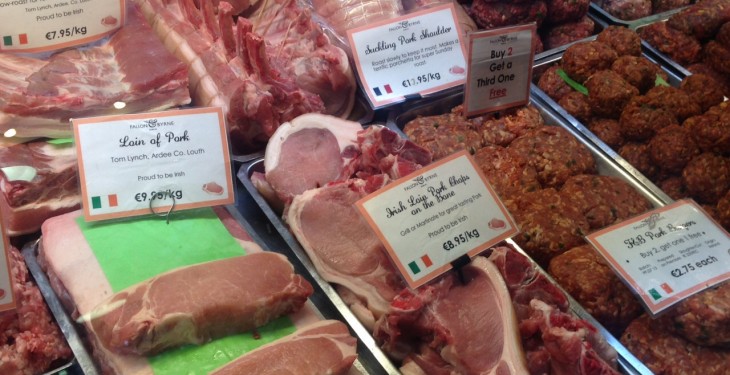 Retail beef sales in the UK for the 12 weeks ending May 24, 2015 were down 1.4% compared to the same time last year, figures from the Livestock and Meat Commission (LMC) show.

Citing data from Kantar the LMC says that there has been key changes in the performance of individual cuts in terms of volume sales when comparing the two 12-week periods.

Volume sales of frying and grilling steaks increased by 3% year on year while volume sales of roasting joints remained stable between the two periods, it says.

Meanwhile the LMC says the volume sales of other major cuts generally recorded a decline between the two periods.

UK sales of frozen pies/puddings increased by 19.7% in terms of volume sales while sales of chilled and frozen ready meals both increased in the region of 6.5% year-on-year.

This slight decrease in total expenditure on lamb has occurred despite a 4.4% increase in the volume of sales to 22,538t year-on-year, it says.

The LMC says that the increase in the volume of lamb retail sales was driven by a decline in the average retail price to £7.44/kg in the 12-week period.

In the corresponding period in 2014 the average retail price of lamb was £7.87/kg which accounts for a 5% decline year-on-year.

The majority of major lamb cuts have recorded an increase in terms of total volume sales year-on-year and this can most likely be attributed to the lower retail price, the LMC says.

The LMC attributed this lowering retail price to an increase in the level of imports from New Zealand during April 2015 when compared to year earlier levels.

This product will have been on retail shelves in late April and during May and helped reduce the average retail price coming on the back of an early Easter, it says.

The strongest increases in retail sales volume was for mini-roasting joints and lamb marinades which both increased in the region of 30% during the 12-week period ending May 24, 2015 when compared to year earlier levels, the LMC says.

Volume sales of lamb mince also recorded an increase of 15.3% year-on-year, it says.