Video: Newfangled system of baling two forages into one

A contractor outside Birr, Co. Offaly, has been experimenting with methods to preserve extra forages that have been grown on his farm this autumn.

“Forage rape is very high in moisture content, so when I decided on baling it I thought this might be an effective experiment to try and bind the bales together,” he said.

Roy explained that when he is feeding forage rape to livestock he would always feed straw along with it.

Advertisement
He said blowing the straw on the rows of forage rape was the easiest way to feed the mixed forage considering the machinery that is available to him on the farm.

“We don’t have a diet feeder but we have a straw blower and we have balers of our own – so we blew the straw out on the rows and baled it up as a mixed feed.”

Roy explained that his fear was if the forage rape was baled on its own, the bales would go soft. 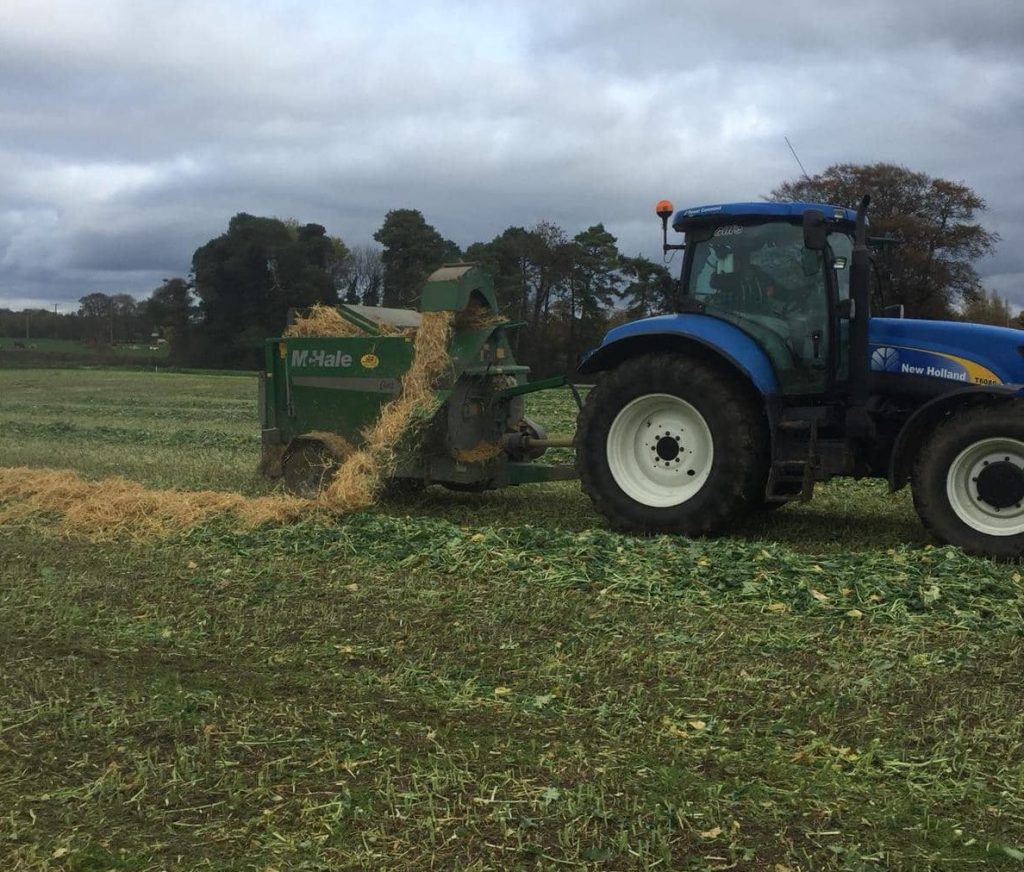 He said: “I now have the two feeds mixed for me while the straw is helping to bind the bales together.”

He noted that, while he was mowing, he had to resort to using a mower without conditioners on it because “the conditioners were almost pulping the crop”.

“This is only an experiment; we would normally always graze the forage rape – but I had more sown this year as some of it was sown under the tillage incentive scheme.”

Roy concluded: “I think it will be interesting to see if the crop will regrow or not.”

The crop was sown on August 13 as part of the fodder production incentive. It was cut on October 23, and baled on October 25, yielding 49 bales on 4ac that included 10 bales of straw that was blown out on the crop.