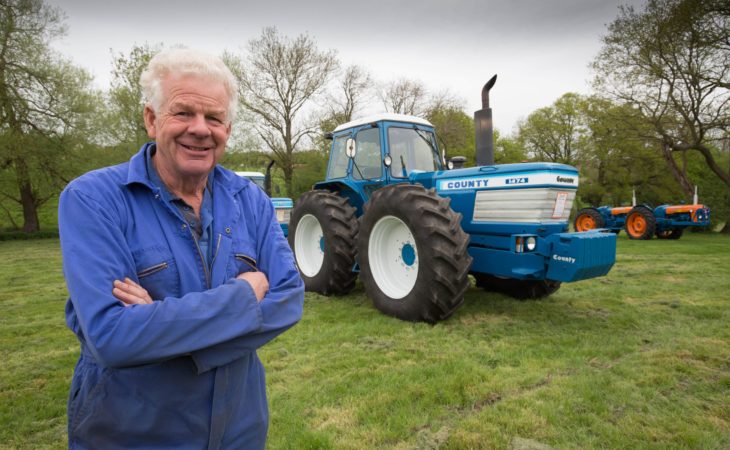 As reported back on April 16, what has been described as “one of the most important collections of classic Ford and Ford-related tractors” will be sold at auction next month (Saturday, May 12) in England.

The collection is owned by tractor enthusiast Paul Cable (pictured above). The auction – comprising 38 sought-after classic tractors and piles of implements and spares – will be conducted by Cheffins.

Amassed over 14 years of collecting, many of the tractors on offer are some of the rarest examples of their type to have hit the market – including the uncommon Fordson County derivatives such as the Super-4, Super-6 and a 1957 Four Drive.

Photographer and video guru Tim Scrivener, who routinely visits auctions and on-site sales for AgriLand, travelled to Paul Cable’s base – Colesdale Farm, Potters Bar in Hertfordshire (England) – to meet the man and find out how he began to build up this impressive collection.

In this brief video (above), Paul explains how he started contracting in 1967 as a one-man band. The following year, he bought a brand new County 1124.

He said: “Once I bought the 1124 I was ploughing left, right and centre. Business progressed on and on.”

Fast forward to 2003; when Paul decided that he’d “had enough”. He explained: “I was employing about 12-14 men. I wasn’t enjoying it anymore; so I decided to pack it all up.

“Then I decided to collect tractors. I’d already had a Doe Triple-D for several years.

One year I got a little bit serious; I bought 13 tractors. My wife was saying: ‘What are you doing?’

“Thank goodness I did; there’s 38 tractors here now. If I hadn’t collected them then, you can’t find some of these today.

“Saturday, May 12, is going to be a sad old day; an interesting day but a sad day – when Cheffins comes along as the auctioneer. In about an hour [Cheffins] will have sold my collection.”

Stay tuned to AgriLand for more in-depth preview reports (with detailed picture galleries from Tim Scrivener and nuggets of useful information on many of the tractors up for grabs) and follow-up coverage (afterwards; with prices). 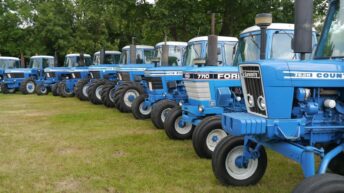 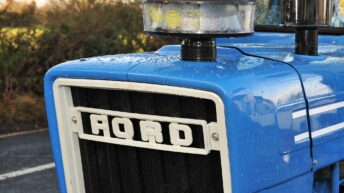