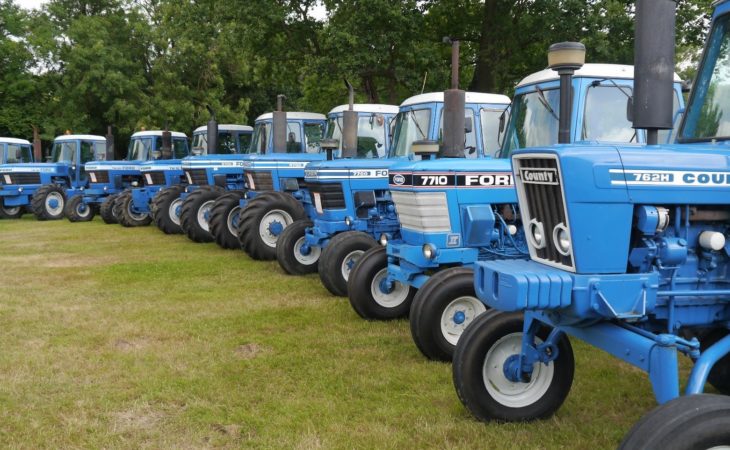 Cheffins – the UK-based auctioneer – is due to sell what it describes as “one of the most important collections of classic Ford and Fordson tractors” on behalf of well-known enthusiast Paul Cable.

The Paul Cable collection will go under the hammer on Saturday, May 12, near Potters Bar in Hertfordshire (England).

Comprising of 38 sought-after classic tractors and piles of implements and spares, the collection is expected to generate in excess of £500,000. 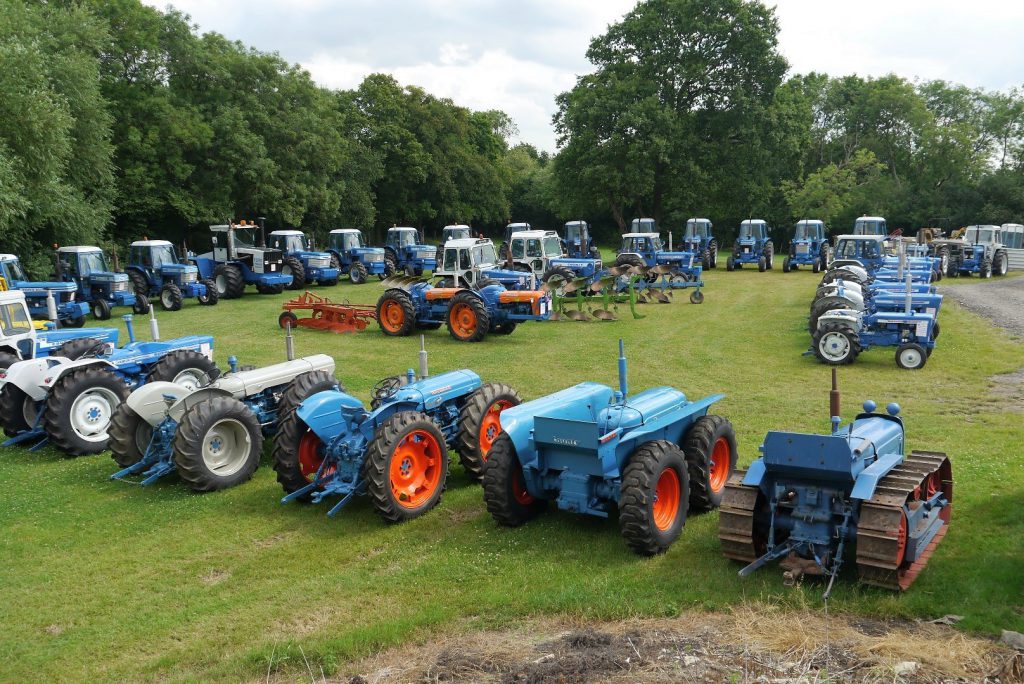 Amassed over 14 years of collecting, many of the tractors on offer are some of the rarest examples of their type to have hit the market – including the uncommon Fordson County derivatives such as the Super-4, Super-6 and a 1957 Four Drive.

Oliver Godfrey, director at Cheffins, explained: “Paul Cable was – at one time – one of the largest agricultural contractors in Hertfordshire, but he decided to retire from the business in 2003 and devote time to his passion for collecting classic tractors, whilst still farming 150ac.

Following a 50-year career in farming, he has decided to retire and sell his collection at one of the most significant on-site sales for machinery of this type to have hit the market for many years.

Also on offer on the day will be a 1956 Land Rover Series 1, which has been subject to an extensive restoration over a three-year period.

“This is one of the finest collections of Ford and Fordson variants. With a fantastic eye and a skill for preservation, Paul’s collection is a Ford and Fordson enthusiast’s dream. The level of interest we have had for this sale has been exceptional and we are expecting it to be incredibly busy on the day,” added Godfrey.

The sale will take place on Saturday, May 12. There will be an advance viewing opportunity on Friday, May 11, at Colesdale Farm, Potters Bar, Hertfordshire, England (EN6 4QZ).

Stay tuned to AgriLand for a more in-depth preview report (in advance of the auction) and follow-up coverage (immediately after). 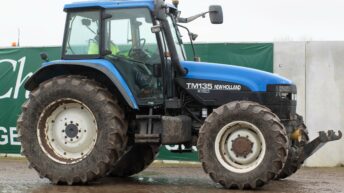