Video: ‘I’ve the cattle factories want – but it’s like a begging game’ 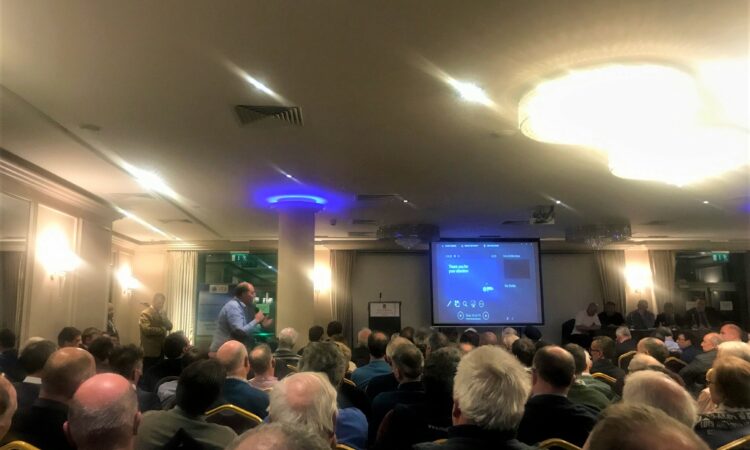 There was no holding back for the embattled beef farmers of the midlands region as they took on the might of the beef industry at a Laois Irish Farmers’ Association (IFA) led meeting last night, Monday, April 15.

More than 350 beef producers packed out a room at The Killeshin Hotel in Portlaoise to hear explanations from Cormac Healy, senior director of Meat Industry Ireland (MII), and Michael Houlihan, sector manager of dairy, beef and lamb, Quality Assurance and Origin Green at Bord Bia, as to why they are back up to €500/head on bulls this year – while the price in other EU markets surges ahead.

After a series of presentations on the industry perspective – that highlighted ongoing EU market volatility, the overhang of additional beef in the EU and price complications due to the uncertainty of Brexit as the key reasons for the stagnant price low – beef finisher Henry Burns gave the top table a piece of his mind.

The Mountmellick producer, who runs a 300ac mixed enterprise where he finishes around 70 suckler cows and some suckler weanlings, keeps a flock of sheep and some tillage too, has been farming for 35 years.

And yet, despite doing “everything by the book” to improve his land, his efficiencies on grass, compact calving etc., he is fighting a losing battle.

“This winter has been horrendous. Right back from September, October, it’s been hard to get cattle killed and every batch of cattle killed is less – particularly bull beef, which is the only beef you can really feed in a shed efficiently.

“No matter what the market place says, you have to be able to pay for the feed; and the bull is the only animal that can convert the feed into money – but unfortunately the price for steer and heifer beef is not good enough to support the feed.

People have tried really hard since 2014 to be more in spec with stock; and I think in general they have taken the message.

“But they have not figured out how to make money out of feeding cattle in a shed – which we have to do for six months of the year.

“A lot of us finishers who would be perceived to having had good single farm payments, because of the losses, are out by a third in a lot of cases.

“We are not going to be able to continue and that is building up on farms; and that’s why we are seeing people move to dairy – even people like myself that are committed to the beef industry have invested,” he said.

He says it’s “unfair” that the beef sector is being criticised for being “inefficient”.

“I’m very proud of the farm and the work we’ve done to develop the farm; physically it works well. We have our mortalities and our fertilities going fairly well and I’m working hard. I’m the main labour element on the farm.

To see prices up in France, Italy, Holland for bull beef, there is just no excuse for what’s happening here.

“In the UK, it’s nearly €1/kg of a change in sterling and that has been totally passed back to us with more added.”

Burns – a former IFA livestock chairman that also previously ran as a candidate for the presidency of the association – says he never expected price to reach such a low point.

“That’s where my figures were – they were realistic, they were the prices I got last year. 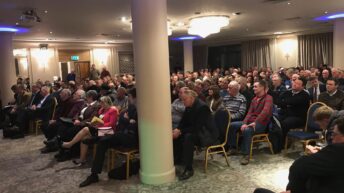