Video: Getting the plough out in Co. Roscommon

For over 40 years, Co. Roscommon farmer Martin Connolly – a participant in the Teagasc Green Acres Calf to Beef Programme – has been purchasing dairy calves and bringing them to slaughter as bulls under 24 months of age.

While Martin also bought suckler-bred weanlings and stores, with the aim of finishing, the calf-to-beef operation has been the dominating enterprise on the farm over the years.

The scale of the operation has increased with the expanding national dairy herd and 100-120 Friesian calves were purchased in spring 2019.

As the availability of dairy calves increased in the locality, Martin decided to concentrate on the calf-to-beef system and stopped purchasing continental animals.

The fragmented farm consists of 60ha – with 22ha owned (home block) and 38ha leased (four parcels); the leased land is within two miles of the home holding. 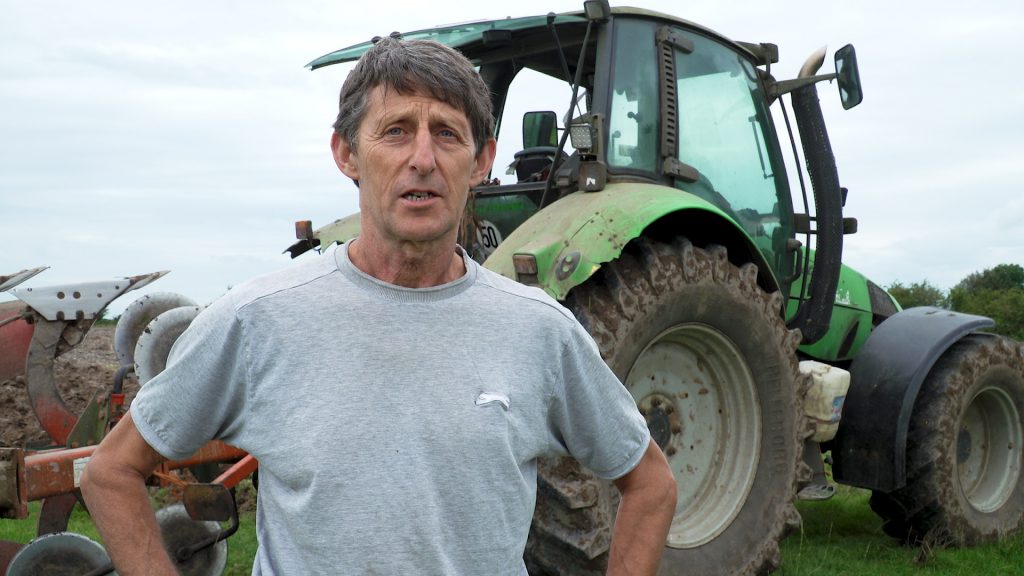 When it comes to sourcing the Friesian bull calves, Martin does so from four-to-five dairy farmers where he has built up good relationships over the years.

By doing so, he knows the health status of the dairy herd and he can be confident that the calf has received an adequate amount of colostrum, and this will reduce the risk of introducing disease onto the farm.

“I’m confident of their health status and the condition, and that’s comfort to me,” Martin said. “We also buy some autumn-born calves. However, we didn’t buy any last year, but the year before we bought some. And, I have 15 of those ready to be housed for finishing.

“We have a good understanding and the calves are in good shape coming from them. They are also inclined to hold them that bit extra for me – over the three weeks’ stage which is a big help,” the Co. Roscommon native added. 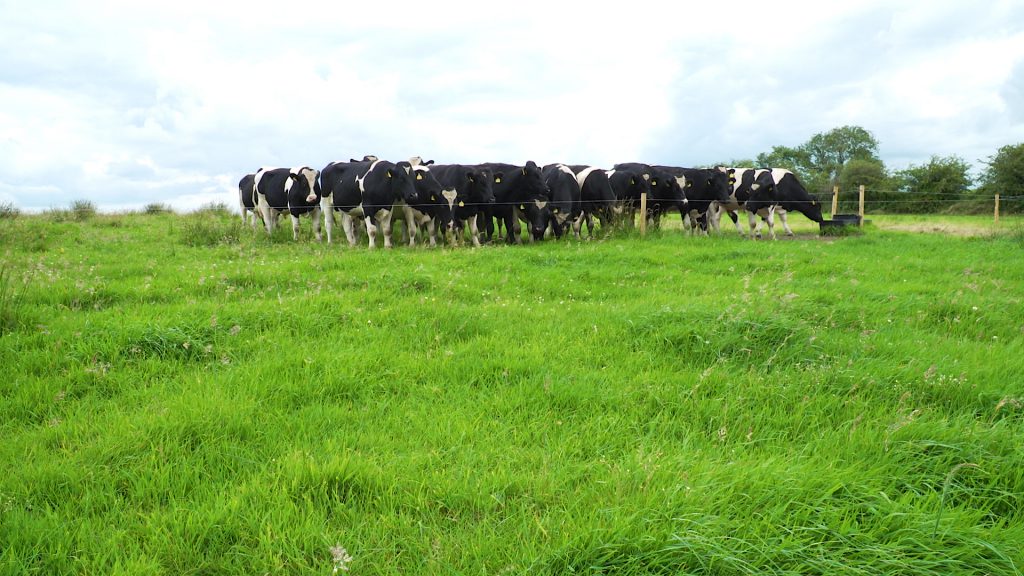 The farm is stocked at 1.6LU/ha. One of the main reasons Martin – who also runs a contracting business alongside the dairy calf-to-beef enterprise – joined the programme was to learn more about grassland management.

At the start of the programme paddocks were limited on the farm. However, this has now changed and some of the land has been split up by temporary fencing. In addition, water troughs and piping were also installed.

“Normally, I would have been grazing large blocks of land; with the year and a half-year-old cattle, we would graze three blocks of rented land.

“So, I would have been moving them every week or 10 days. But, I have since put in a lot of temporary fencing and water troughs, so we have it paddocked out reasonably well, and we move the cattle every two or three days depending on grass,” Martin explained. 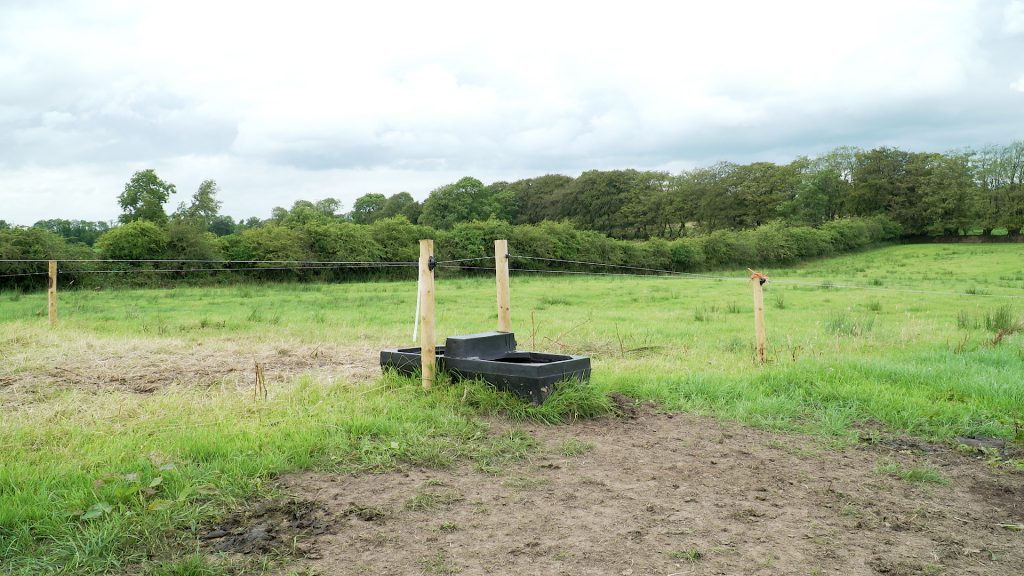 Over the course of the programme, the stocking rate will be increased. Furthermore, a reseeding programme will be implemented. This started this week with 14ac on a rented parcel earmarked for the plough.

The benefits of reseeding include: increased farm productivity; a higher stocking rate; and increased grass quality and utilisation. In addition, new reseeds are much more responsive to fertiliser.

“The last couple of years were difficult; the rushes had come back into it,” he said. “It would be a shallow enough soil.

“So, we decided in the springtime that we would reseed it. It is used mostly for silage cutting – taking two cuts of grass off it and grazing it with the young calves from September on.”

Martin opts to plough and power-harrow, before sowing and rolling the cultivated ground; 2t/ac of lime will be applied before sowing.

Martin plans to sow a perennial-ryegrass mix and apply three bags/ac of 10-10-20; a post-emergence spray will also be applied.

Soil sample results taken earlier in the year indicate that the farm is quite low in terms of pH, phosphorus (P) and potassium (K). Martin intends to spread lime on the land and build P and K levels with compound fertilisers.

Due to the favourable weather conditions in spring 2019, approximately half the cattle were turned out at the end of February on the silage ground and some of the grazing ground; the silage ground was then closed up after grazing.

By improving the quality of the sward grown on the farm, silage quality will also be improved. 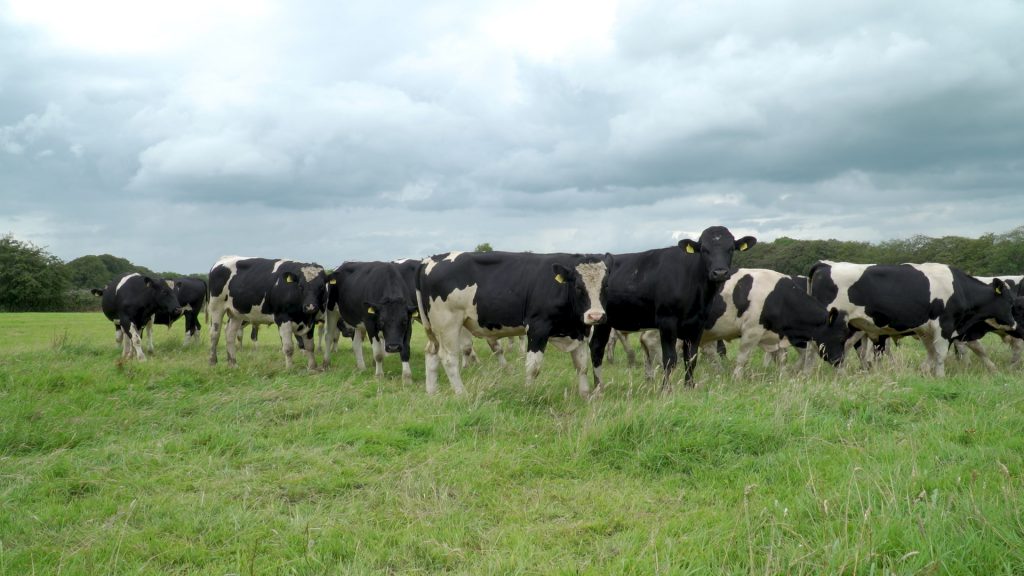 In addition, as a result of the newly-installed paddocks and grass measuring, Martin has increased the number of surplus bales taken from paddocks.

To date, 170-180 surplus bales have been harvested and some strong paddocks also went into the pit as first-cut silage. Every year, approximately 70-80ac of pit silage is harvested on the farm.

Martin also tracks the performance of his cattle by weighing regularly and plans to carry out a mid-season weigh in the near future.

How is the Grange dairy calf-to-beef herd performing?