Video: Can you cut electricity costs on your dairy farm? 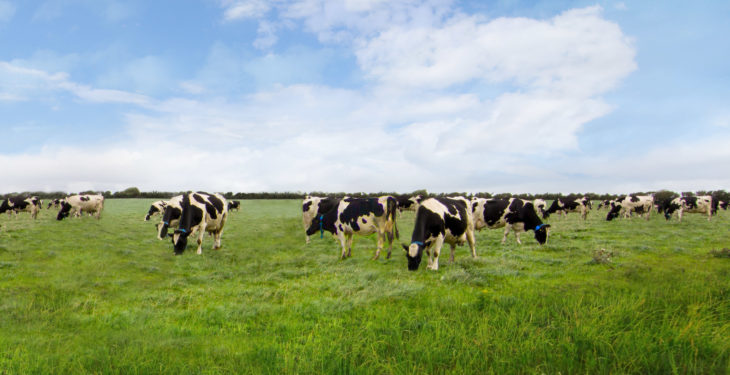 A study conducted by Teagasc researchers, on dozens of Irish farms, found that over half of the electricity bill was accounted for by milk cooling and water heating.

The recent proposal by the Citizens’ Assembly to tax agriculture for greenhouse gas emissions has certainly raised concerns within the farming community.

However, of greater significance may be the introduction of Smart Metering in 2019. This was announced by the Commission for Energy Regulation in September of this year.

The pilot programme, conducted across 8,000 homes and businesses in 2009-2010, included different tariff structures to encourage users to reduce the morning and evening peak demand on the national grid.

The danger for dairy farming is that a similar objective in the future may penalise farms at exactly the time of day that electricity is needed most – morning and evening.

A quest for new technology

In recognition of the challenges facing farmers in dealing with escalating energy costs, Dairymaster embarked on a quest to bring new technology and thinking to help farmers tackle these challenges.

A drive from consumers and milk processors for sustainable, environmentally-friendly primary production is also driving this.

The company’s efforts over the past 10 years have resulted in the SwiftCool range of milk cooling and water heating equipment.

The bulk milk tank is no longer an unavoidable capital cost on-farm. It’s now an investment for the future of milk quality and energy efficiency, that can be expected to repay the initial outlay and much more during its lifetime.

How was this achieved?

First of all, Dairymaster focused its attention on the construction of the SwiftCool milk tank.

By adopting passive house principles, such as the elimination of thermal bridging and the use of thicker, environmentally-friendly insulation, it was able to reduce the heat gain from ambient to a fraction of a degree.

Every 1,000L of milk weighs 1t and so structural integrity was safeguarded by increasing the steel thickness for both the inner and outer shells. The addition of a separate, dedicated chassis construction also allowed the inner shell to be gently supported on a bed of insulation.

Having developed a milk tank to keep milk cool with minimal energy use, Dairymaster turned its attention to the objective of cooling the milk as efficiently as possible from 35° out of the cow to 4° in the milk tank.

In order to further its research and better understand the cooling process, the company invested in a climatic evaluation laboratory in its global headquarters in Co. Kerry. 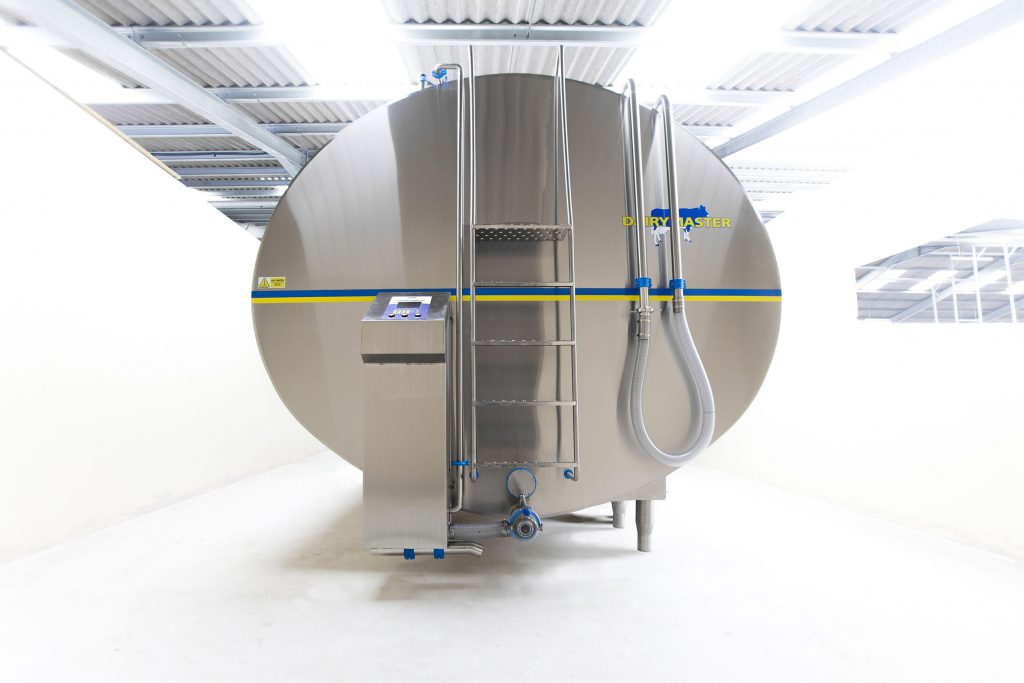 Meanwhile, the company’s software and electronics engineers were working on advanced controls which could adjust the level of cooling required to the level of milk in the tank. These controls automatically started the cooling units and then ramped up the cooling intensity as the milk tank begins to fill with milk.

In addition, the development of automatic “load shifting” algorithms meant that up to a quarter of the annual cooling could be automatically moved to the night rate. This is a technology that will be even more important in the smart-metered future.

Having minimised the energy usage and the cost of cooling, Dairymaster then focused on making sure the heat taken out of the milk didn’t get blow away. It needed to be captured and used to offset another energy cost on the farm – water heating.

Desuperheating heat recovery systems were already available on the market at the time. But, with a payback of 7-to-ten years, the company knew that it needed to offer farmers a superior technology.

This lead to the introduction of the SwiftCool Duo heat recovery system, with very impressive results.

Heat recovery rates were four-to-six times faster, while the system delivered a minimum hot water temperature of 55° compared to the typical 35-40° achievable in typical Irish ambient temperatures for conventional desuperheating. 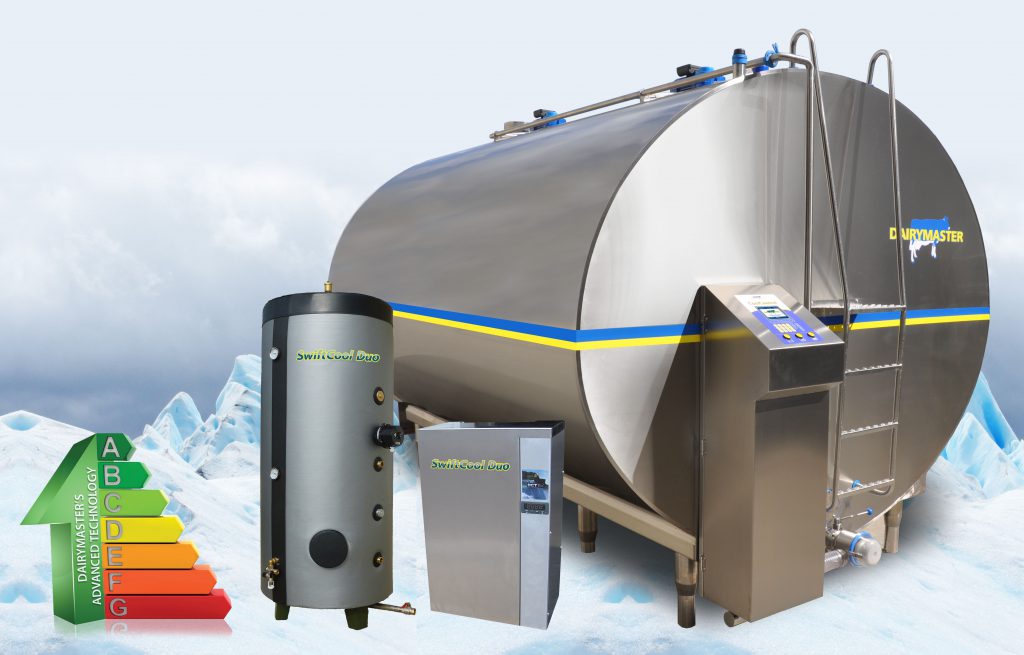 Throughout the journey, Dairymaster also developed a number of other breakthroughs and innovations. These include the blockage-free wash system, precision temperature measurement and the first milk cooling tank incorporating two-way remote communication and control.

Dairymaster recently launched another significant development. For the first time ever, farmers can remotely control and monitor their milk tank in real time from anywhere in the world via an app – the SwiftCool App.

The SwiftCool App works in tandem with the CoolControl tanks and has the power to give real time information about the status of the tank and follow up on commands given. 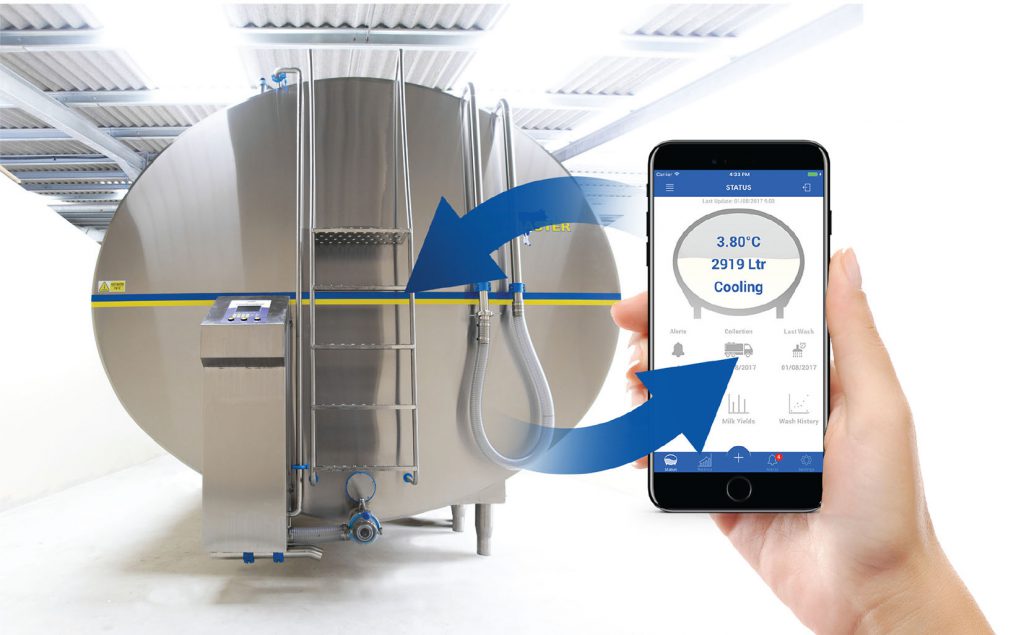 If the milk tank is your bank, then the new Dairymaster SwiftCool App is your internet banking. All information related to the tank can be viewed at a glance on the intuitive dashboard screen.

It records the history of temperature, wash cycles, collection cycles, temperature washing and much more. It gives the farmer the power to ensure that milk is in the best possible condition before it leaves the yard.

This SwiftCool technology will have a direct benefit on the sustainability of Irish dairy farms and of the industry.

With the SwiftCool App, you will have the peace of mind of knowing that not only is the milk in your tank being monitored 24/7. You will also know that the monitoring system itself is operating optimally.

The combination of the advances in milk tank design, milk cooling efficiency and heat recovery effectiveness means that the typical farm can expect to save thousands of euro in electricity costs. Click here to find out more