Video: ‘Black beauty’ Fendt fleet is a familiar sight in the north-west 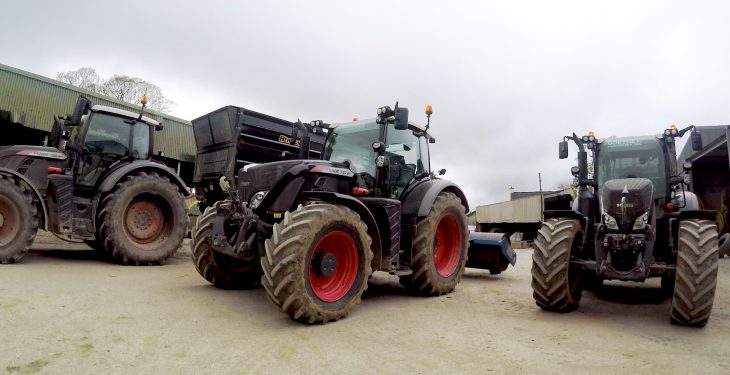 Agricultural contracting businesses can sometimes happen by ‘accident’, when farmers progressively expand and employ their own machinery to do the work on the farm. Before long, some start working for neighbours and, eventually, become contractors.

Gorthill Farm Contracting doesn’t fall into this category, however. It was established in the early 1990s by brothers Johnny and Ryan Boggs, who grew up on the 260ac family dairy/beef farm close to Eglinton, Co. Derry.

“Our father was a dairy farmer and his father before that, but we always had a passion for machinery. As soon as we finished school, it was agri contracting and that was it,” the brothers explained.

“We were lucky enough to have our own equipment already on the farm to help us get going. We initially worked for neighbours until we gathered enough money together to buy a Welger round baler; that was essentially the start of the business.”

The brothers gradually built up the business over the past two decades to offer other services including silage harvesting – initially starting off with a trailed Mengele harvester cutting 500ac. 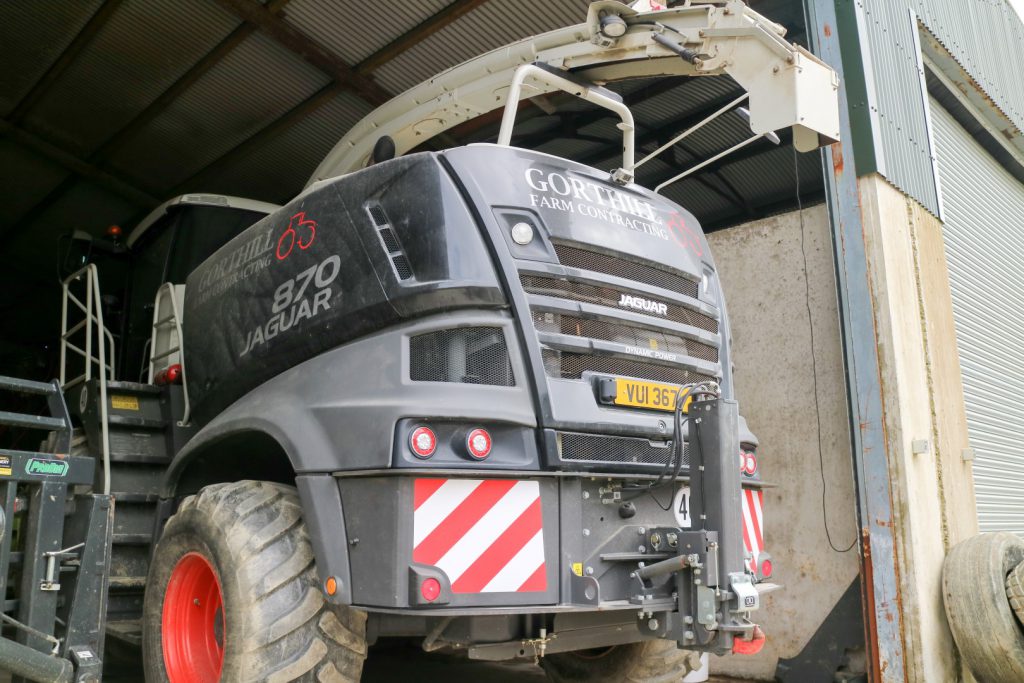 They increased output and efficiency, purchasing their first self-propelled harvester – a second-hand Claas Jaguar 850 – which was changed four seasons later for another second-hand Claas machine – this time a larger 870 model. This machine was then recently changed to a new Claas 870 in 2016. Nowadays, Gorthill harvests over 3500ac of silage, along with about 700ac of whole-crop. 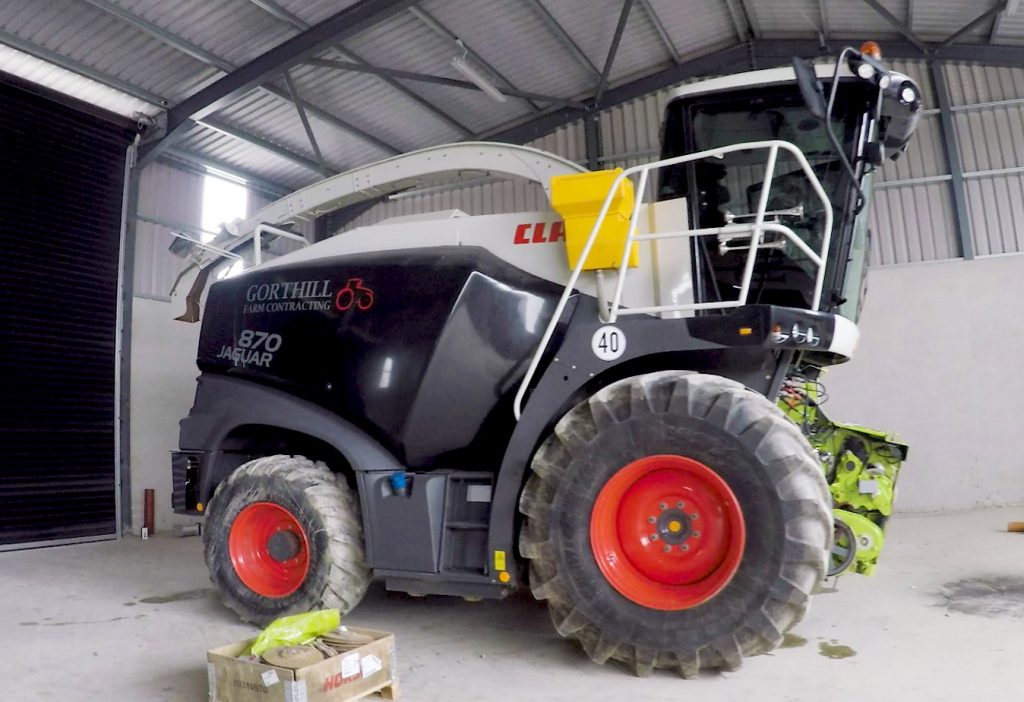 “The key to our business is customer service. We still work for some of the same customers since the very start and have built up a reputation for reliability and efficiency,” explained Johnny. This attitude to customer service has allowed Gorthill to expand considerably over the years – to now offer many different services including: silage and whole-crop harvesting; baling (large square and round) and wrapping; slurry (conventional tanker and umbilical); ploughing and sowing of all types of crops; dung spreading; spraying; and combining.

The brothers employ four full-time employees, with an extra three brought on during peak times. They use “some of the best machinery available on the market” to boost efficiency and reliability. To keep the wheels turning, a strict service and replacement schedule is adhered to.

“We only service the machinery ourselves here; all major mechanical work is sent back to the main dealer. This allows us to keep the wheels turning,” said Ryan. By sending machines to the main dealers for repair might mean a higher cost than doing it themselves, but this approach does offer the added advantage of a warranty and ‘come-back’ – in the event of something going wrong during the busy season. 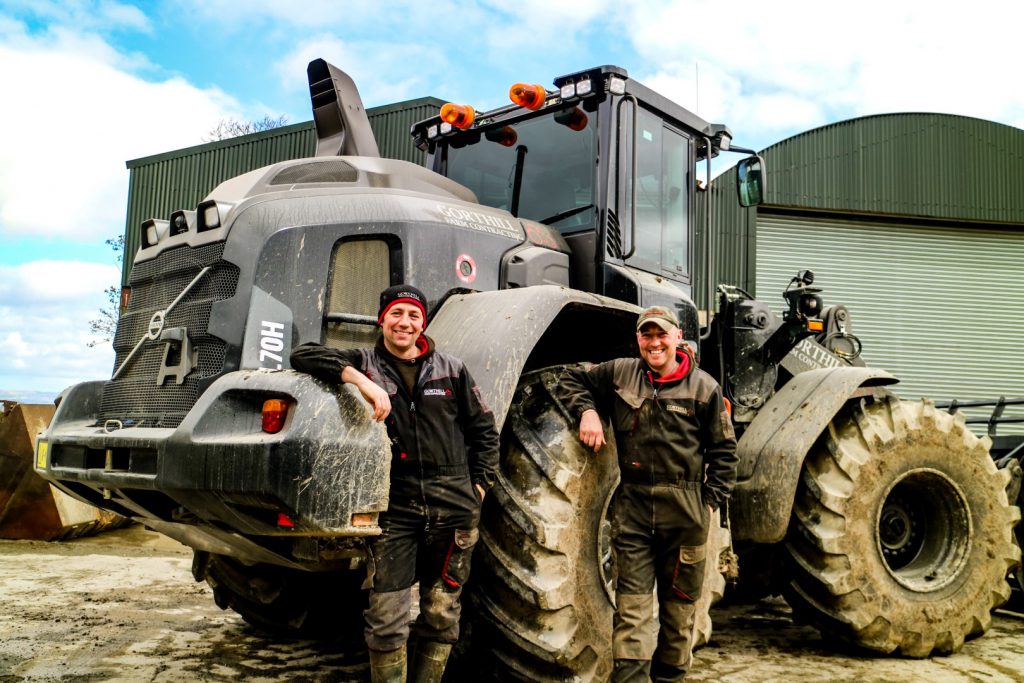 As far as updating machinery goes, the tractors are kept for, on average, 4,000-5,000 hours or three-to-four years. “We change the tractors regularly to ensure reliability, but also for value,” said Ryan. “The dealers want second-hand tractors with low hours that are only a few years old, so they offer us a good price to change. It works both ways.”

The relationship between Gorthill and its dealers is vital as Ryan explained. “Dealer support is crucial to our business, due to the fact that we are often fighting against the weather and tight deadlines. If a machine is broken, we need it either fixed or replaced ASAP. We are lucky to have the dealers we use and we cannot fault their service or back-up. It’s one less headache to worry about.” 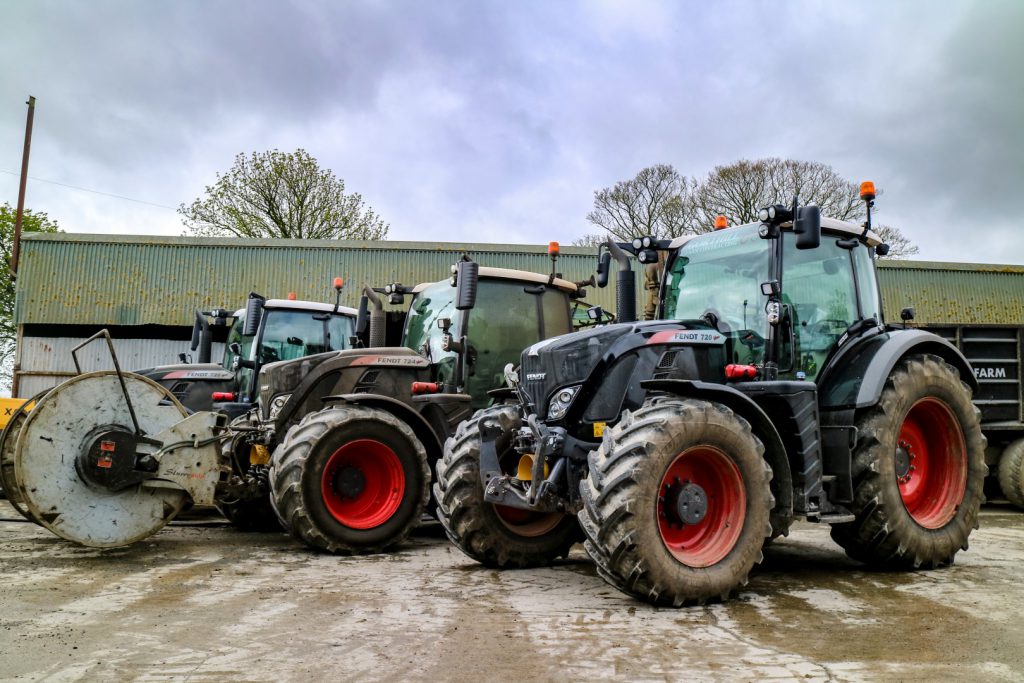 Standing in the farmyard and looking around at the machines, one thing certainly stands out that they all have in common – they’re almost all black.

It started when we saw a new black Fendt 936 in Agritechnica. We decided – when we purchased five new Fendt tractors the following year – that they had to be black. It kind of stuck with us since; it makes us stand out from the crowd.

“All the tractors are black, the Claas 870 self-propelled is black, all the trailers and tankers are black and even the new Volvo L70H loading shovel is black. It really is a sight to behold.” 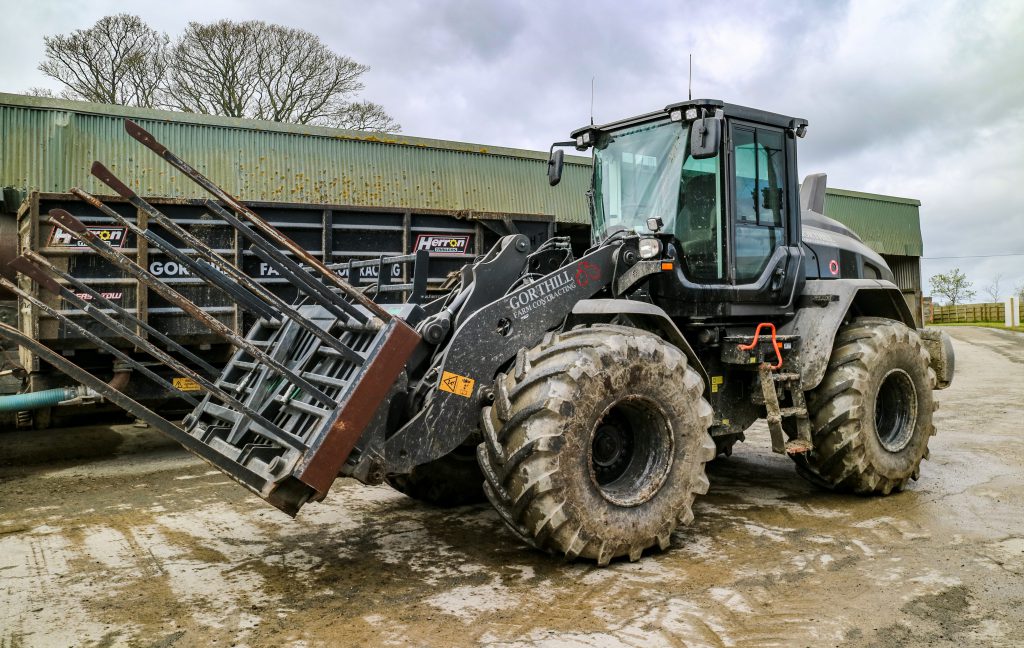 So why Fendt? Ryan told me: “We initially started off with Massey Ferguson and then changed to John Deere. In 2003, we purchased a Fendt 818 and I was the only person who drove it that year; it was extremely comfortable and a pleasure to operate – not to mention the reduced running costs. Sure; they are premium tractors to buy on ‘day one’, but you save it on fuel and running costs – without a doubt.”

Today, Gorthill has an impressive line-up of six black Fendt tractors – a new 724 Profi Plus (which does the sowing and mowing), a new 720 Profi Plus (with full auto-steer fitted, for spraying) and four standard 720s.

“We are delighted with Fendt to be honest,” said Johnny. “The dealer support from McElderrys, as well as from Fendt itself, is superb. We chose the 700 Series tractors because they are best suited to our system; they are powerful enough to drive butterfly mowers, yet compact enough for a front loader. They are real all-rounders.”

A refreshing trait that is evident in the Boggs brothers is their attitude to change and diversification. “We try to find a niche service to offer our customers, which started back in the early days when we purchased the first large square baler in the north. Now, there are numerous such machines around.

“We have also since diversified into willow harvesting during the past 15 years, using a specialised Claas 890 fitted with a CRL harvesting head. More recently, we have started to offer a mulching service,” explained Johnny.

The Gorthill farmyard itself is in the final stages of being converted into an anaerobic digester plant, which will be fuelled by a combination of silage, whole-crop, chicken manure and slurry produced on and off the farm. The plant will be capable of producing 500kW of electricity per hour, by burning gas produced in the plant and feeding it back into the national grid.

So what does the future hold for Gorthill Farm Contracting? “We aim to continue to offer our services and keep our customers happy. Without them and our employees, we wouldn’t be in business,” said the brothers. 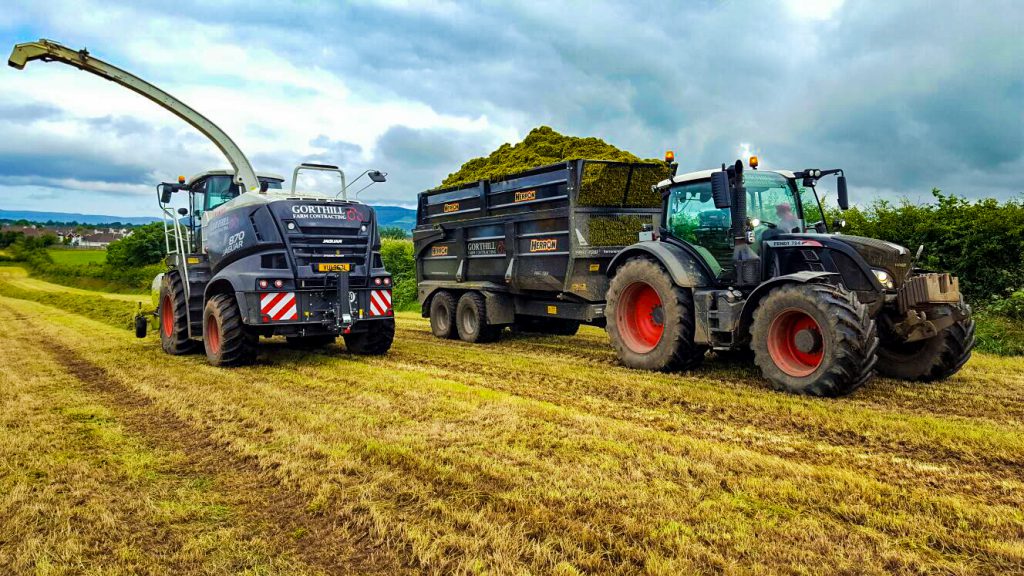 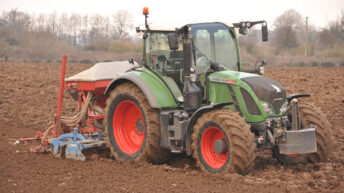