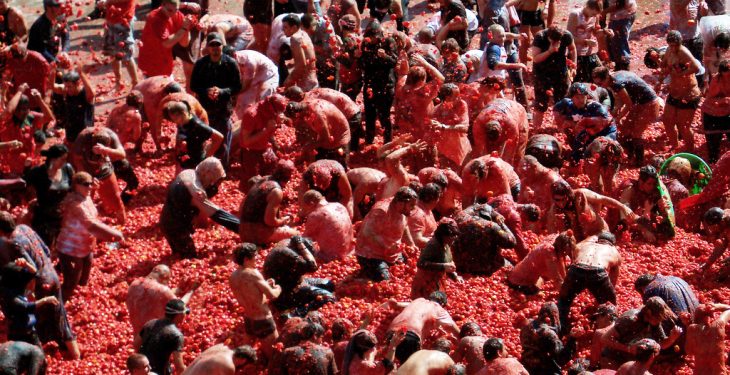 Spain’s summer glut of tomatoes is so immense that one town in the province of Valencia holds the Tomatina, a glorious festival of milling the fruit at other tourists.

But growers there have seen rough conditions since the start of the year, and a shortage is sending tomato prices skyrocketing in Spain and Italy – and all over Europe.

Bulk prices have been well north of their top prices over the last five years, with the EU-wide price index up 45% on its April average, according to figures released yesterday by the European Commission.

It might have to be ‘pasta solo’ for many in Italy, where prices for the basis of the staple ingredient were a whopping 75% above average last month.

Alan Kelly of Golf Road Nurseries in Rush, Co. Dublin grows tomatoes, and says the conditions were all wrong in southern Europe.

“The reason [prices] would be up in Spain would be the bad weather they got which would have pushed the prices up in Spain due to the lack of them, basically.”

In Spain they had the snow there about two months ago and conditions that they hadn’t got in 20 years. It’s been really bad. Plus they’ve had rain, and then you’ve the other extreme – drought. They’re the conditions that have caused the recent lack of produce coming from Spain.

Growers in North Africa were affected by similar conditions, and imports of tomatoes from Morocco are also down despite high prices. But Kelly says neither Irish farmers nor consumers will see much of a difference.

“In the wintertime they come from Spain and Morocco and then from say, December, January on I think most tomatoes come from Holland.”

“We’re in season now; we’ve started harvesting about three weeks ago and we’ll harvest now until the middle of November.

Growing conditions here have been fairly favourable, he said. “So far so good. Up to about two weeks ago, the light levels were down. Since then light levels have increased, which all helps with the ripening process and everything else.” 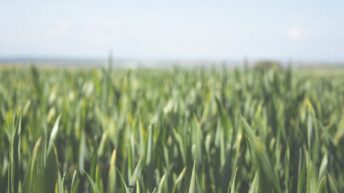