Dairy breeders had lots to celebrate with a strong showing from both breeders and youth participants at the Emerald Expo in Virginia, Co. Cavan, last Saturday.

“As far as exhibitors showing cattle it was probably the most successful show we’ve had,” said Richard Whelan, Chairman of the Irish Holstein Friesian Association. “We didn’t have to go ringing breeders to show cattle. Some years you’d have to chase men to get entries.

“This year I was surprised. There was none of that. There were good classes of cattle – a very high standard,” he said.

Donal Carey, a Field Officer with the Association, described a packed schedule: “There were varied classes. You had dedicated classes for our young members and the showmanship league. There were colour breeds, then back into the Holstein Friesians again, young stock up into the intermediates and the senior championships,” he said.

In the Glanbia Senior Cow Championship, Hallow Attic Christina, bred by Philip and Linda Jones, will be taking the Seamus Kelly Perpetual Trophy home to Co. Wexford. IHFA Chairman Richard Whelan gave the animal high praise, saying it “could stand up at any show in the world”. The reserve champion was Clonpaddin M Cyg Fame ET, bred by James Mulhall.

In the Youth Showmanship Championship, Hollie Keenan took the top spot, with Lauren O’Toole placing as reserve champion, and an honourable mention going to Jamie Keenan. 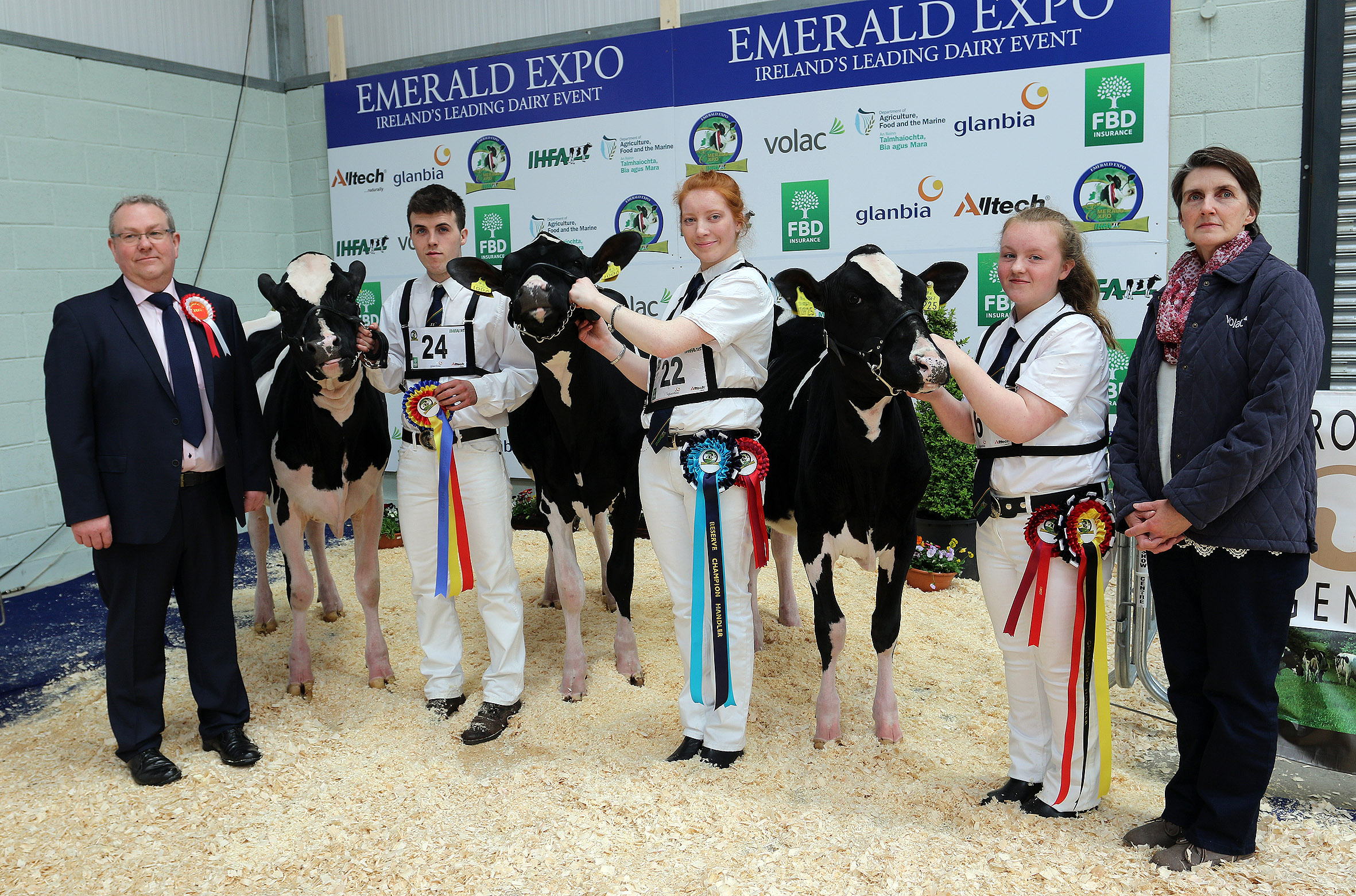 “That was better than normal,” Carey said. “I counted 37 entries in total across three different classes, which is very strong, particularly in the younger age group. We had about 18 in that one.

“That just shows you the enthusiasm that the young people have for their calves and for farming in general. It’s a great healthy interest if they have it.

“Our next big thing would be our open day on July 6. That’s an annual event that we try to move around the country to try and showcase where the Holstein Friesian breed is delivering on all different geographic areas and soil types,” Carey said. “That’s being hosted by the Crossnacole herd of Victor Jackson this year.”

The full list of Emerald Expo category winners is available at ihfa.ie.

'Charolais' – the cow-themed drama – now on in Dublin Theatre