Varadkar on income tax: ‘I want full equality for self-employed’ 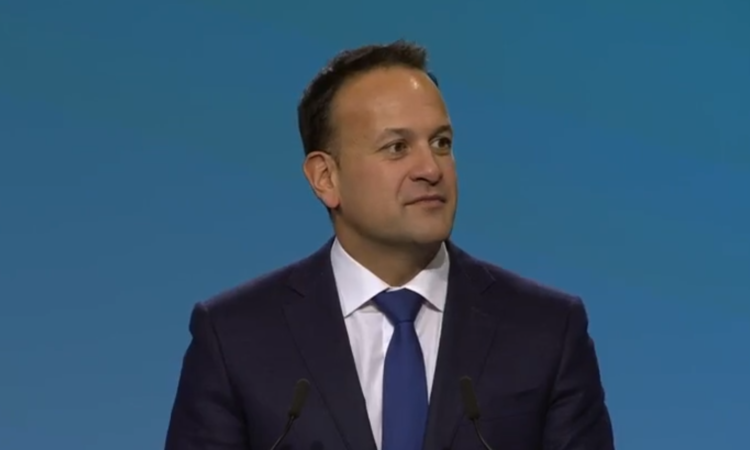 Full equality for self-employed workers regarding income tax was one of the main promises made by An Taoiseach Leo Varadkar at the 79th Fine Gael Ard Fheis over the weekend.

Giving the leader’s speech at the event on Saturday (November 17), the Taoiseach also promised a “safety net” for self-employed people who lose their jobs “through no fault of their own”.

Varadkar noted that the top rate of tax is paid on incomes of just over €35,000 – something he said discourages people from entering the workforce and “makes it harder to attract good jobs and talent to Ireland”.

He committed to increasing the cut-off for this top rate of tax to €50,000 for a single person or €100,000 for a two-income couple over the next five budgets.

“I’ll never be found wanting when it comes to standing up for the self-employed – our shopkeepers, our solicitors, our auctioneers, our plumbers, and our farmers,” he said.

“I know how hard the self-employed work on every main street, side street, and shopping centre in Ireland, and in every small business. They create their own jobs and create jobs for others.

“I know the risks they take, and I know how hard it can be to do the simplest things like take a day off for a family funeral or a First Holy Communion.

Now I want full equality for the self-employed when it comes to income tax. There’s no reason why someone who’s self-employed should pay more income tax than those of us who are PAYE.

“And a safety net for a self-employed person who loses their job or business through no fault of their own,” the Taoiseach promised.

Turning to environmental issues and climate change, Varadkar described Ireland as a “world leader on recycling”, adding that the country must now go “from laggard to leader on climate action”.

The Taoiseach said that the country must meet its 2030 targets for carbon emissions and renewable energy.

“We will: transform Bord na Mona into a green semi-state generating renewable energy instead of generating carbon; end the purchase of dirty diesel buses in our cities; and invest in forestry to transform farms from carbon emitters into carbon sinks that produce timber products which in turn can replace plastics.

“New laws will protect our environment as we: ban micro-beads and smoky coal nationwide; and implement an EU-wide ban on single use plastics.”