Amid the hype and hysteria of Agritechnica last year, Valtra’s new S Series tractor took pride of place in its stand at the event.

The updated S series which was launched in late 2013 is the fourth generation of the series. Valtra says the new version powered by the 8.4 AWF AGCO Power engine features a new look, increased power and new features.

It claims the engine is Tier 4 ready, and it’s capable of doing any job that comes farmers way. According to Valtra the AGCO Variable Transmission and the Twin Turbo system delivers the power you need, where you need it. In its opinion efficiently, cleanly and reliably.

Of note on the new machine is the linkages that are integrated with the frame and can carry 12 tonnes of implements at the rear and five tonnes at the front. Valtra says the hydraulics produce 175 litres per minute through a maximum of six valves. It claims the fuel efficient engine and powerful hydraulics can generate savings worth tens of thousands of euros per year.

Valtra says the new S Series tractor is built for a long day’s work. It says when farmers put themselves in the cab and the day won’t feel so long. The new update comes with the optional TwinTrac reverse drive system, which the company says farmers can work just as efficiently forward and reverse.

It believes this really saves operators back and neck in demanding tasks like mowing, crushing or chipping. In the spacious cab, with AutoComfort 4-point suspension and the ergonomic Valtra ARM with a colour display, you can work all day and be ready for more.

Valtra stress that the S Series tractor is a big investment that pays a reliable return. New technology in the S series AgCommand means you can keep track of where your tractors are, what they are doing, and how the engine is running.

The Valtra S Series is available in Europe, South America, Africa and Russia. There are four models available from 270-400 hp as can be seen below: 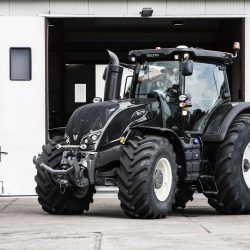 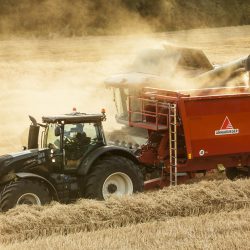