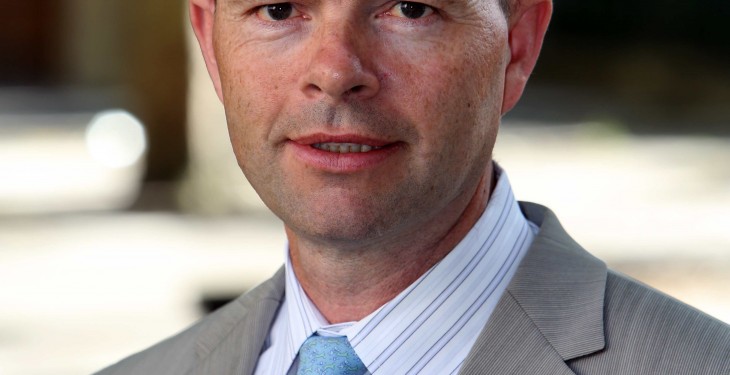 AgriLand caught up with Joe O’Flaherty, ceo of Animal Health Ireland, where he provided an update on its programmes and the big issues facing the sector in 2014.

First things first the ceo hailed the Animal Health Ireland  BVD eradication programme as one of the big successes of 2013.

“2013 was the first year of this compulsory programme. We co-ordinated it across the industry. We are happy with what was achieved in 2013 and with the outcomes. The disease is along the lines of what we have predicted. Farmers invested financially in the scheme bearing the cost of tagging and analysis, the programme was very well accepted by farmers. We now hope that farmers will see the benefit of the programme in the 2014 calving season onwards with a good reduction in BVD and PI levels nationally.”

O’Flaherty did however note more work needs to be done on communication the best practice of slaughtering PI animals.

“Slaughtering for BVD is not compulsory. It is an industry-led programme, so there is no slaughtering compensation for the farmer. We try to consistently communicate that keeping PI animals is not good. It will damage the profitability of the farm. Animal health Ireland will continue  to communication that message in 2014.”

To date some 9,000 PI animals have been slaughtered and some three per cent of farms nationally are infected, according to O’Flaherty.

“We would be encouraging that three per cent to move and get rid of their animals before the start of the breeding season in 2014.”

In addition, he noted the movement of these three per cent of animals are restricted. “They cannot be sold off the farm and they are a substantial risk to the rest of the herd. So we would encourage slaughtering.”

In terms of the CellCheck, the ceo explained AHI’s investment over the past three years in developing this programme.

“There has been a big communications effort,” he said and referred to key guidelines, videos and articles. Also vital to this programme is the training element.

“We provide training to service providers such as vets, milk recording mechanics, Teagasc advisors, dairy co-op advisors among others. Some 100 farmer-training sessions took place in 2013 where more than 1,200 farmers took part.”

He stressed that there is a big push in AHI to increase this effort. “We will be increase our courses in 2014.”

In terms of a national SCC database, he said AHI’s linkage with the Irish Cattle Breeding Federation was key.

“A national database allows information to be communicated back to the farmer, to the processor and it also gives great knowledge on the national herd situation.”

A key message AHI wants to relay is that herd health is key to profitability and efficiency.

“The control and reduction of SCC will increase farm profitability that is a key message we want out there and it is proving successful.”

The ceo also had high praise for its Johne’s Disease programme, which he described as “world class”.

“In our dairy herd pilot project by the end of October we had 1,700 farmers signed up. We will have the process open until February and we are expecting up to 2,000 farms to be signed up. We have a very good handle of this issue.”

Similar to the other programmes, data on all testing of milk samples and blood samples are fed back to the Irish Cattle Breeding Federation. In addition, on-farm risk assessments are under taken.

The AHI is currently reviewing the pilot programme, it terms of assessment and its cost structure.

With IBR, O’Flaherty said its resources here are focused on information and advise, and it is hoped that a pilot programme will be established in 2014.

“We want to see solid BVD progress before we start a national IBR programme. IBR is an important issue and it does have implications when sending live animals abroad. We will address it in the long-term, the timing is just not right yet.”

Its other awareness programmes are going from strength to strength. With CalfCare a number of events in-conjunction with Teagasc are under way in the New Year and with its Parasite Control information drives across Ireland’s marts are also in planning.

“One aspect with working with the Irish Cattle Breeding Federation in 2013 was with Liver Fluke and the linkage with many meat processors. This project captures real-time Liver Fluke information and detection, and a relays that information back to the processor, the vet and the farmer. For 2014 we will be encouraging all meat processors to take this on board to put all this information on a common database with the ICBF to improve the database of the national herd.”

In conclusion, the AHI ceo stressed herd health was key to profitability and productivity in the year ahead. “These valuable assets are worth protecting.”