Vaccination, ventilation and 100% AI on suckler-to-beef farm in Co. Kerry

Who could forget how the spring and summer of 2018 played out. This, coupled with the early housing of beef cattle during the back end of 2017, led to increased costs in terms of meal, silage and veterinary bills – mainly due to an extended housing period.

Speaking at the National Beef Conference recently, James Flaherty – a suckler-to-beef farmer – gave an informative and honest talk on how his farm fared during the extreme weather conditions; he also highlighted his future plans.

Farming in Castleisland, Co. Kerry, James and his father bring all suckler-bred stock to slaughter in conjunction with a dairy calf-to-beef system.

The farm stretches across 41ha; 17ha of which are owned while the remaining 24ha are leased close to the home farm. There are 1.5 labour units on the holding as James also works full-time off-farm. 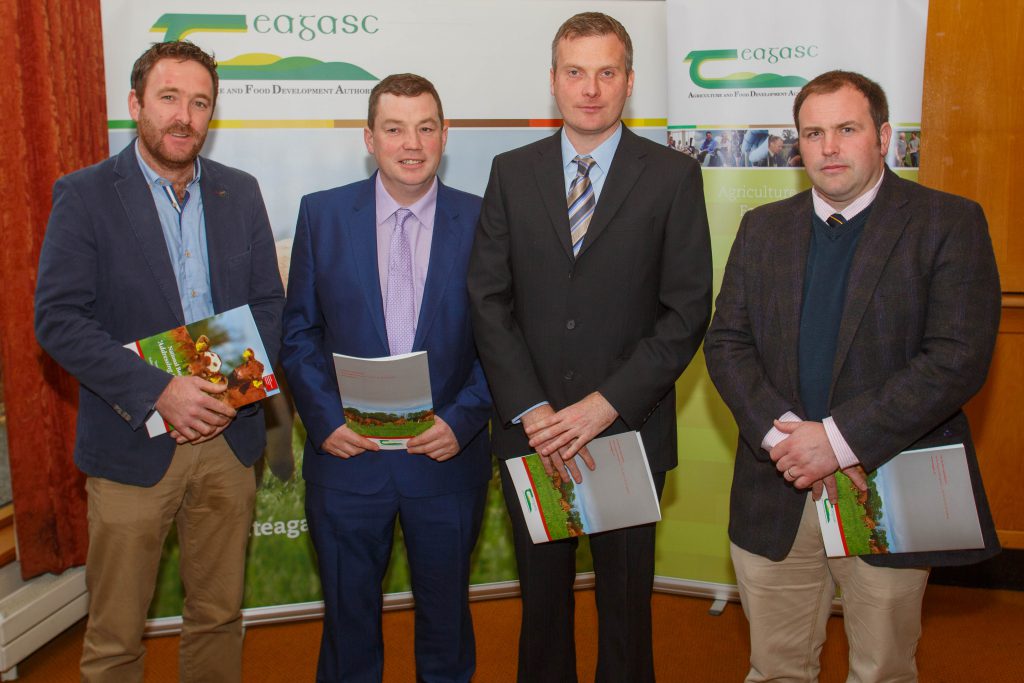 Pictured at the conference: James Flaherty; Shane Gleeson; Alan Dillon, Teagasc; and Richard Milligan outlined how their farms fared during the year

Previously, James operated a suckler-to-weaning operation; however, he has recently moved to bringing all progeny to beef with a stocking rate of 1.76LU/ha. Bulls are targeted to be finished under-16 months and the heifers at 21 months.

“We came from dairy 15 years ago and – in 2010 – we decided to go into sucklers. We used to sell weanlings in October/November, but then moved to finishing everything.

“Last year we went into dairy calf-to-beef; we bought 30 animals to improve output and they were weaned and reared when we got them and they went straight to grass,” the Kerry native explained.

Like the majority of farmers around the country, James had his fair share of problems during the spring of 2018.

After initially getting fertiliser out in spring, the weather conditions changed for the worse and James was forced to re-house some of his cows and calves.

“We got fertiliser out during the first week of February and ground conditions were very good at the time. In March, we decided to put out 30 cows that had calved.

“However, the weather deteriorated badly and we brought them in and then that’s when we got hit with pneumonia,” he explained. 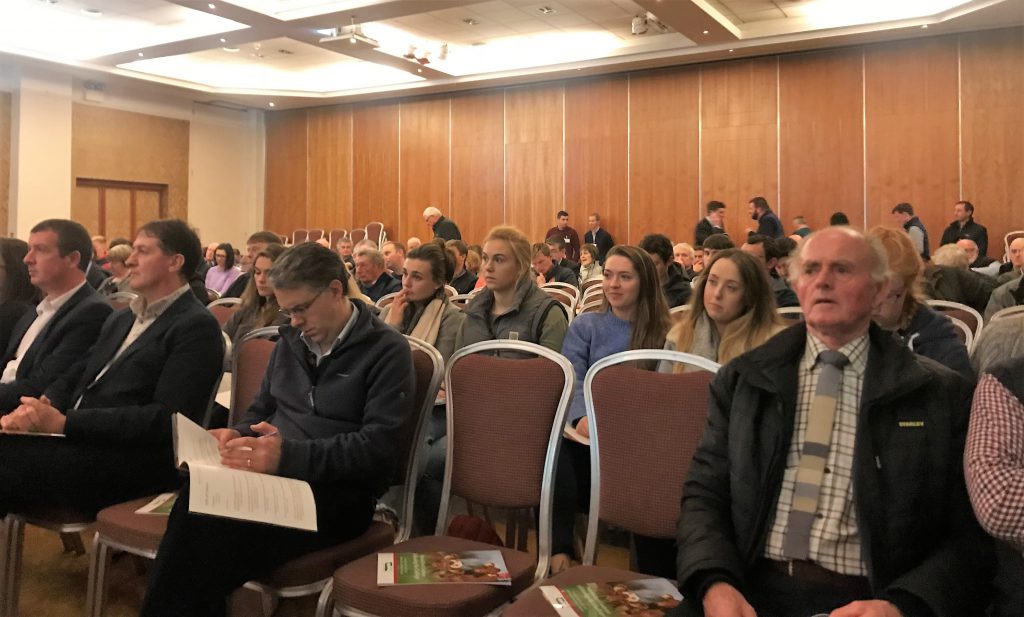 James pointed to ventilation in his winter accommodation as a major problem. He said: “Ventilation inside in the house was a big issue.

“Unfortunately, the pneumonia outbreak ensued the main shed, with a number of calves falling victim. In total, 14 calves and three cows were lost.

“It was huge for a farm that would only lose one or two throughout the year; but we have made changes for the coming winter,” he explained.

James and his father have made changes to his housing for the winter period ahead. Firstly, with the help of his local vet and a representative from MSD Animal Health, James looked at different options to ensure the housing had sufficient ventilation.

“We had one slatted unit in front of another one that was blocking a lot of air coming in. We decided to lower walls to 7ft and put space boarding up.

I also moved the creep area out to the front so that the calves are getting air first.

A slatted shed was leased nearby to reduce pressure on stocking rate in the sheds in the short term. In the long term, James will build additional accommodation on his own farm to cater for increasing stock.

A vaccination plan was put in place and all calves that were remaining were vaccinated for RSV, Pi3, and IBR intranasally; these vaccines were followed by a booster shot at a later date.

“The vet bill was extremely high, but we had never really vaccinated against anything before, so it was a case that we were sitting on a ticking time bomb; it just wiped us.”

When asked whether he will continue to vaccinate in the future, he replied: “Yes, without a doubt”.

“What I went trough this year, every morning in the yard with the thermometer in your top pocket, you just don’t know what to expect; it was sole destroying,” he explained.

‘I’ll be sticking with AI without a doubt’

The amount of suckler farms in Ireland using AI is low; somewhere in the region of 23% of progeny from the suckler herd were bred to AI in 2017.

Some of the reasons for this can be attributed to part-time farming, poor-handling facilities or land fragmentation; however, each individual farm is different. 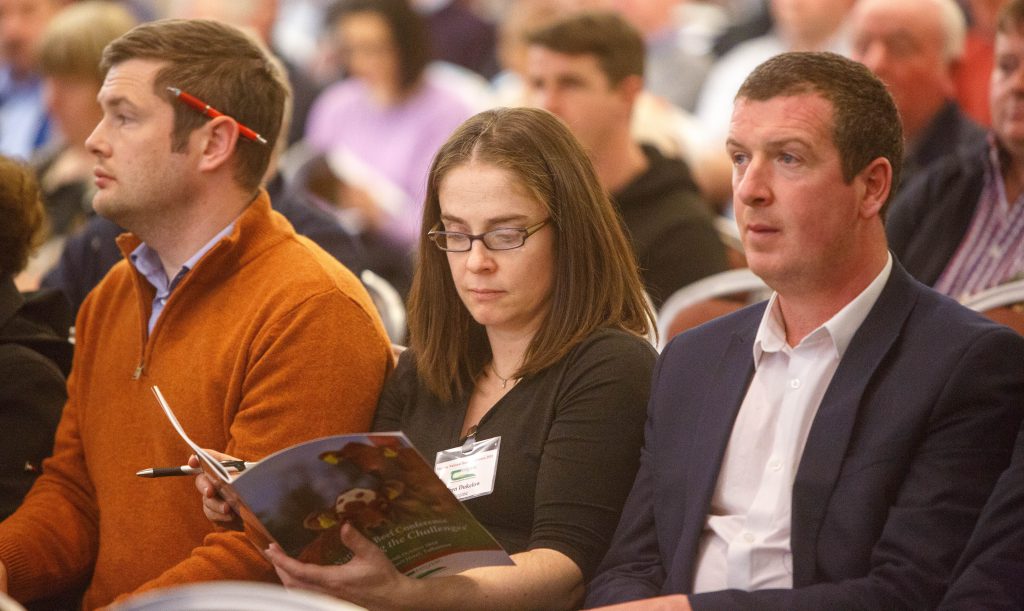 When James made the switch from dairy to sucklers, a stock bull was always used. However, James moved to 100% AI; something he is extremely happy with.

“Since 2010, we were always using a stock bull. When we decided to go finishing cattle, our stock bull was not producing the animals that I wanted to finish,” he explained.

Touching on heat detection methods, he said: “I work off-farm and my father is home full-time; we decided to go with Moocall HEAT. My cows were constantly getting fresh grass so it was very easy to move them.

James outlined that within five weeks, he had a 100% detection rate and out of the 46 cows inseminated, 44 held in calf.

“There was a bit of work in it at the start, but after three days, I’d just open the gate and they would follow me; once they knew they were getting fresh grass. I’ll be staying at it without a doubt,” he added.

James had to ensure he made up for all his fodder reserves used up last spring. Therefore, he purchased standing meadows nearby.

James made a total of 875 bales which leaves room for a reserve; the cost of these bales amounted to €4,000 extra in feed costs.

Naturally, there will be a reduced output for 2019 due to higher levels of calf mortality and James estimates that his total costs for the spring and summer – between the vet bill and extra silage bought – at approximately €17,000.

While James’s plan remains on track, it will take one or two years longer than expected to hit his targets.

“I’m looking at 2020 or 2021 before we get back up. Because of the stock that we lost would be the stock that would have been finished this time next year,” he explained.

However, the Kerry farmer will continue to produce beef, stating: “I would prefer to stick with the sucklers; we’re beef farmers and that’s what I want to stay at.”

Contract heifer rearing: Here's the pros and cons from a farmer's perspective

Factory quotes: No move in base price but ‘top ups’ available

LDCs stress LEADER priorities to ministers ahead of Budget 2022